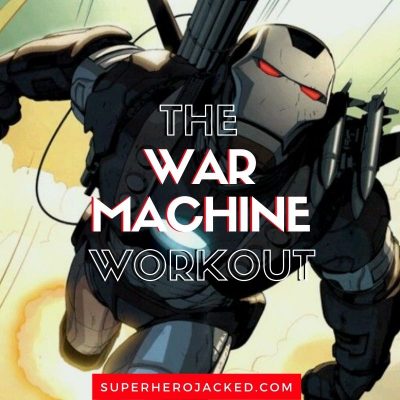 In the last article we drew inspiration from Spidey with a Miles Morales Calisthenics Workout, and now we’re back for a War Machine Workout.

This will actually be the first time War Machine hit the site (second time we had seen Morales), and he was requested after we finally got an Iron Man Workout just a couple weeks ago.

And this one is actually going to be another fun one, adding into our Calisthenics Workout Database within the whole slew of nearly 1,000 workouts within our Workout Database, as we’ll be building it around the fact that James Rhodes is a Marine, making his character extra fun to work with.

We’ve seen a few other characters that are part of the Armed Forces, but we’ll specifically be utilizing calisthenics for Commander Rhodes!

War Machine’s 6’1, 240 pounds is actually massive if compared to the majority of celebrities we’ve seen here at SHJ.

To compare that to Dwayne Johnson, he’s 6’4 at the same weight! 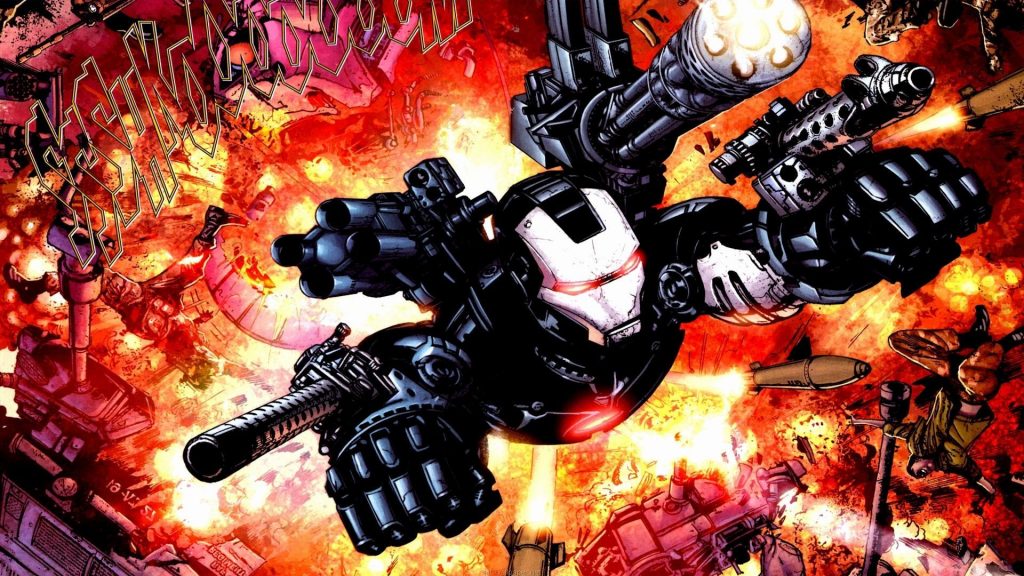 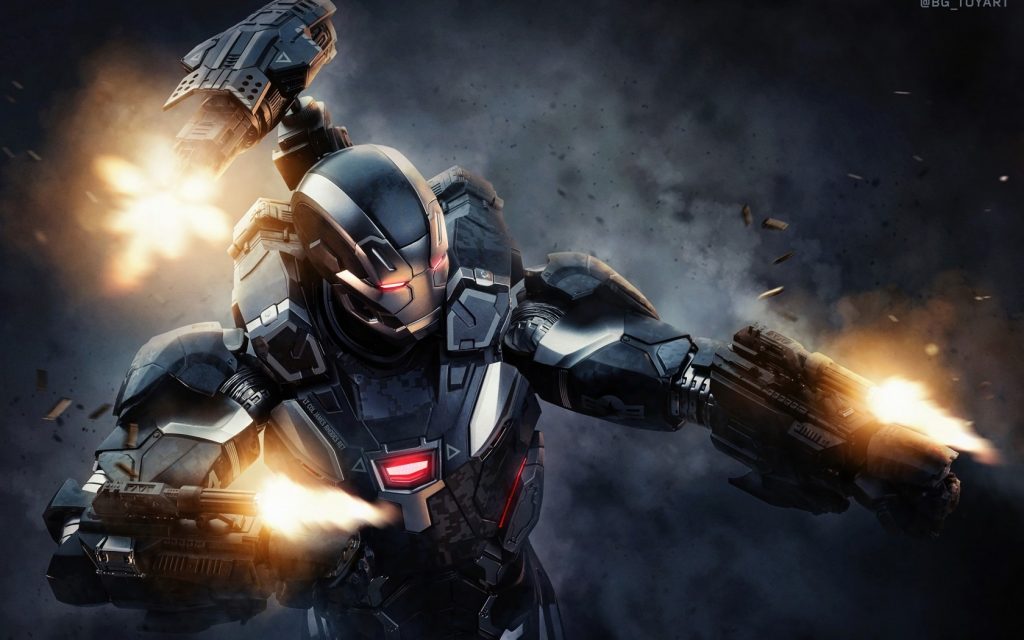 Let’s start out by jumping into his Wiki Fandom and learning a bit more about his character before we do anything else.

Here’s the start of his bio:

James “Rhodey” Rhodes was born and raised in Philadelphia, Pennsylvania. As a child he suffered racist abuse from white children in the Grays Ferry area of south Philadelphia, who attacked him while urging him to stay out of their park and keep to ‘his own’. He would go on to be targeted by black gang members as a teen, who believed Rhodes thought he was better than as he focused on his education, rather than joining up with them. He later joined the United States Marines becoming a pilot stationed overseas.

They continue on by telling us about his initial introduction to Tony Stark:

On a mission he was blasted out of the sky by enemy rockets, Rhodey managed to land in one piece and was attempting to get his craft airworthy when inventor Tony Stark, clad in his Iron Man Armor, happened to be passing by. Stark had just completed his original armor, had avenged his fellow prisoner Professor Yinsen, and was trying to make his way to the American defense perimeter. Attacked by enemies, Iron Man proved to Rhodey they were on the same side, and Rhodes allowed him to drain the helicopter’s batteries to recharge his armor. The two then trekked through the jungle together, finally discovering a hidden enemy rocket base. Stealing an enemy helicopter, they destroyed the base, and flew to the nearest American encampment. Before leaving Afghanistan for the United States, Stark offered Rhodes a job as a pilot as soon as his military stint was over. Rhodey initially declined.

Now his actual first meeting with Tony isn’t much to help us build out his routine, but it does help us put together his character and how his life led him to becoming War Machine.

James Rhodes doesn’t have any actual powers, but they do make mention to his abilities as follows:

Skilled Engineer: Rhodes served several tours in Southeast Asia, studying while in the service to become an aviation engineer.

Skilled Aviator: He is a skilled helicopter pilot and is capable of maneuvering most if not all Stark-designed armors.

Skilled Combatant: Rhodes military training made him a very skilled hand to hand combat. He also trained in boxing as a young man.

Skilled Marksman: Aside from his armor’s weaponry, he is a very good marksman.

Skilled Survivalist: With intense military training, he can survive in harsh condition and environments.

If it wasn’t obvious enough, and as I’m sure you could have guessed, most of his abilities are centered around his military training.

That’s one of the reasons why we’ll also be focusing our training around military styled training as well.

So for this one we’ll be seeing another variation of military style training with a Marine-based training system specifically built around calisthenics and cardio.

We’re going to be utilizing circuit training (for this I’ll be sharing a specific calisthenics/jump rope circuit from our Jump Rope Workouts Database each day) to build your endurance AND calisthenics training, and then pairing that with extra cardio of all different variations; and of course, your Marine Style Trek!

Monday: Calisthenics Circuit A and Swim

Wednesday: Calisthenics Circuit B and Run

Just when you thought you saw a trend there, right?

After you’ve been training a bit you should put yourself to The Murph Challenge like we’ve seen guys like Chris Pratt and John Krasinski do.

Every once in a while come back and take the challenge again and see how you’ve improved.

Complete 1 Round With No Breaks: