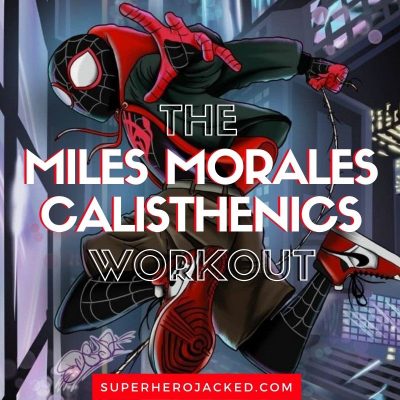 We recently saw a Spider-Man Inspired Workout Listicle with a handful of Spidey inspired workout routines.

And now we’re back for more with another Miles Morales Inspired Workout!

When we first saw our original Miles Morales Workout Routine we focused in on his strength while also incorporating in his calisthenics abilities by using bodyweight training combined with weights.

This time around we’re going to do it COMPLETELY with bodyweight training and calisthenics.

He’ll be just another Spidey added to our Calisthenics Workouts Database within our Workout Database.

Yes, we have to have mini-databases being that we’re quickly approaching 1,000 workout routines!

Miles Morales is quite short, similar to most takes on Spidey.

Although he technically isn’t one of the shortest characters we’ve had at SHJ. 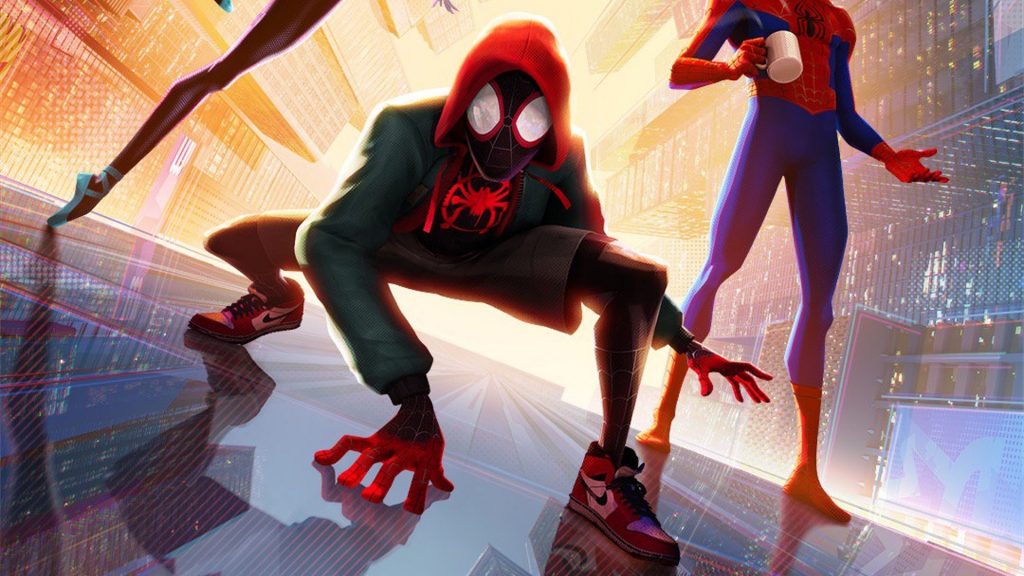 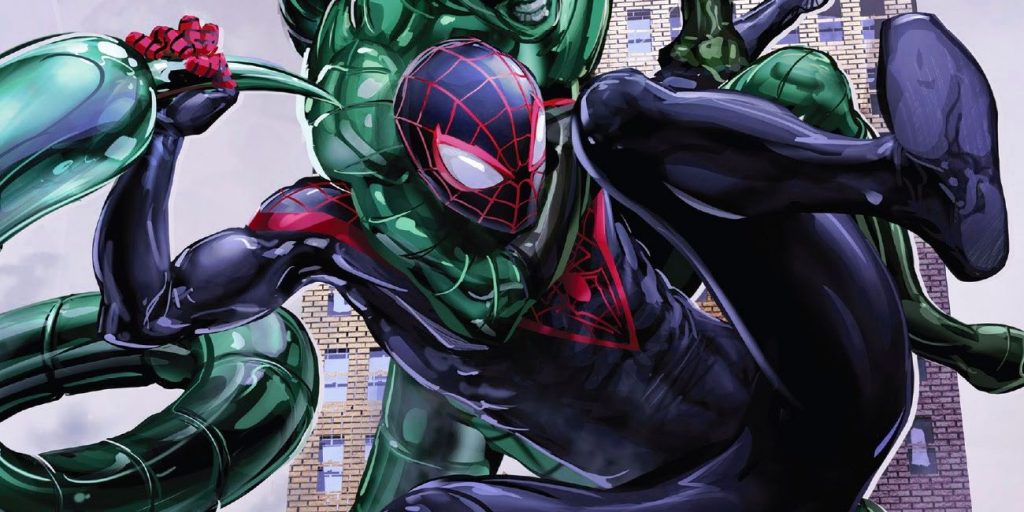 Technically we’ve already seen a lot about Miles Morales in the original inspired workout I linked to above.

That being said, I do still want to take a look at his character bio and profile a bit more here to decide just how we’re going to build this out around calisthenics specifically.

Let’s start off with a brief bio for Morales, which I’ve been trying to do as often as possible with characters recently.

After Norman Osborn was arrested by S.H.I.E.L.D and publicly revealed as the Green Goblin, and nearly two months before Peter Parker’s death, a thief broke into the abandoned Osborn Industries. Unbeknownst to the thief, a spider genetically enhanced with the Oz Formula crawled into his bag.

Miles Morales, a young kid from Brooklyn visited his uncle Aaron Davis (which was against his parents’ wishes, due to his uncle’s criminal past) after being awarded the final spot in a charter school lottery. At his uncle’s apartment Miles was bitten by the Oz-enhanced spider, which emerged from Aaron’s bag, and Miles discovered he received superhuman abilities like camouflage, increased agility, as well as some sort of stun blast, and upon revealing his newly found powers to his best friend, Ganke Lee, both concluded he had power similar to Spider-Man’s, including wall-crawling. But Miles reacted negatively, as he just wanted to be normal, and decided to leave heroism to the actual Spider-Man.

Months later, Spider-Man died saving his family from Osborn. Miles arrived late to the scene. Struck with grief at not helping Peter Parker before his demise, Miles decided to follow Parker’s philosophy — with great power comes great responsibility — and so continue Peter’s legacy.

Miles Morales brings on a new era for Spider-Man, but still keeps the same legacy going.

His powers come in an abundance.

If you want the full list on his Wiki Fandom you’re going to have to check it all out there because it would fill up as much as this entire article (only a slight exaggeration), so I’m going to give you an abridged version that is most useful for helping us create our workout.

Here’s a list of his powers (abridged) that will help us with our regime:

Okay, no, Spider-Sense does not actually help us build a calisthenics routine, but it was the last power listed under his Spider Physiology before a list of cut powers [that I made], so it only felt right including it.

No, you won’t be able to crawl on walls, but think more of Assassin’s Creed style with Parkour like we we’ve had with a few other characters (like Nightrunner).

And being that endurance is also on that list, we’ll be running and also including high intensity interval training both that can be swapped in and out with some of our other resources, and with specific circuits I program for us.

This is a super high volume routine for a super high powered character.  Some of the days will function more as active off days, but they’re in there because we have so many different powers and abilities to work around.  You can make swaps as needed and even potentially upgrade (if you like this kind of system) with The Superhuman System that functions like this but with a full 90+ days of programming and then Benchmark Workouts and celeb + character workout substitutions added to it.

This is directly from our Ultimate Calisthenics Workout and Guide, Avenger Basic Training Level Three.

**Don’t forget to warm-up and stretch**

*This can be done as a circuit or supersets, and can all be scaled where needed.*

**Work on form even if you cannot yet perform. Add in clap pull ups or jumping if you’re looking to work on muscle up progression**

For this one we’re going to step it up a notch over the levels we generally use for fitness level based cardio being that we’re looking to become Miles Morales.

That means I’ll be adding in an extra level to make it fair:

You can also utilize these resources to help you start running (many of which are Couch to 5-10K):

Complete All Five Rounds for Time, No Break:

Complete One Round for Time

For this one we’re going to call in the reinforcements and utilize some outside resources from SHJ.

You’re going to either sub in a day of training from a Parkour Workout, an MMA Workout, or even a Jump Rope Workout (5 Rounds), which could even be Spideys!