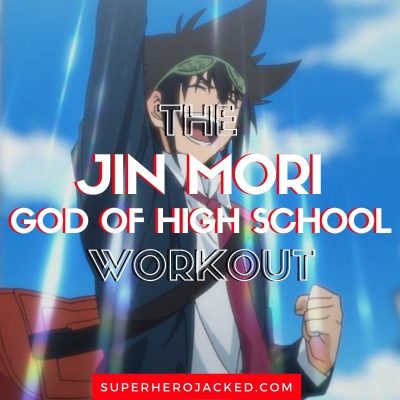 It’s time for The God of High School to make an appearance at Superhero Jacked.

In a fairly recent anime workout I mentioned that we have well over THIRTY different anime featured here at SHJ now.

This week actually will also bring us one step closer to finally getting our listicle covering The Most Powerful Anime Characters Of All Time!

But either way our Anime Workouts Database is definitely happy with us.

Jin Mori was actually requested so many times I went and binge watched the show before writing this article.

I can tell you first hand it’s awesome. My only complaint is that there was only currently one season to binge!

Anime: The God of High School

Although at 5’10 he definitely doesn’t fall into one of the taller ranges among all characters. 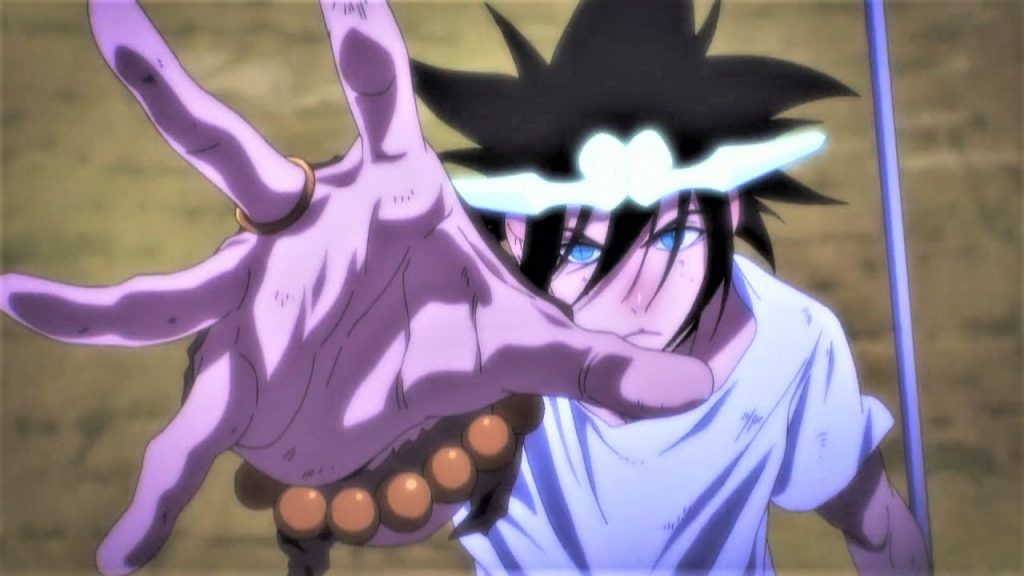 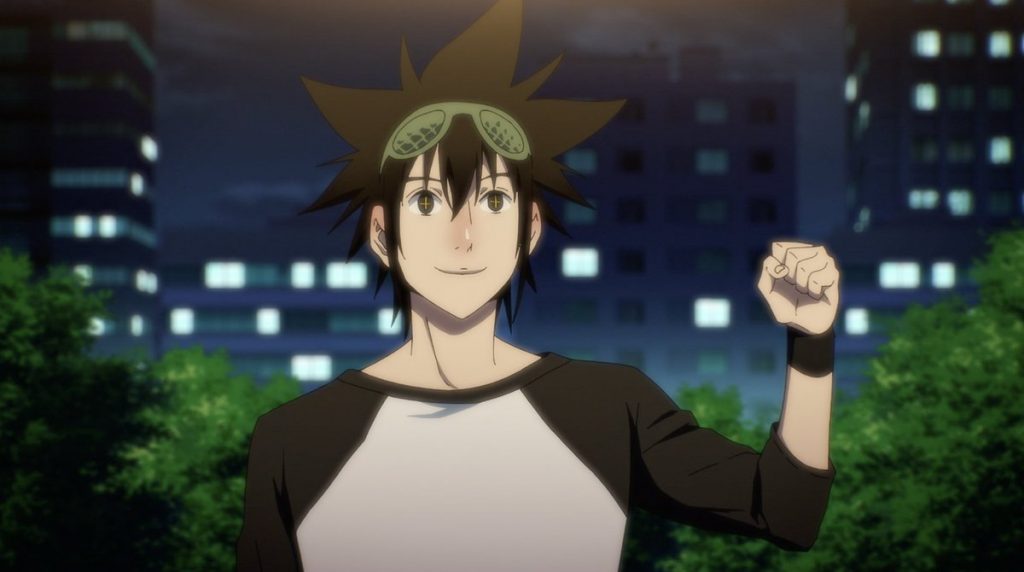 To start us off we’re going to be pulling from The God of High School Wiki Fandom, specifically Mori’s to get a feel for who he is as a character.

Spoiler Alert: This should go without saying but if you have not watched the show or do not know depth of Mori’s character you may want to at least skip this bio.

Here’s how they lead by telling us about his character:

Jin Mori is the main protagonist of The God of High School. He is introduced as an arrogant, carefree child obsessed with fighting. However his true identity is that of the great God Sun Wukong (The Monkey King), the leader of the Mount Hwagwa Monkey and one of the Nine Kings of the Sage Realm. He cannot be defeated by human beings as he is not human himself. To truly defeat him, another Demon or God would have to do that. One of the Japan Team’s shaman member states that his future and as well his death could not be foreseen. As of late, his True Form power is above his grandfather.

His Wiki goes on to tell us about just how strong he is.

Starting with what they say about his overall abilities outside his actually list of powers:

Jin Mo-Ri uses Renewal Taekwondo, a martial art created and taught to him by his grandfather. All his attacks emphasize speed and power. He only uses his legs when an opponent is deemed worthy otherwise he’ll use a combo of punches to beat his opponent. His level is usually 6 but it rises to 13 when he fights seriously using his legs.

Jin Mo-Ri survived the effect of the Sage’s Pill. Na Bong-Chim believes it is due to Jin being capable of holding more energy than the single pill was able to generate. This is later turned out to be a result of him being an inhabitant of the Sage Realm which the fruit has no detrimental effect on. In the past, Sun Wukong stuff himself with sage pills that only come once every thousand years. After eating sage pills, Jin Mo-Ri learned to remove his limiter and exponentially increasing his power.

They then move on to actually give us a full list of his powers and abilities.

Fair warning though, it’s LONG….Jin Mori is on his own level!

Here’s what they give us:

I’m not going to be giving you any training to make you immortal BUT we are going to be working on superhuman strength, agility, speed, and endurance!

Jin Mori is a well rounded character, and obviously extremely strong, but he’s also lean as well; so we’ll be putting some focus into the fact that we’re looking to get STRONG but not necessarily mass focused.

We’re going to be training with full body workouts everyday and 2 of the days will focus around endurance and stamina (while incorporating weights and calisthenics) while the other three days will function around strength building with weights with some minimal cardio for endurance.

Rest 5 minutes or as needed.

Rest 5 minutes or as needed.