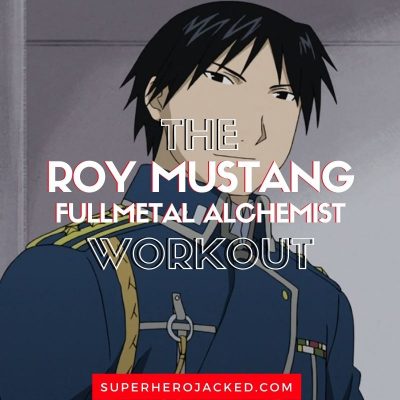 The Fullmetal Alchemist fans are flooding in among The SHJ Army!

We currently only have our Edward Elric Workout Routine, but I’ll say it’s safe to assume this week’s workouts are definitely not the last of FMA here.

Elric even made it to our list of The Most Powerful Anime Characters of All Time, so clearly FHA has a lot to offer!

This week we’re going to see Roy Mustang, who is a flame alchemist, but we’ll also be seeing a strong arm alchemist as well!

I’m sure you guys can guess who.

They’ll both be great additions to our Anime Workouts Database.

Roy Mustang stands in at what would be considered below average among celebrity men at SHJ, but not necessarily the shortest range.

Although, technically among anime characters Mustang isn’t “short”, unless compared to some of the random behemoths. 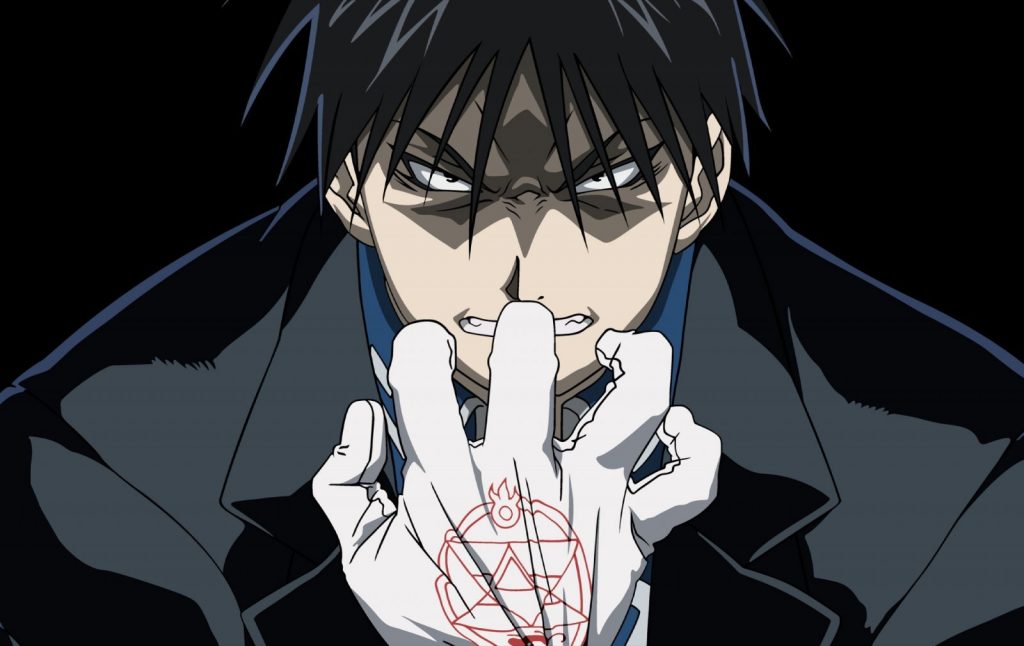 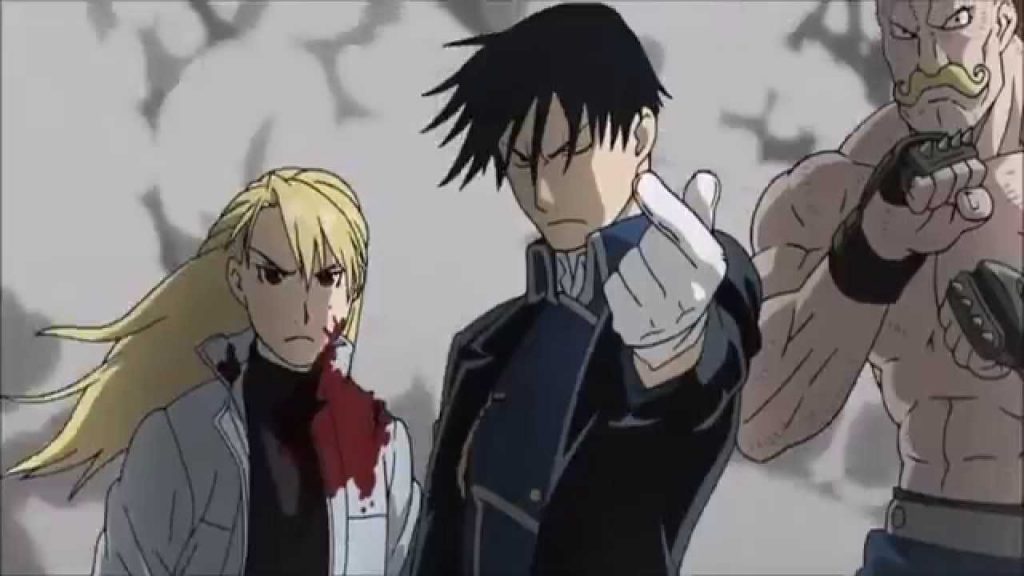 To start us off we’ll be pulling from Roy’s Wiki Fandom page to go over a bit of a short bio for him.

Roy Mustang, also known as the Flame Alchemist, is the tritagonist of the Fullmetal Alchemist series. He is a State Alchemist and officer in the Amestrian State Military. A hero of the Ishval Civil War and Edward Elric’s superior officer, Colonel Mustang is a remarkably capable commander who plans to become the next Führer of Amestris.

I won’t categorize this under a TYPICAL military routine, strictly because obviously Roy Mustang utilizes his alchemy in battle, but I will be utilizing military tactics to build out this routine.

For that reason we will be working around calisthenics/bodyweight training and endurance work.

We’ve seen other military style training and that will be factored in here.

Even though we know we’re going to be working around this for his training, I do still want to go over some of his powers and abilities as far as his alchemy.  Here’s how they start:

Even among the elite State Alchemists, Colonel Mustang is a particularly skilled alchemist adequately versed in standard physical transmutation, experimental theory, and biological alchemy. However, the brilliant skill that has earned him his state license, national notoriety and the status of “hero” during the Ishval Civil War is his remarkably powerful fire-based combat style. Mustang’s unique style of combat alchemy is made possible by his custom-made gloves. Made of “pyrotex/ignition cloth,” these gloves create a spark when Roy rubs his fingers together and embroidered with unique flame alchemy Transmutation Circles, they allow him to manipulate the concentration of oxygen in the air. When attacking, Mustang raises the density of the oxygen surrounding his target to a level at which it becomes volatile and creates narrow pathways of oxygen between himself and his target through which he can direct the ensuing flash fire that blossoms from the spark of his gloves. As a result, he can incinerate any number of enemies in the field while deftly avoiding any adjacent allies. The ‘snap’ sound heard at the start of these transmutations is caused by the instantaneous speed at which the highly concentrated gases and sparks react together and pop (and not Mustang’s fingers actually ‘snapping’, to common belief.)

They continue on with a lot more information about his alchemy but for the sake of space I’ll only be including another small portion.

Here’s what his Wiki has to say:

It has also been revealed that Roy is able to delegate each hand to a different flame effect, possibly due to a difference in hand dexterity. The right hand appears to allow for large explosive attacks, while the left allows for smaller, but strong and very accurate pinpoint flame attacks.

While Mustang’s Flame Alchemy cannot be used on rainy days because the humidity makes it impossible for his gloves to produce sparks, it becomes clear that water itself does not make the Colonel entirely as “useless” as his subordinates assume. Using the transmutation circles on his gloves, Roy is able to separate hydrogen atoms from the oxygen atoms in water molecules, isolating them into a highly combustible fuel and powerfully volatile oxidizer, respectively. Though this method can only be used when a large quantity of water is present in a relatively closed-off space (and not in the rain where the air is open and separating hydrogen and oxygen for the purpose of combustion would pose far too much danger to anyone in the vicinity), with an outside source of ignition such as a cigarette lighter or a match, Roy can produce extremely powerful, localized explosions.

So as you know, I won’t be able to teach you alchemy.

BUT, I will be able to help you train like a soldier.

This will involve bodyweight training and endurance training; and even a harder mix of the two in order to create high intensity interval training.

Similar to how we have Five Levels of Training that scale up for our Ultimate Calisthenics Workout & Guide, we will have the option to scale certain training to lower levels.  Within all of our circuits I will give ways to scale them.  If you scale down, you will be brought to a lower rank (lowest rank), if you keep it the same you’re at a mid tier, and if you scale up (which I’ll also tell you

Level One: 3-5+ Mile Walk without Weight

Instead of a Trek or Sprints, your job today is to get in some extra endurance training.