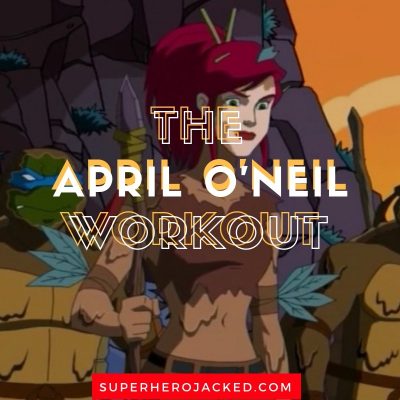 We haven’t had our Teenage Mutant Ninja Turtles in quite some time.

So I’m thinking it’s a good time to bring back some characters; both from the good side and the evil!

This week we’re starting with Casey Jones and April O’Neil!

You guys might know her as Megan Fox, but there has been countless appearances of April O’Neil (seriously, I was surprised how many when I was doing my own research; I had originally guessed like 3-4…) who is the pentagonist in the TMNT franchise.

We’ll be using a little bit from her main Wiki Fandom to research her skills, but we will also pull from other series, like the 1987 and 2012 animated series, to get a bit of extra information on O’Neil’s’ background.

No hockey like Jones, but definitely some mixed martial arts and tech. skills required!

April O’Neil is actually much taller than I thought.

But that’s if you base her height off the 1987 series, of course. 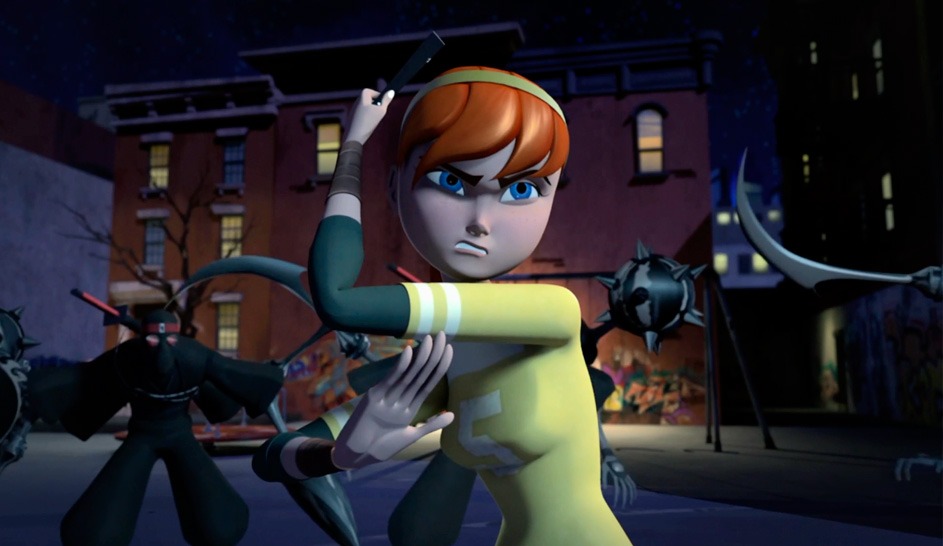 This is where I get to break down the “how” and “why” of the workout we’re going to build based on the characters, in this case April O’Neil’s, powers and/or abilities.

Here’s what her Wiki Fandom lists as her powers and abilities:

So we’ll definitely be needing Coach Derek’s help for some mixed martial arts training on this one.

April O’Neil was a television reporter for Channel 6 News. She was employed by Burne Thompson, though she expressed frequent disagreement with his assignments for her due to her headstrong nature and passion for her work. She also butted heads on a regular basis with Vernon Fenwick, the director/camera operator whose enormous ego compelled him to scoop April on her stories whenever possible. April was best friends with Irma, the receptionist at Channel 6. Her Channel 6 News Van was a blue van that had classic headlights and the Channel 6 News logo on each side. April could usually be found wearing a distinctive yellow jumpsuit with white boots. She lived in an apartment in New York City, though during the course of the series, she was forced to relocate several times due to a variety of indirect Turtle-related mishaps.

In the 1987 series, April was reporting a series of thefts of high-tech scientific equipment, apparently by a ninja, when she came under attack by a gang of street punks. Thinking quickly, she managed to squeeze into a storm drain and ran from the mob until she hit a dead end. The Turtles were nearby and defeated the punks for her. She was taken back to their sewer lair, where they explained their origins to her.

O’Neil also seems pretty good at being kidnapped if you base it on the 1987 series.

Not just by The Foot Clan, and Shredder’s goons, but even sometimes by Shredder himself.

For this one I won’t just list out some of Coach Derek’s programming, though. I’m also going to work on giving you something to train with to cosplay as O’Neil if that’s the goal.

So we’ll be looking to train LIKE her, but also to become her (aesthetically).

April has chin-length auburn hair. Her body is athletic in build, and her eyes are either dark brown, black, blue, or green. She could usually be found wearing a distinctive yellow jumpsuit with a white belt and white boots. When at the beach, she wears a yellow bikini with matching flip-flops.

You might need a wig and a yellow jumpsuit – and for that part you’re on your own – but we’ll be working on getting her athletic build for this one. 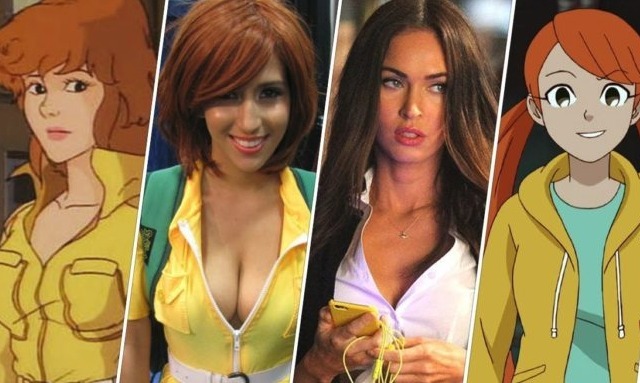 For this one I’m going to be giving you two sets of upper and lower body training days.  You can just use group A to train twice a week and follow it up with group B the following week, OR you can do a four day split and utilize all four days each week.  I will also be adding in some mixed martial arts training from Coach Derek and some parkour from Felix and I for you to really turn into April O’Neil if you truly desire! 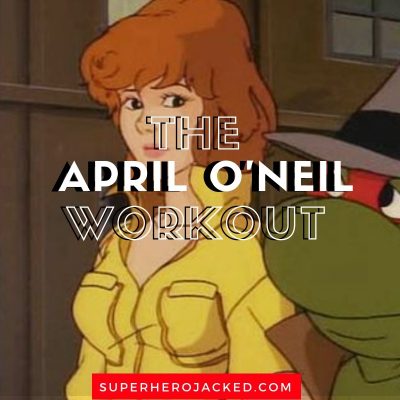 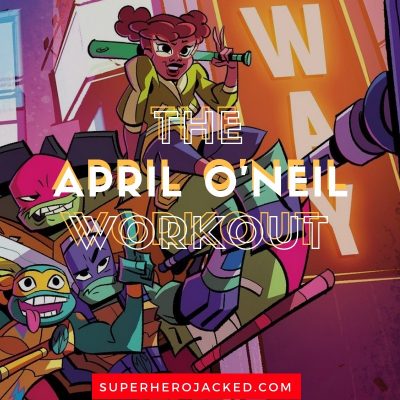