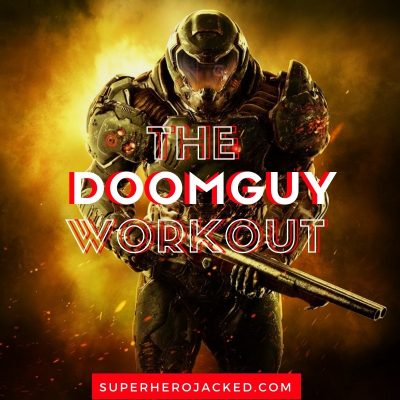 After many, many requests, we’re finally getting our Doomguy Workout!

Give a guy a break, okay? There’s A LOT of requests.

We have seen a lot of other video game inspired workout routines on the site, and even a handful of military workouts as well; but somehow Doomguy / Doom Slayer is just finally making the cut.

I am excited for this one though; and not only to get all you Doom super-fans off my back!

This one will allow us to mix together a military style routine with a character that also has superhero-type abilities as well.

Which basically means: I get to program some Marine style training…but EVER HARDER!

Doomguy is just around average height among men we’ve seen at SHJ.

He actually falls about an inch shy, but right in the middle of two categories we tend to see. 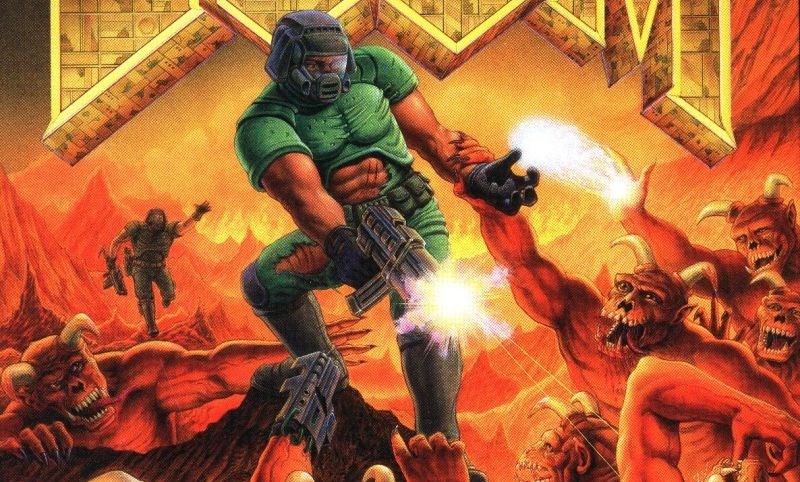 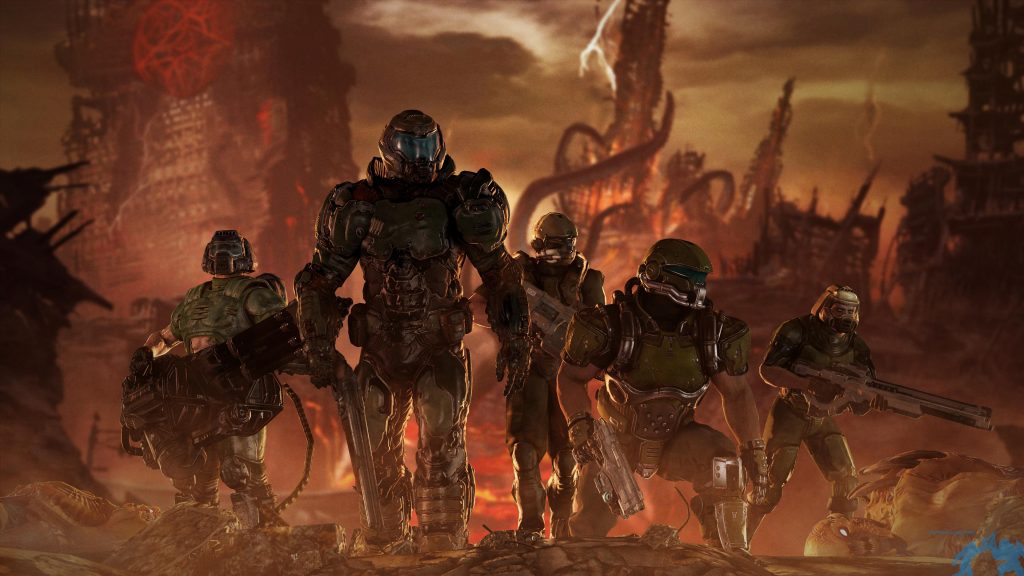 The first thing we need to know about Doomguy is the fact that he is a futuristic marine, who is often referred to as: Doom Slayer, Marine, or Doomguy; though his actual name is unknown.

Giant Bomb tells us this about his background information from Doom and Doom II:

Next to nothing is known about him specifically, apart from the incident that got him to Mars: he not only refused to follow a direct order to fire on innocent civilians, he put the officer who gave that order in a full-body cast. He couldn’t exactly be court martialed for this, as the order in question was totally illegal, so he was “promoted” to a position in the least interesting post in the entire military: guarding the scientists and eggheads studying the ancient ruins on Mars.

As it turned out, this quickly became the most exciting post in the solar system, as the scientists accidentally opened a portal to Hell while experimenting with the alien technology, releasing hundreds of murderous demons throughout the facilities. In general, the marine grits his teeth while shooting Hell’s denizens, and when not actively shooting, is constantly on the look for more ammo and health. He seems to enjoy using weapons, as he shows a grin whenever he picks up a new one. He has a pet rabbit, Daisy, who he left behind on Earth when he was shipped to Mars. This bunny was killed by the invading demon hordes at some point before the end of the last episode of Doom, “Inferno”. However, he got revenge by killing most of the demons that invaded Earth in the expansion episode, “Thy Flesh Consumed” of The Ultimate Doom, not to mention the sequel, Doom II: Hell on Earth.

And part of Doom’s Wiki Fandom tell us this about his skill-set:

The Doom Marines have rather impressive acrobatic skills. They can run at a whopping 57 miles per hour (92 km/h) without losing stamina, fall from great heights without getting hurt, and carry a large supply of rockets and other ammunition without being weighed down. (Possibly from a portal-like device, like an infinitely large backpack.)

Which means you should expect to be doing sprints and speed training outside of all the endurance work we’re going to do to become not only a marine…but a marine who can run 57 miles per hour!

In another section of Doomguy’s Wiki Fandom they also give us this under his listed powers and abilities section:

Superhuman Abilities: The Doom Marine has shown to possess immense physical Strength, Endurance and Durability, and superior Speed and Stamina. He outmaneuvers his opponents with great speed, avoiding their attacks, and yet is capable of enduring the hits that the Demons are able to land. His strength is sufficient to grapple and overpower superhumanly strong demons in hand-to-hand combat, and perform gory “Glory Kills” to ensure their complete destruction. These abilities are all augmented by the Doom Marines Praetor Suit and are used when fighting against the Demons of Hell.

So don’t worry too much, we’ll also be lifting weights on top of the calisthenics, speed, and endurance style marine training…

Put on your boots and get ready, because we’re about to do this thing.

Initial Marine Physical Fitness Testing is done by testing Pull-Ups or Push Ups, Sit Ups, and a 3 Mile Run.  For that reason we need to start by knowing we have to prep you for that, and lead us into knowing you need to prep to become Doomguy!  For that reason we’ll be focusing 3 days a week to getting strong (with small traces of cardio in there as well), 2 days a week to speed and endurance, and a final day to the typical hike (which will get longer each week) that Marines do throughout their training (throw on some heavy gear to make it more real)!

Just when you thought you saw a trend there, right? 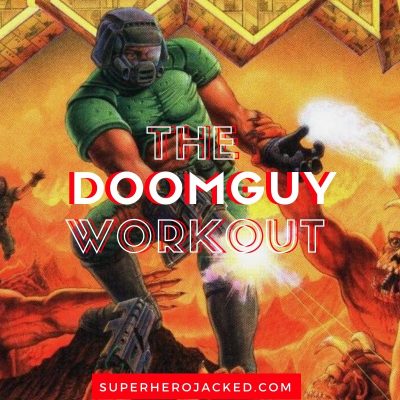 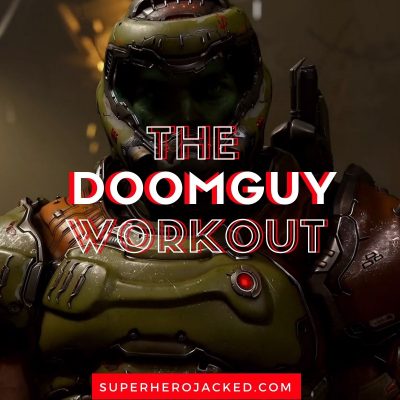 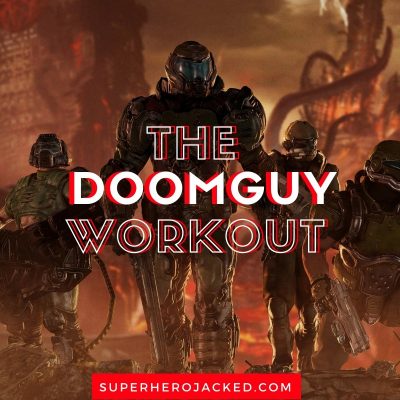 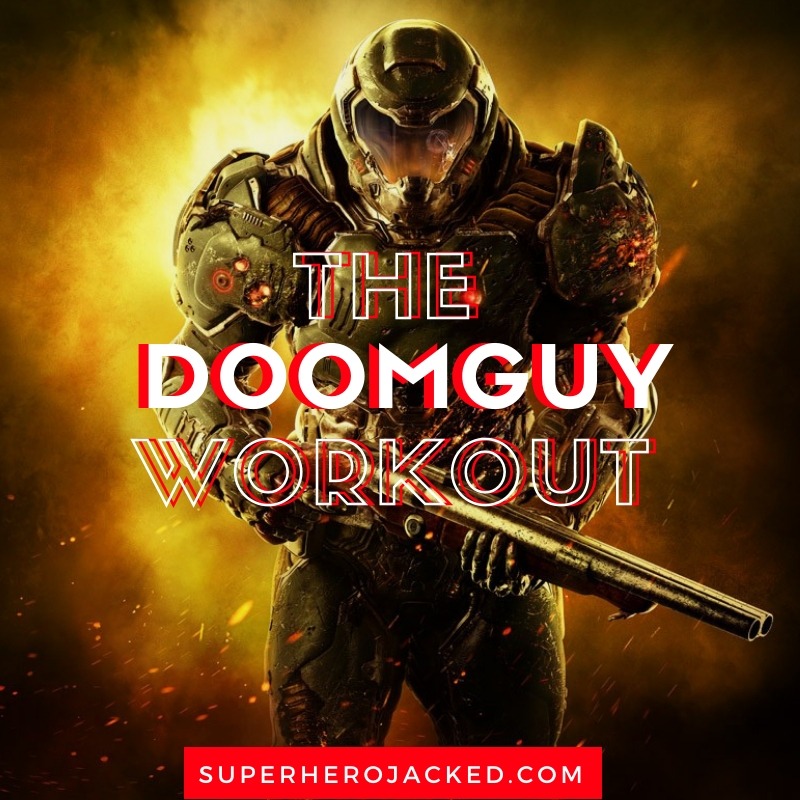