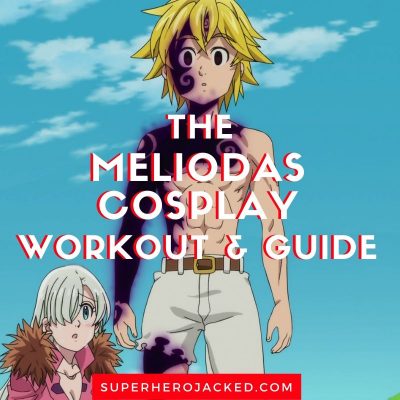 Who is playing Seven Deadly Sins on mobile!?

I know you’re one among many if you are!

Leading us off with Meliodas’ workout seems like the perfect place to kick us off.

If you haven’t seen our Anime Inspired Workouts yet, you should probably go ahead and take a look there, because we’ve had a ton!

Last week we even saw some more My Hero Academia characters.

But, we’re also still in our calisthenics and bodyweight training theme since the release of our Ultimate Calisthenics Workout & Guide, so if you’re stuck at home: you’re in luck! 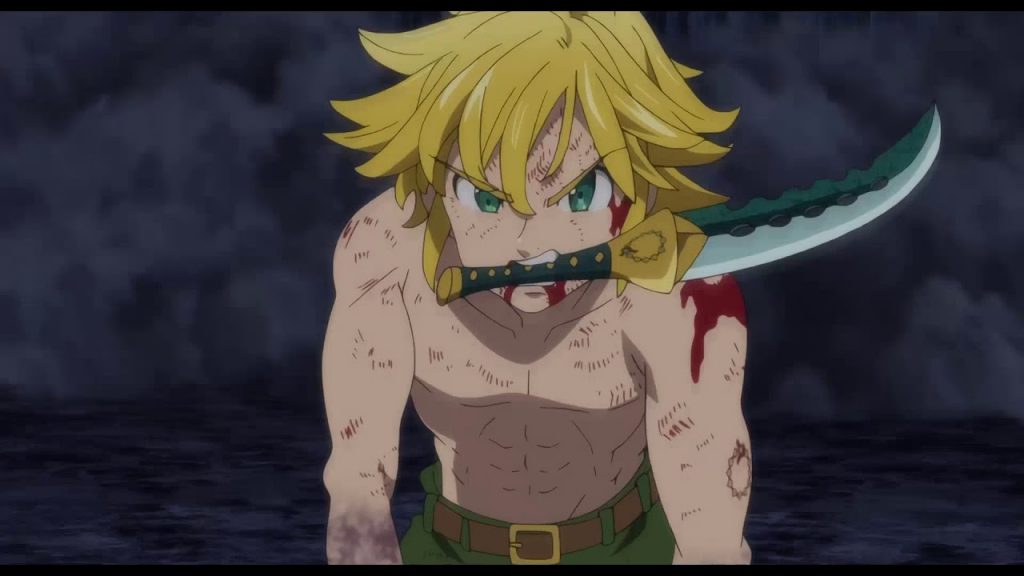 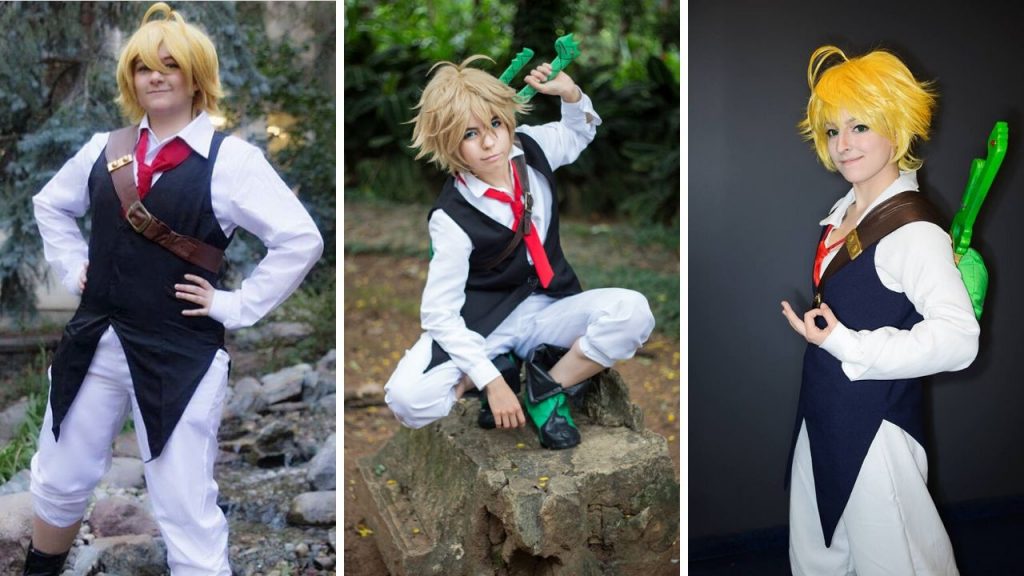 As you can tell from the picture above (and throughout the article as well), Meliodas cosplay has a few different options.

Along with this killer workout I’m going to build for you to turn you into Meliodas, these are our favorite options for his outfit. 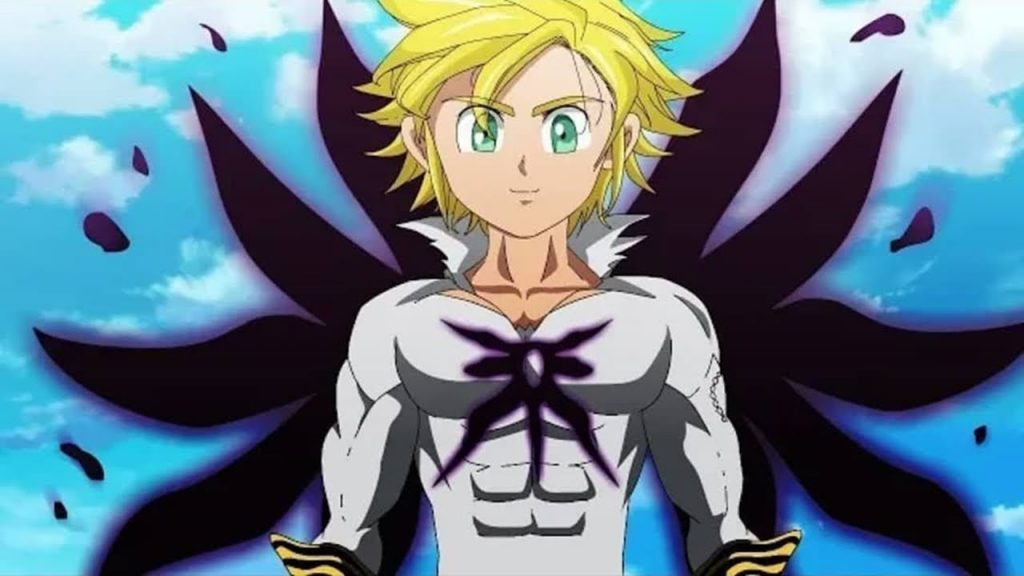 So let’s start at Seven Deadly Sins Wiki Fandom and learn a little bit about Meliodas.

To get us started we’re going to lead with a brief bio for him:

Meliodas is the Dragon’s Sin of Wrath and captain of the Seven Deadly Sins, formerly the owner of the renowned tavern Boar Hat, and is the main protagonist of the series and His Sacred Treasure is the Demon SwordLostvayne and his inherent power is Full Counter. He was also the head of the Ten Commandments, as Meliodas the Love and a former member of Stigma. He is the older brother of Zeldrisand the eldest son of the Demon King.

They move on to tell us a bit about his appearance, which is definitely helpful in terms of

Despite having the appearance of a child, Meliodas is actually much older, being more than three thousand years old. He is exceptionally short compared to other characters, with messy blond hair and a pair of emerald eyes. He also lacks facial hair, further accentuating his adolescent appearance. Regardless of his stature and youthful looks, he is relatively muscular, possessing an array of well-developed abdominal muscles. He often wears an ordinary, clean white button-front shirt and a black sleeveless vest on top with a loosely worn tie. His Broken Sword’s scabbard is held on by a green leather belt with gold-colored buckles. Without any socks, he wears a pair of black boots. His most distinctive trait is his Dragon symbol carved at the top of his left bicep, just below his shoulder.

When Meliodas was the leader of the Ten Commandments, he wore a white, sleeveless coat adorned by a batch of black X-shaped buttons from all around the high collar, black lining on the coat, a dark red color on the inside, and a coat’s tail. He also had black pants with matching colored boots. Meliodas also wielded a large, yet sleek sword, but during his battle with Elizabeth against the Demon King and Supreme Deity it was destroyed.

During his tenure as the leader of Danafor’s Holy Knights, Meliodas wore their traditional armor, much like Cain Barzad’s. Ten years ago he wore a full-body silver armor with a unique helmet, like the rest of the Sins. He also wielded a dagger that appeared to be his Sacred Treasure. Meliodas was issued a wanted poster, like the rest of the Sins, after being framed for the murder of Great Holy Knight Zaratras. The most current issue of his wanted poster does not accurately depict him but, coincidentally, does depict his brother, Estarossa.

They do actually go on to talk about his newer outfits, and then they have a full description about his personality, but if you’re interested in that you can go ahead and head over to his full Wiki Fandom page.

To have some more fun with this one, what I’d like to do is actually take a look at his powers and abilities.

While we’ll mainly be basing the workout routine itself on his overall physique (minus the fact that he has the appearance of a child), it is fun to take powers and abilities into account when actually planning the concept of the workout.

Similar to how we did it for Tenya Iida’s workout.

Here’s what his Wiki Fandom lists for his abilities:

Now if you want to get into some sword fighting and training, all the more power to you.

But, for me, I’m pretty glad we’re building this to focus around Meliodas’ ripped physique.

For this one we’ll put a heavy focus on:

That should get you ready!

The main focus is fat burning for a toned physique and six pack abs.  For that reason we’ll be substituting Meliodas’ combat and abilities with cardio for 2 days of the week, and then training for muscle toning and six pack abs three days a week through the use of calisthenics and core work.

**Skip through A, B and C each calisthenics training day.**

**Skip through A, B and C each calisthenics training day.**

For this part you have a few options.

You can choose to do a variation of endurance training, which would be running, rowing, biking or anything else you’d like to do for 60+ minutes.

You could also use any variation of HIIT training that we’ve seen throughout the course of our workouts in The Workout Database (at least 30+ minutes).

Other than this, you could even utilize Parkour style training:

OR, you could do some mixed martial arts style training if you’d like to! 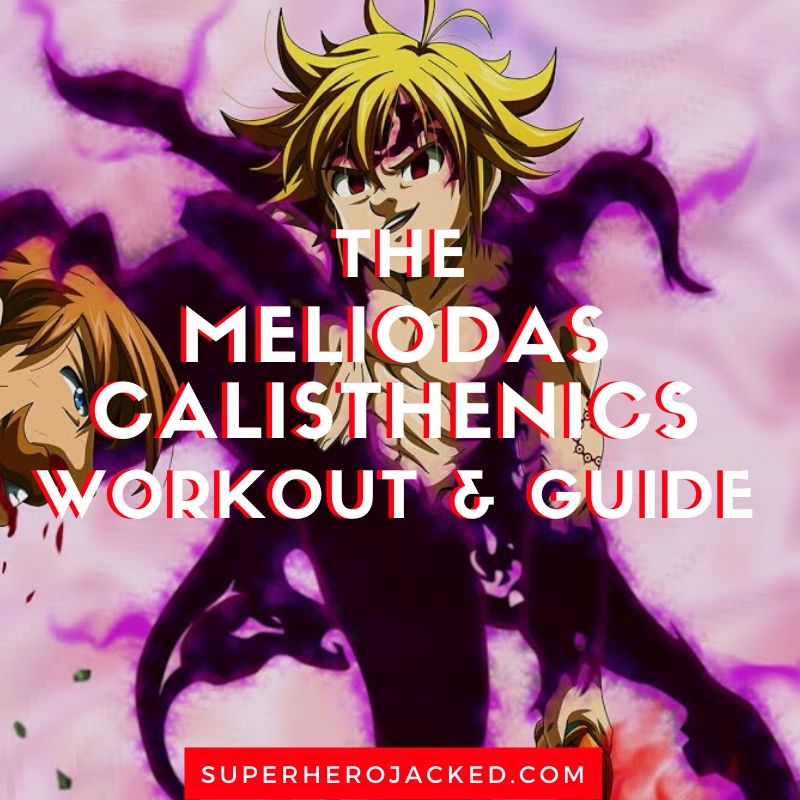 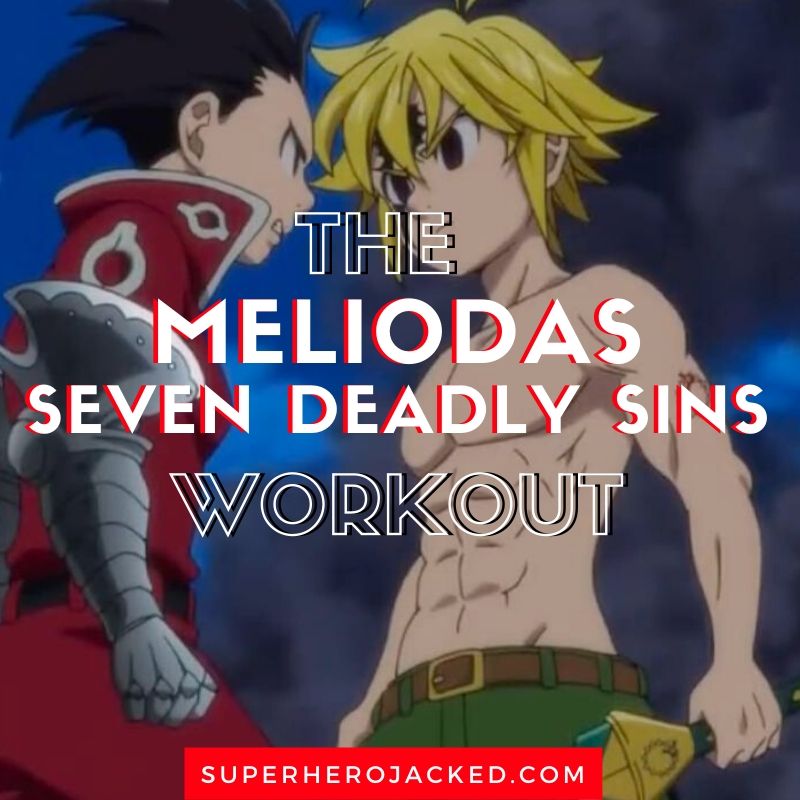