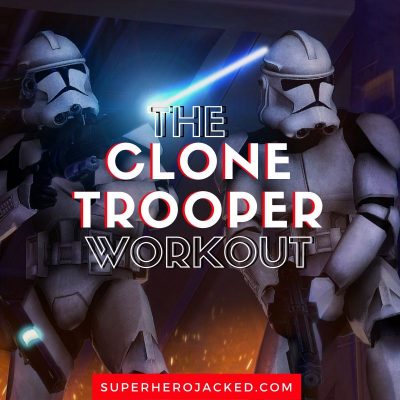 Yesterday was Star Wars day and I sent out our Star Wars Inspired Workout Routine Listicle to everyone.

But now it’s time to grow on that.

With member of the SHJ Army binge watching all the movies on Disney+ and finishing up their final seasons of Clone Wars, it’s only right to kick us off into some Star Wars workouts with a Clone Trooper Workout Routine!

Ryan asked me why I wasn’t specifically doing a Commander Cody or Captain Rex, and I personally think it’s more, for this one at least, so that we can rank ourselves up in a military style kind of fashion.

We’ll still be fitting it into our calisthenics and bodyweight theme, but we’ll add in some weights as well.  So, it’ll be similar to our Ultimate Calisthenics Workout & Guide, with a few less levels, and a bit of weight added in.

Clone Troopers are all six feet tall.  That much is a fact, as clones.

As far as their weight, we know  Clone Commander CC-2224’s (Cody) weight is 176 lbs, but weight is something that can vary; so it’s not a specific fact among all Troopers. 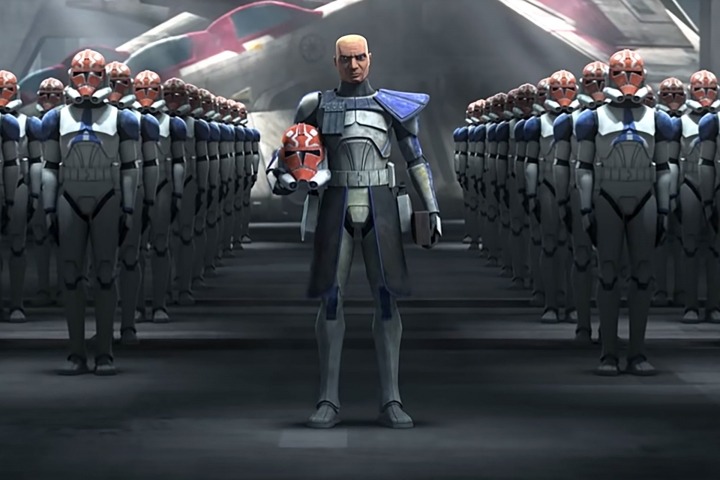 Let’s start off with a little background information on The Grand Army of the Republic and Clone Troopers from their Wiki Fandom:

The Grand Army of the Republic (GAR), also known as the Grand Army and the Clone Army, was a major branch of the Galactic Republic Military composed entirely of clone troopers, an army of elite soldiers created from the genetically altered template of the bounty hunter Jango Fett. Bred in secret within the cloning facilities of the planet Kamino, the Grand Army was officially formed by Supreme Chancellor Palpatine at the behest of the Galactic Senate in response to the Separatist Crisis which threatened to divide the galaxy between the Republic and the newly born Confederacy of Independent Systems. The members of the Jedi Order were commissioned as high-ranking commanders and generals in the GAR, second in authority only to Chancellor Palpatine, who held the rank of Supreme Commander. Under the leadership of their Jedi officers, the Grand Army engaged the Separatist Droid Army on many worlds during the Clone Wars, suffering heavy casualties for three years while restoring Republic sovereignty to numerous rebellious areas throughout the galaxy.

And, for those of you also wondering about Commander Cody, who I mentioned earlier, I’ll give you a brief background for him as well (which will also give us a good intro into some of the ranks among the Clone Troopers):

CC-2224, nicknamed “Cody,” was a clone trooper officer who held the military rank of Clone Marshal Commander in the Grand Army of the Republic during the Clone Wars. Additionally, he served as the commanding officer of the renowned 7th Sky Corps and personally led the sub-unit 212th Attack Battalion. A natural and practical leader, Commander Cody was the second-in-command of Jedi General Obi-Wan Kenobi, to whom he was particularly loyal. A capable strategist and an exceptional soldier on the battlefield, his qualities earned him the respect of both his Jedi officer and his fellow clone troopers.

Which was straight from his personal Wiki Fandom page.

Although it’s long, building on that, I do want to give you a bit of a breakdown for the ranking system among Clone Troopers.

This will give us a feel for why we’ll be training in different levels when we get into the routine; and also bring us deeper into the reasoning of why this is build in a military style!

This is from the Clone Troopers’ Wiki Fandom I originally linked to above:

We’ll be training with a few levels to bring you up from the lowest rank (beginner) all the way up to a more difficult style of training!

Keep in mind, their Wiki Fandom also shares this:

Clone troopers wore forty kilograms of plastoid-alloy composite white armor over a pressurized black body glove which allowed them to survive in the vacuum of space.

So, similar to military style training that has you preparing to go long distances while carry packs or loads, we’ll be thinking the same way for this one.

Similar to how we have Five Levels of Training that scale up for our Ultimate Calisthenics Workout & Guide, we will have the option to scale certain training to lower levels.  Within all of our circuits I will give ways to scale them.  If you scale down, you will be brought to a lower rank (lowest rank), if you keep it the same you’re at a mid tier, and if you scale up (which I’ll also tell you

As I mentioned: Clone troopers wore forty kilograms of plastoid-alloy composite white armor over a pressurized black body glove which allowed them to survive in the vacuum of space.

So for this one you’ll be throwing on some weight and going on a hike (or really long walk).

Level One: 3-5+ Mile Walk without Weight

Instead of a Trek or Sprints, your job today is to get in some extra endurance training. 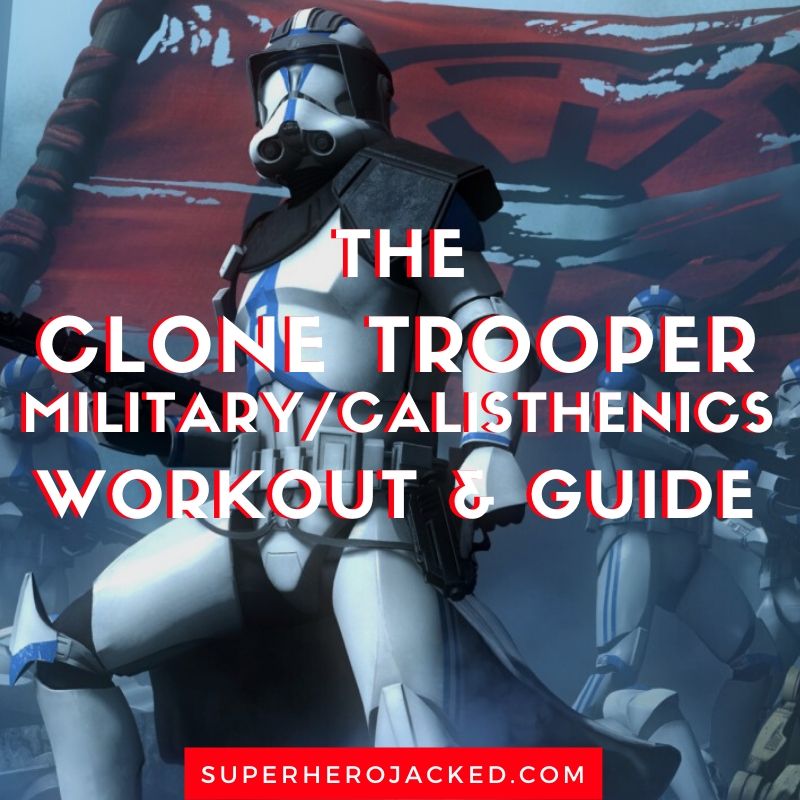 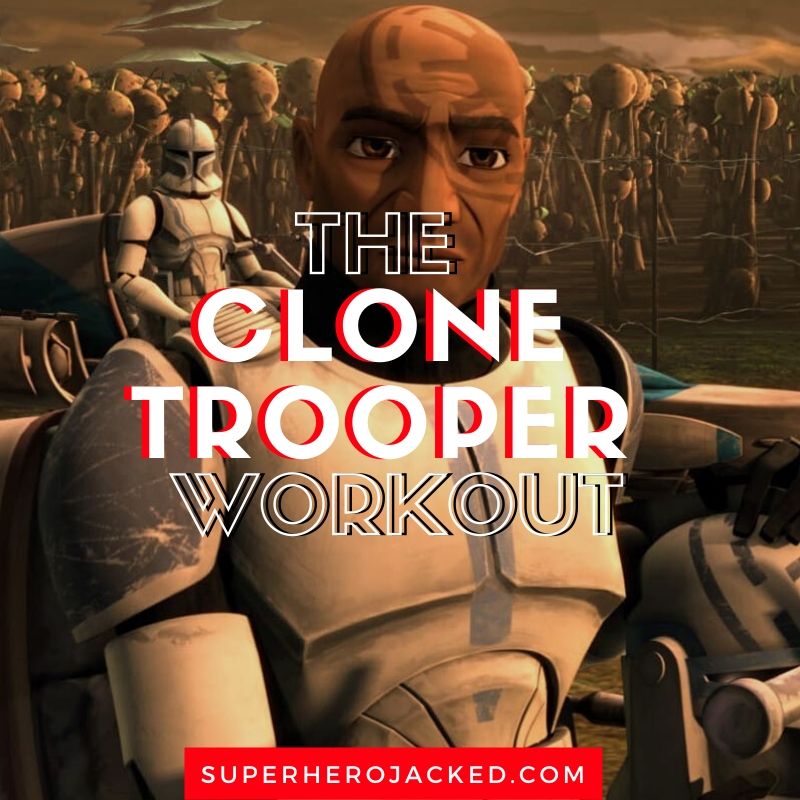