BONUS: Download the FREE The Last Of Us Workout PDF 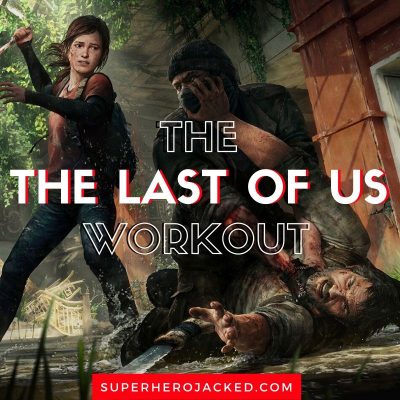 We’ve seen a handful of video game inspired workouts at SHJ, but this will be the first that does not actually revolve around the specific individual character, but in this case: two!

For our “The Last Of Us Workout” we’ll be working with both Joel and Ellie to craft the best overall regime.

In the past we’ve seen a handful of Mortal Kombat routines (like The Scorpion Workout and Liu Kang Workout), Doomguy, Kratos, The Witcher, and so many more.

You can actually even check them all out in our Video Game Inspired Workout section being that we’ve now had so many!

That being said, I’m actually really excited for this one, and not just because the current Last Of Us 2 is so hyped right now.

With some help from our Academy and Legacy members I’m feeling pretty confident about this one!

And at first I was going to mention the fact that we initial see Ellie at the age of 13, but her Wiki states that even at 19 her age remains the same. 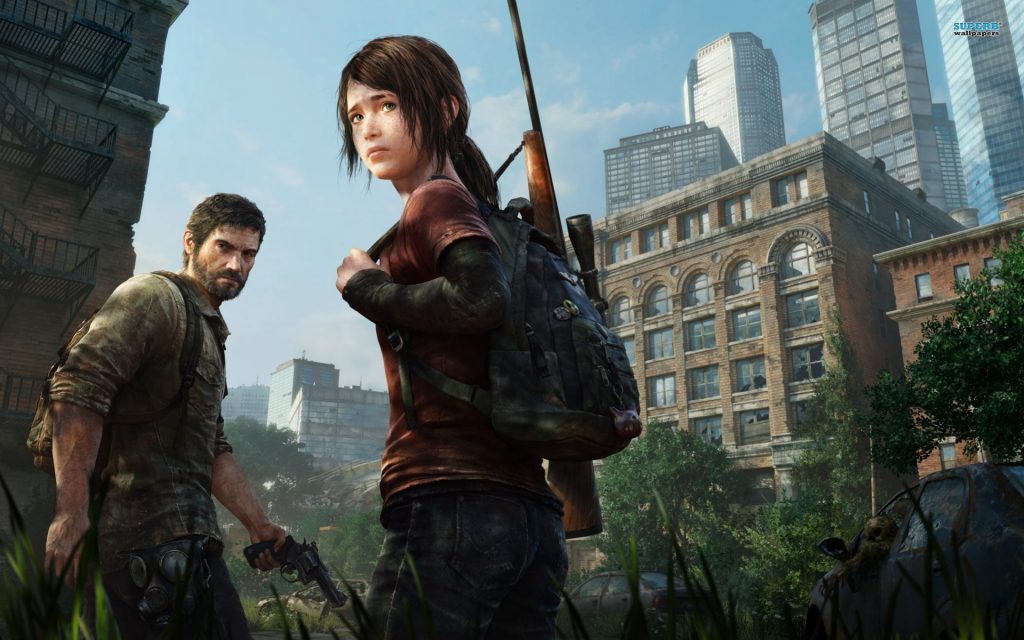 The Last Of Us Diet and Nutrition 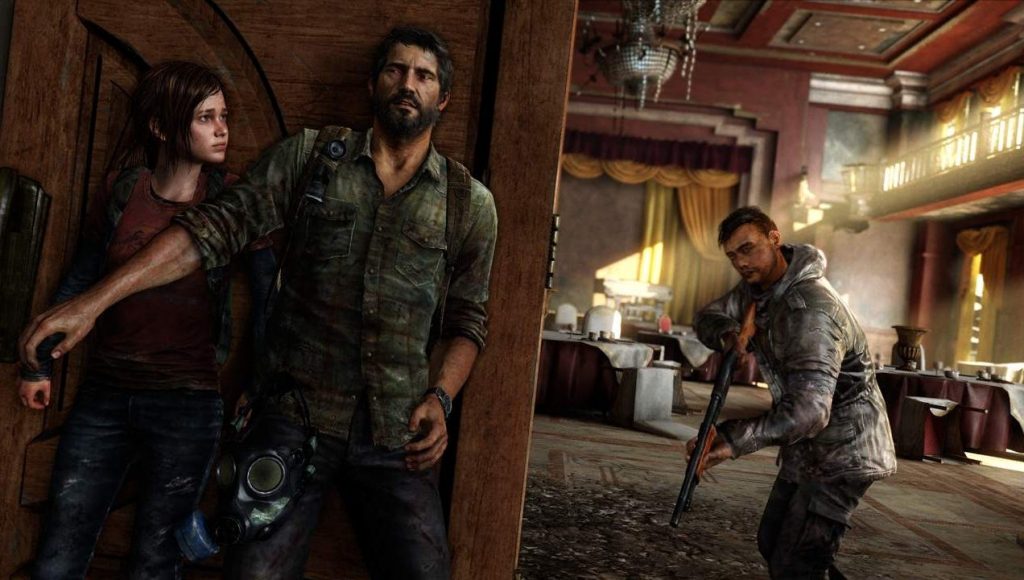 The Last Of Us Workout Routine Research

Being that this is the first time we’ve ever talked about a full video game (although thankfully we’re highlighting just two individuals from it) I’ll have to do things a bit differently for this section.

For that reason I’ll start with a bit of information on The Last Of Us as a whole.

Here’s a snippet from The Last Of Us Wiki Fandom page:

The Last of Us is a third-person action-adventure survival horror video game created exclusively for PlayStation 3, and was later remastered for the PlayStation 4. The game was developed by a portion of the employees at Naughty Dog, while the other half of the company went to develop Uncharted 3: Drake’s Deception; established for the purpose of creating new intellectual property as well as continuing the Uncharted series simultaneously.

Set in the post-apocalyptic United States, the game tells the story of survivors Joel and Ellie as they work together to survive their westward journey across what remains of the country to find a possible cure for the modern fungal plague that has nearly decimated the entire human race.

That should also give you an idea, if you haven’t already played the game(s), as to why we’re focusing in on Joel and Ellie.

Which also brings us into individual sections for each character.

Starting us off with a little background information about Ellie, right from her own Wiki Fandom page:

Ellie was born sometime between 2018 and 2019, by which time fungal pandemic had spread throughout America. As a result, she grew up in an oppressive military Quarantine Zone in Boston, Massachusetts, with little knowledge of the world before infection. Before she died, Ellie’s mother, Anna, asked Marlene to watch Ellie. However, Ellie did not meet Marlene until she was 13 years old.

Which doesn’t actually give us a ton of information, but to be fair, her Wiki Fandom is EXTREMELY long and thorough.

So some things I do want to make not of is the fact that Ellie is also shown doing archery, on top of the other weapons she has used that they list as such:

Now, I won’t be giving you a breakdown on how to use these weapons, BUT, I will be adding in a section that is devoted to archery and movements that are great for it.

As for Joel, his Wiki Fandom page breaks down his intro bio like this:

Joel Miller was a major character and the playable protagonist of The Last of Us, and a supporting character in The Last of Us: Left Behind and The Last of Us Part II, in which he is briefly playable. Joel was a survivor in post-apocalyptic America that has been ravaged by the cordyceps brain infection, which has decimated 60% of mankind globally. After losing his only daughter Sarah in the early stages of the outbreak, Joel becomes a ruthless and cynical smuggler eventually tasked with smuggling and protecting Ellie, a young girl who is the key to mankind’s survival. Joel eventually comes to form a strong bond with her. He is voiced and motion-captured by Troy Baker.

If it wasn’t obvious, we’re talking about a survival game, which means a lot of what we’re working with is going to come with endurance and stamina training.

Some ways we’re going to replicate their adventures into our training (and as I said I had help from our Academy and Legacy members, so thank you Harrison, Devin and others) are as follows:

And, of course, more than that to include the archery (as stated), and other strengthening movements that will help with their other weapon usage.

As we’re doing our best to stay in the world of The Last Of Us, though, don’t expect to see an overwhelming amount of weight training.

Our calisthenics, weighted maneuvering and parkour will absolutely make up for this.

Just ask anyone utilizing our Legacy Program with no access to weights!

The Last Of Us Workout Routine

Last Chance: Download the FREE The Last Of Us Workout PDF

Joel and Ellie don’t get a break.  They’re in constant threat.  For that reason I wrote “5-7 days per week” keeping in mind that our step counts (which will be part of our programming) will also be included in that count, and likely make up that extra 2 days of training.  That being said, we will also be training 2-3 days of calisthenics and parkour, and another 2-3 days of endurance, interval training and endurance work.  The choice of which you want to do 2 days and which you want to do 3 days is completely up to you.

The Last Of Us Workout: Sample Workout Schedule

The Last Of Us Workout: Calisthenics and Parkour Training with 5-10K Steps

Every day should involve getting in 5-10K steps, unless you are specific training with a cardio and endurance based training day that will be burning a ton of calories!

The Last Of Us Workout: Endurance Work (Running)

On your running endurance work days you’re going to want to start working your way up to long distance runs.

For that reason I would personally shoot for something like this:

And if you want some resources to work your way up, we have that as well!

The Last Of Us Workout: Calisthenics and HIIT

The Last Of Us Workout: Endurance Work (Weighted Walk/Hike)

Time for some weight!

You’ll see that Joel and Ellie are constantly trekking around their backpacks, so it’s time to replicate that feeling with our own weighted walk.

Here’s how I would structure mine:

And, if not obvious, take it slow, do as much as YOU personally can, but don’t go overboard.

The Last Of Us Workout: Calisthenics and Sprints 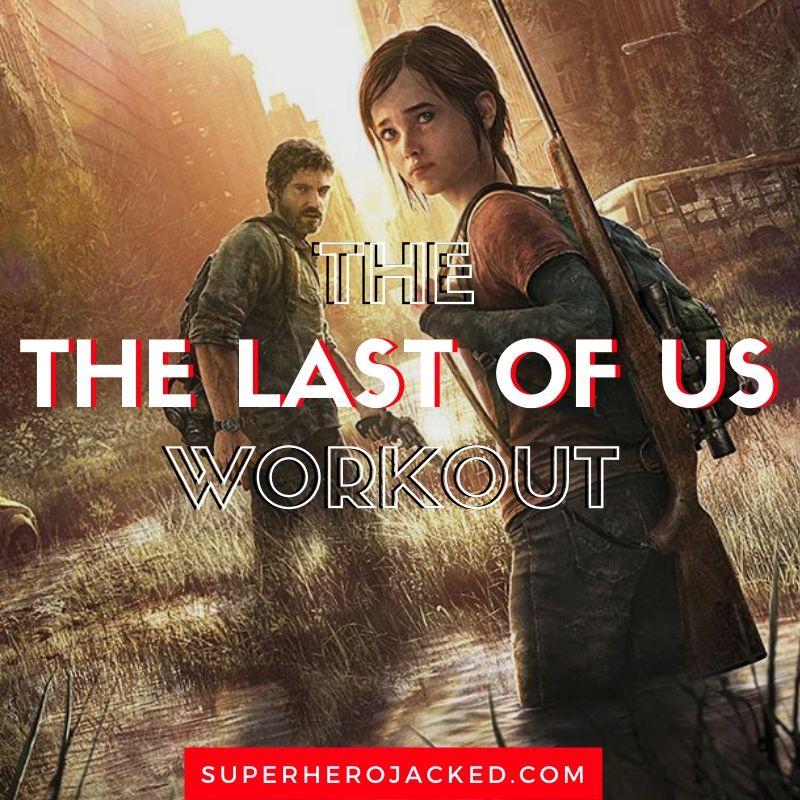 Download The FREE Last Of Us Workout Routine PDF