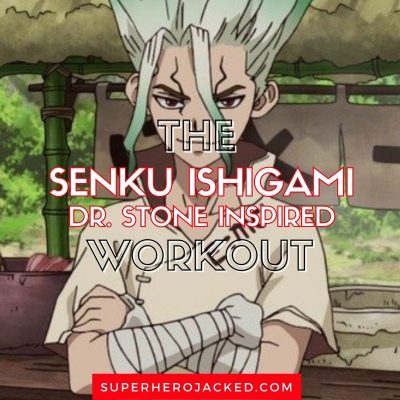 I’ll be honest: I had every intention of keeping the ball rolling with our Hunter X Hunter Inspired Workouts before writing this one.

BUT, then I posted a Senku Ishigami quote to our Instagram and Facebook page and felt it was cheating him if I didn’t make sure his routine was here waiting.

The quote was: “There’s nothing you can’t do if you try.” – which was a nice and short but motivating quote coming off our last one that was SUPER long from Itachi Uchihi.

That being said: I am excited to get a couple Dr. Stone Inspired Workouts here on the site and in our Anime Workouts Database – so I hope you guys are happy I pushed him up a bit and find this one as fun as I am writing it up.

Senku is actually quite short – and I’m allowed to say that being that I’m right there with him at his height range.

He would technically come in around the shortest range if compared to male celebrities as well. 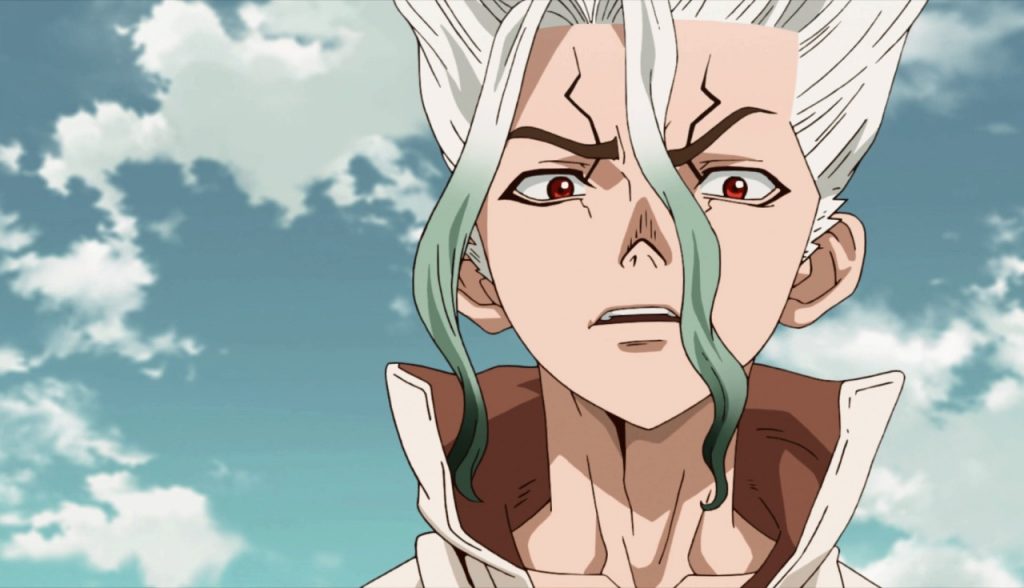 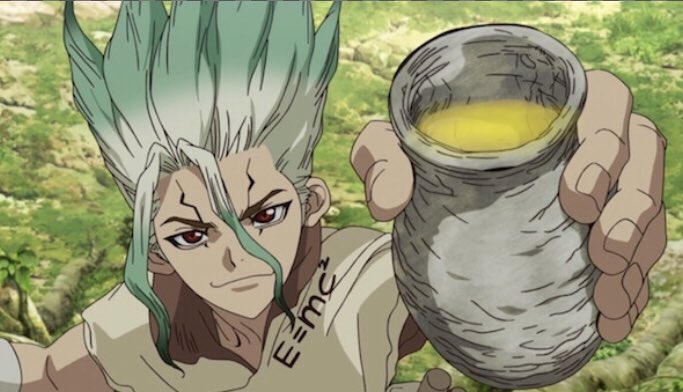 As always: we’re going to get started by pulling right from Senku Ishigami’s Wiki Fandom page.

Senku Ishigami is the main protagonist of Dr. Stone, and is friends with Taiju Oki and Yuzuriha Ogawa. He is known for his catchphrases, one of which is “Ten Billion Percent”. He was de-petrified half a year before Taiju was, and eventually created the Revival Fluid with Taiju’s help. In the Stone World, Senku wants to rebuild civilization and establish a Kingdom of Science.

As the first-prize champion in the Grand Bout, Senku currently holds the title of Village Chief in Ishigami Village, where he is widely regarded as a legend thanks to the late Byakuya’s influence in the founding of Ishigami Village.

Senku is the de facto leader of the Kingdom of Science. Later, as a member of the Five Wise Generals, Senku provides the ideas and initiative for their large scale plans; he consults with Chrome, Gen, Ukyo, and Ryusui before taking action.

So he definitely isn’t our typical anime character or character in general – but that doesn’t mean we can’t have some fun with this.

Actually, to put that more into perspective, here’s what they list as one of his main weaknesses (I know, normally we’re so quick to talk about powers and abilities and for this one we’re talking about weaknesses – and leading with them no less!):

Low physical prowess: Senku is below average in terms of physical ability, lacking physical strength. He was unable to hold Homura, a petite woman shorter than 5 feet, after managing to grab hold of her. He also admits that he won’t stand a chance against someone as strong as Kohaku in a fight (although it’s not really a fair comparison, given her strength and her status as a warrior). In a bonus chapter, Kohaku gives a small description on the physical abilities of the main characters. Senku is at the bottom at around 3 points, Chrome at 5, Ginro at 100, Kinro at 500, and Kohaku herself at 1000. Similarly, Senku has poor stamina, and tends to get physically exhausted rather quickly. He is also very vulnerable to hypothermia, only being able to withstand cold water for a short amount of time.

Here’s what they describe as his powers and abilities:

Genius Intelligence: Senku Ishigami is a genius with an encyclopedic knowledge of all things scientific. He is well versed in chemistry, physics, engineering, geology, biology and mathematics. Senku is able to easily create various useful tools and gadgets, medicine, and most notably, the de-petrification elixir, despite the limited materials of the Stone World. Tsukasa calls him “the sharpest, most intelligent man in the world”. In addition to his scientific knowledge, Senku also possesses great resourcefulness and an analytical mind, seemingly never having a shortage of options at his disposal. For whatever he lacks, he has an ally who can offer their strength. He also possesses great mental fortitude, able to think quickly on his feet and keep his cool in the most dire of situations. Out of the current active characters, his mental assets are rivaled only by his former mentor, Dr. Xeno.

Now that doesn’t mean this workout routine will require you to do math equations and play Chess all day long….

Instead we’re going to train with science….!!!

What I mean by that is this:

That means we’ll be using calisthenics training at a very basic level and then using progressive overload to continuously scale up and increase our strength and endurance over time.

Senku would be proud.

For this one I’m going to be programming you three different levels to progress through. You can progress week to week, month to month, or over your own time frame depending on how you feel you’re capable of scaling up. Each level will increase in difficulty because we’re going to be using beginner methods but also progressive overload to keep the effectiveness going over time.