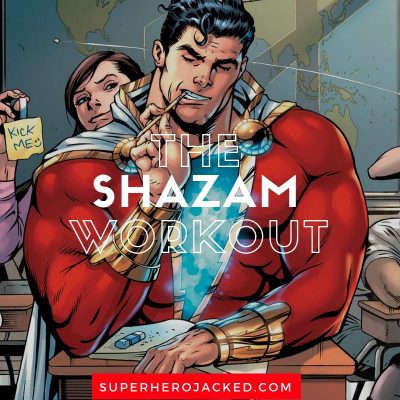 Shazam is coming soon, and it’s time to prepare.

And what better way to prepare for Shazam than to become him!?

No. The Wizard is not here to grant you his power.

I’m sure if Djimon Hounsou was here he would do it for you though.

I mean he does it for Zachary Levi…

But anyways, I’m here.  And with you hard work I’ll do my best to get you there.

We’ve already seen a ton of other DC heroes (most of the males you’ll hear about later in the height comparison), but I wonder if Shazam would be offended that we saw Captain Marvel before him….

Not THE tallest, but he’s up there. 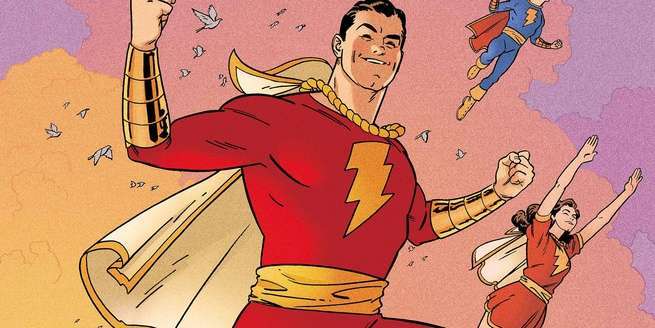 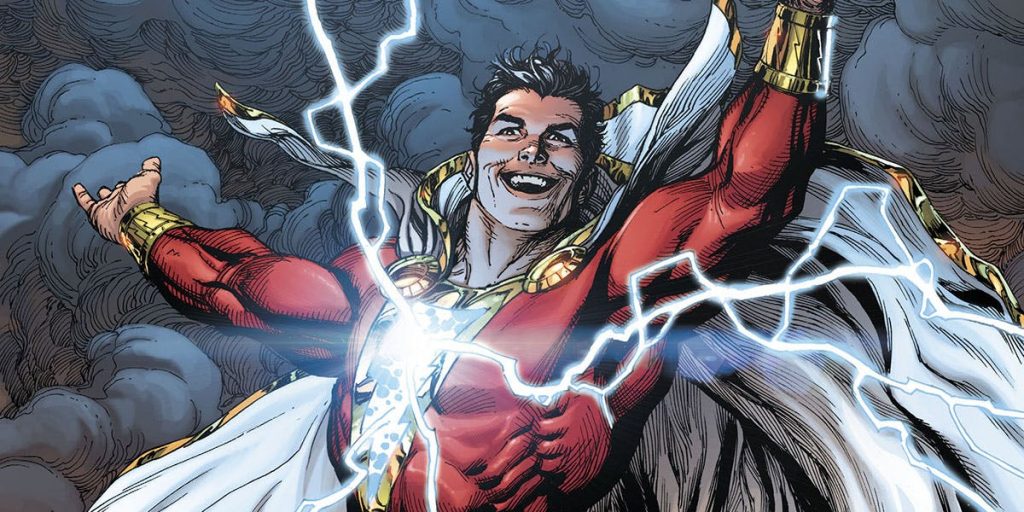 This is where I get to break down the “how” and “why” of the workout we’re going to build based on the characters, in this case Shazam’s, powers and/or abilities.

Alright so first we should go over some quick background information.

Here’s what Shazam’s Wiki tells us about his origins:

Shazam (formerly known as Captain Marvel) is a superhero in the DC ComicsUniverse and the protector of Fawcett City. In his secret identity, pharelle Jackson young boy who was chosen to be a champion of good by the wizard Shazam. Whenever Billy speaks the wizard’s name, he is struck by a magic thunderbolt that transforms him into an adult superhero empowered with the abilities of six legendary figures.

Okay. As long as you know what’s going on here.

The six legendary figures hold A LOT of power.

So for that reason I’m just going to give you what each one is, and then if you want to further examine them you can go to the Wiki page we’re using.

But, in any case, here they are:

S for the Wisdom of Solomon: Solomon was the third king of united Israel in historical times. According to the Bible God blessed him with supernatural wisdom at his request to lead Israel. Captain Marvel has instant access to a vast amount of knowledge. The wisdom of Solomon is sometimes known as the Wisdom of the Ancients. Captain Marvel has superhuman clairvoyance and awareness. He is provided with counsel and advice in times of need. Captain Marvel has knowledge of all languages, ancient and modern warfare, and can hypnotize or enchant people with his power. The power of wisdom lends him knowledge far beyond mortal comprehension.

H for the Strength of Hercules: In his role as Earth’s Mightiest Mortal, Batson has incredible super strength. He has stalemated Superman in an arm wrestling contest, and has managed to match the strength of an Eclipso possesed Superman when he wasn’t holding back at all (although Eclipso didn’t know how to use Superman’s power at it full extent and also Marvel showed more strain, indicating that Superman is fractionally stronger), and has rendered Superman unconscious (however he had the advantage of catching Superman by surprise). Captain Marvel has moved and destroyed massive objects. He has fought warriors such as Wonder Woman and Superman although both of them have defeated him. Captain Marvel refrains from such power displays as physically moving planets, although, given his abilities against Superman and Wonder Woman, such feats would be within his abilities.

A for the Stamina of Atlas: The Titan known as Atlas had limitless endurance. Atlas cradled the Earth for time immemorial. He can overcome tremendous physical resistance. This superhuman ability lends to his ability to stay as Captain Marvel for elongated periods of time, survive in space and fight seemingly endless battles such as his fight with the [[w:c:batman:Spectre|Spectre] or Black Adam.

Z for the Power of Zeus: Zeus was Olympus’s high father and the god of magical lightning bolts. Zeus’ power, besides fueling the magic thunderbolt that transform Captain Marvel, also enhances Captain Marvel’s other physical and magical abilities. This power reinforces his physical invulnerability and resistance against magic spells and attacks. Captain Marvel can use the magical lightning as a weapon. He can summon Zeus’s lighting bolts to strike his opponents. Zeus’s lightning may be used to create mythic apparatus, restore damage done to Marvel, and act as a power source for magical spells. He knocked Superman unconscious with the speed of Mercury and with his fists wrapped in lighting bolts.

A for the Courage of Achilles: Captain Marvel has heroic levels of inner strength from which to draw. He has the courage of the Greek Hero Achilles which in battle and while in the Captain Marvel form allows him to wield great bravery and spirit. Captain Marvel is blessed with an innate and harmonious good will. A divine cheerfulness that is characterized by his trademark grin. It gives him a perseverance that pushes him to always confront a challenge with a knowing optimism.

M for the Speed of Mercury: By channeling Mercury’s speed, Captain Marvel can easily fly and move at speeds far exceeding Mach 10 (2 miles a second) while in earth’s atmosphere. This is far from his limit as the Speed of Mercury allows him to move at speeds faster than light. Just like Black Adam, his reflexes and speed enhance the impact of his uncharted physical strength. Thanks to the power of Mercury, Marvel flies as swiftly as the messenger god of Greek and Roman myth.

I did leave some extras below each if they were relevant to our training.

And while we won’t be able to train to fly…we sure can train to jump higher!

To put Shazam’s strength into perspective even more, here’s one last thing from his Wiki page:

Yeah, we’re going to want to get STRONG for this one.

I’m giving you a 5 day training split.  We’ll be powerbuilding for this one. We’re looking to unlock some powers, get strong, AND get the physique.  Feel free to add in extra mixed martial arts training from Coach Derek if you plan on trying to save the world anytime soon.

Day Two: Back and Traps