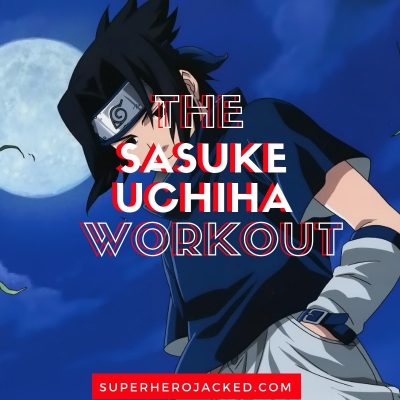 If you haven’t already swung by Kakashi Hatake’s workout from this week you may have missed the message.

This week we’re hitting some more Naruto requested workout routines being that we upped our weekly volume of articles to keep up with all the requests!

So we’ve seen Naruto, Tsunade, and now this week we’re getting Sasuke and Kakashi.

I also mentioned this on Kakashi’s article: Keep in mind the fact that we’ll be taking a look at their powers and building it around who they are as characters and their abilities, but also around the idea that people may want to cosplay as them.

Sasuke isn’t much taller than Naruto, literally only standing above him by an inch or two.

Leaving them as one of the shortest characters we’ve seen on the site, I think strictly beating out Splinter. 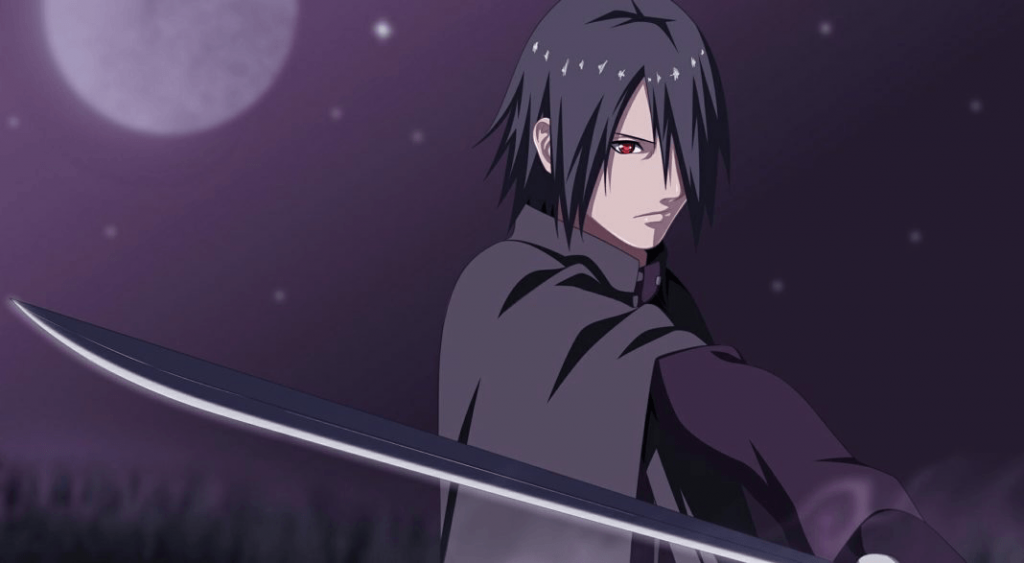 This is where I get to break down the “how” and “why” of the workout we’re going to build based on the characters, in this case Sasuke’s, powers and/or abilities.

The Naruto characters all have familiar/similar abilities and powers, but I think it’s best to go through them on each and every character because there are some that are character specific; and some people who are only here to see each specific character.

That being said, Sasuke’s Wiki Fandom tells us this about his abilities:

Like his older brother Itachi, Sasuke is recognised as a natural prodigy of the Uchiha clan, graduating at the top of his class in the Academy. He makes a strong impression on Kakashi Hatake in the bell test, and could fight on par with strong shinobi, such as Haku and Gaara in Part I. After being under Orochimaru’s tutelage for two-and-a-half years, Sasuke becomes strong enough to fight and even pressure Akatsuki member Itachi, as well as the Fourth Raikage. With the Six Paths Chakra, he is compared to the Sage of Six Paths by Kurama, which is demonstrated when he helped overwhelm Madara as the Ten-Tails’ jinchūriki. Madara himself stated he would have chosen Sasuke over Obito as an apprentice if he was born years earlier. As an adult, despite losing his left arm, his performance has shown no signs of impediment, as he could fight on par with Kinshiki Ōtsutsuki. Ultimately, he is regarded as a legendary shinobi and one of the strongest in history, with only Naruto as his peer.  He is viewed as someone capable of taking the world on in a fight, as well as having the strength to destroy the continent with Naruto.

And they continue with more specifics about these abilities.

And, for the fourth time this week in as many characters, we have intelligence level listed as well.

On top of these abilities his bio continuously recounts his incredible strength.

So we’re going to be stepping it up a notch with our training and working to become extremely strong while adding in mixed martial arts training on top to really transform into our own abilities.

For Naruto’s training we utilized mostly calisthenics training.  For Kakashi’s we utilize MY training schedule (as he’s the leader and trainer).  For Sasuke we’re going to hit the weights and pair it with calisthenics and mixed martial arts (similar to Kakashi, but with some variations).

For this one I’m going to be giving you 4 days of strength training paired with a mixed martial arts routine and some endurance work to really keep you in the fight.  While Sasuke couldn’t train with these same exercises, for this routine we’re working on building strength through weightlifting as opposed to his peer Naruto, which we used calisthenics as the main proponent.

For your mixed martial arts and sword training I’m going to be using a day from The Deathstroke routine which is programmed by our Coach Derek from our Academy. I’ll be pairing day two which is titled: “The Way of the Warrior: Sword Training & MMA”, but I’ll also be giving you some more of our parkour and MMA programs to utilize if you’d like as well.

Thursday: Back and Biceps

Back Squat (Can sub Hack or Goblet)

Sasuke Workout: Back and Biceps

Deadlift (can be done with DB or KB if preferred)

Bent Over Rows (DB or T-Bar)

Also consider adding in some mixed martial arts training to really step your SuperHuman training up a notch.