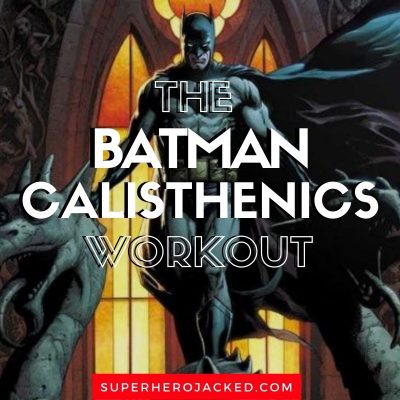 With the highly anticipated release of ‘The Batman’ starring Robert Pattinson dropping in theaters a little over a year from now we decided to release this gem of a workout a little earlier than anticipated to give you guys more than enough time to get into Superhero shape.

We’re actually seen a handful of “Batman” workout routines here at SHJ, but this one will be strictly calisthenics for all of you at home looking to use your own bodyweight to get into Batman shape.

And you’ll also see his name listed below being that we’ve already seen his stats here before!

Vegeta was tied Wolverine for the shortest spot among comic characters we’ve seen at 5’3, prior to the Teenage Mutant Ninja Turtles coming in at 5’2, (and Gimli even shorter) – but Damian Wayne (Robin) is only 5’4.  Goku isn’t that tall either, though, standing only 5’7, with Miles Morales only an inch above him.

Stuck at home but still want to level up?
Unleash The Superhero Physique from ANYWHERE...anytime!
Join The Superhuman System! 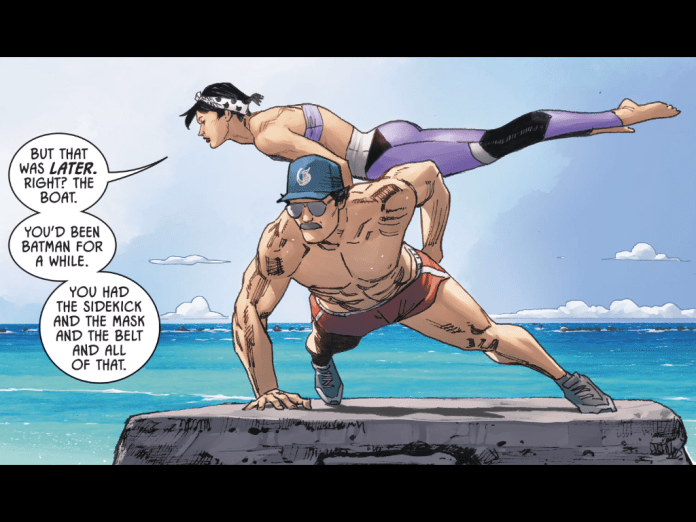 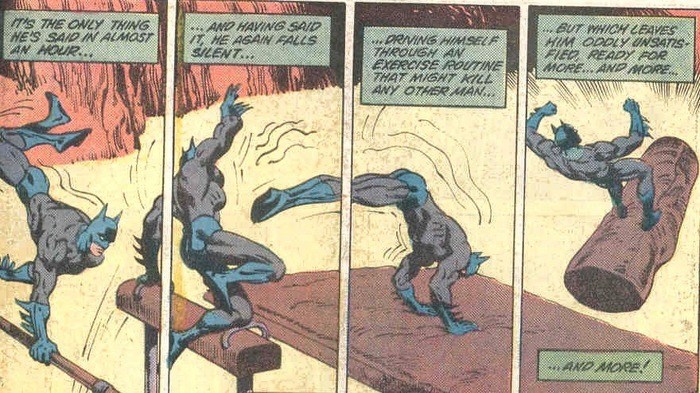 Now we all know The Batman origin story but it doesn’t hurt to go back over it.  What’s amazing about Bruce is that he is a mere mortal who trained his body to peak physical perfection.

Batman is the superhero protector of Gotham City, a man dressed like a bat who fights against evil and strikes terror into the hearts of criminals everywhere. In his secret identity, he assumes the alias of Bruce Wayne, billionaire industrialist and notorious playboy; though “Bruce Wayne” is technically his real name, this Bruce Wayne is a disguise–that of the man he would have been had his parents not been murdered before his eyes when he was no more than a mere boy.

Let’s see what kind of powers and abilities the The Dark Knight is capable of ….

Here’s what his Wiki Fandom has to tell us: about Bruce’s abilities.

What is inspiring about the Dark Knight is that we all have the ability to train like him, all it take is a little hard work and dedication.

So let’s check out this special Batman Calisthenics Workout to get you started on your journey.

The Batman Calisthenic workout is a 5 day total body plan that will not only enhance overall body control through movements we have seen the Dark Knight build his legendary physique out of, but will also enhance your strength and make you look superhuman.

As with any crime fighting vigilante Martial Arts are an essential part of the jobs so, we will also be providing Mixed Martial Arts resources available on the site so you can choose to sprinkle them into the routine as you wish.

Calisthenics/ Bodyweight training is vital to building a physique that not only looks Superhuman but also allows you to perform Superhuman feats.

There will be two workouts as listed Workout (A) Workout (B) As well as Modifications for each workout to increase and decrease difficulty.

Tuesday: Total Body (B) and Core

Wednesday: Total Body (A) and Cardio

Thursday: Total Body (B) and Core

Friday: Total Body (A) and Cardio

Batman Beyond Workout: HIIT and Calisthenics A

Perform these as Supersets

Pullups ( Not a Super Set)

Batman Calisthenics Workout: (B) Not a Superset Day

Calisthenics B: Advanced Techniques Workout will include alternative Beginner  Modifications

When training gets dull add these in for a new challenge to conquer .

Bri and Drake are upcoming writers who spend their days researching weightlifting and always trying to find new ways and give advice to people to stay in shape. They both also enjoy picking up a comic or two in their free time. 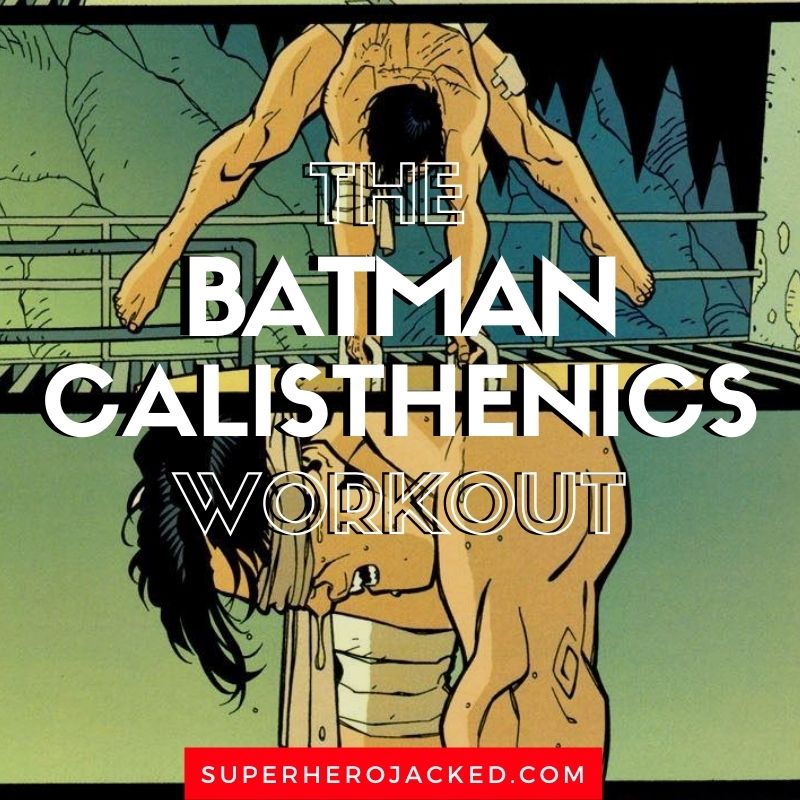