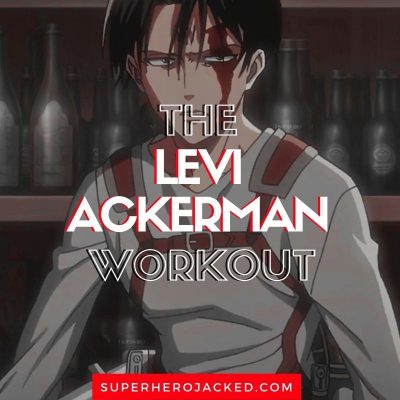 It’s hard to have the best Anime Inspired Workout Database on the internet within this Attack on Titan soldier!

Levi, as we’ll learn further in the workout routine research section, is widely regarded as humanities greatest soldier on Attack on Titan, so The SHJ Army has made it very clear he is needed among our anime routines.

Which means we’ll not only be training with calisthenics to become as mobile and incredibly talented as Levi, but we’ll also be training to be a soldier!

Levi Ackerman is actually extremely short and light compared to other characters we’ve seen at SHJ.

But that just means we have to train with that in mind! 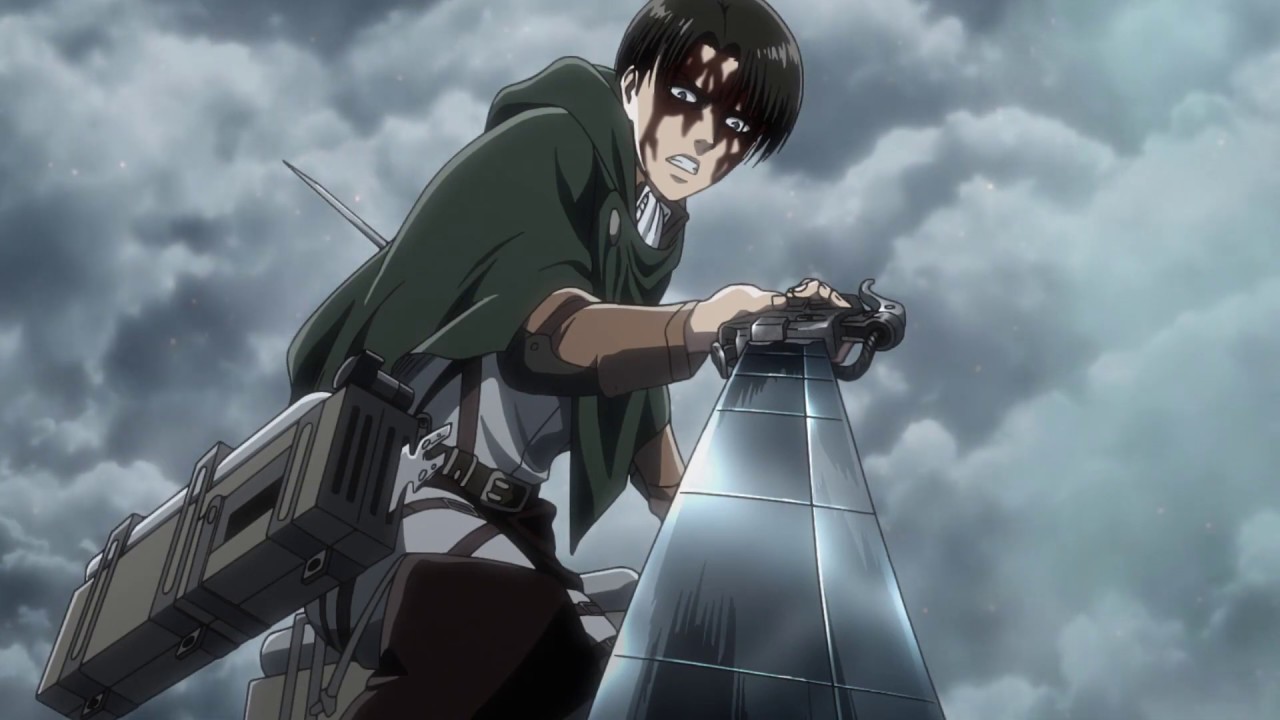 As I told you guys above: Levi Ackerman is a soldier; possible the best.

Here’s what his Wiki Fandom tells us about it:

Levi Ackerman, often formally referred to as Captain Levi, is the squad captain of the Special Operations Squad within the Survey Corps and is widely known as humanity’s strongest soldier.

His Wiki goes on to say a bit about his appearance as well:

Levi has short, straight black hair styled in an undercut curtain, as well as narrow, intimidating dull gray eyes with dark circles under them and a deceptively youthful face. He is quite short, but his physique is well-developed in musculature from extensive vertical maneuvering equipment usage. He is usually either frowning or expressionless; that, plus his extremely calm demeanor, often makes it difficult for others to guess what he is thinking.

So while we’ll definitely need to be pairing this calisthenics style training with some parkour maneuvering to replicate his abilities we see on the show, we’ll also need to work on building the “well-developed in musculature” physique that’s made mention to in that quote.

But, before I jump ahead, I do want to explain some of the “vertical maneuvering” that they also reference.

His Wiki explains it as such:

Levi is unbelievably adept at using the vertical maneuvering equipment, to a point that everyone says he is the best at it. He is also said to be as valuable as an entire brigade, far outweighing all of the other soldiers. Furthermore, he was considered extremely strong even before joining the Survey Corps.

He has shown the capability of incapacitating the Female Titan by moving too fast for her to defend, something which whole squads and even Eren in his Titan form could not accomplish. He even defeated Zeke Yeager in his Beast Titan form, who is one of Marley army’s strongest Warriors and an extremely skillful Titan. Neither of these assaults are without some degree of prior planning and situational advantage, as the Female Titan was tired out from multiple conflicts in the span of a few hours, and Levi had engaged Zeke by surprise, getting too close to defend against before Zeke noticed. That said, Levi’s full abilities with his blades are still tremendous, able to carve the Beast Titan’s arm into multiple clean pieces so fast they fell in unison. Nonetheless, Levi has proven himself capable of taking on powerful possessors of the power of the Titans in a one-on-one situation where his vertical maneuvering equipment can be utilized to its utmost. For example, as seen when Levi bested Zeke again in a forest terrain where his vertical equipment could be properly employed.

Which should tell you why we’ll be using parkour to replicate this!

And from the training or his vertical maneuvering they also tell us about the strength that he has built:

Levi has formidable physical strength, which is no doubt evident by his mastery of the vertical maneuvering equipment. Despite his small stature, his body is well built with heavy muscle, making him very strong, and easily able to defeat his opponents. At one point, Levi intercepts one of the Female Titan’s attacks, by using her hand to launch himself towards her mouth before she could hit Mikasa. This does not stop him from injuring himself though.

So sit back and get ready because we’ll be using calisthenics to build up to parkour training that we’ve had right here on the site waiting for you!

Combine that with our soldier training styles and we have our work cut out for us.

Levi Ackerman is a soldier. The best alive on Attack on Titan.  So we’re going to be utilizing calisthenics and parkour training three days per week and then soldier-style endurance work and mixed martial arts another three days per week.

Monday: Calisthenics and Parkour A

Wednesday: Calisthenics and Parkour B

Side Planks x 30 Seconds Each Side

Jumping In and Out Squats x 10

Once per week it’s going to be your job to do a soldier-style-trek.

For this you’re going to need a heavy backpack or even a weighted vest.