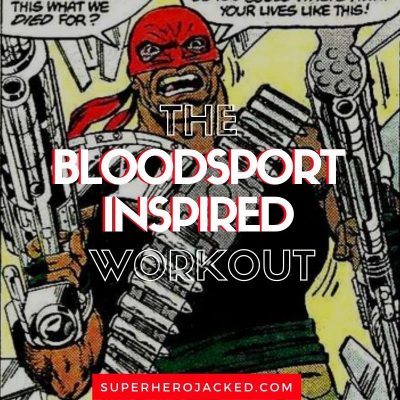 With the release of trailers and news of “The Suicide Squat” it only feels right we start preparing now.  Bloodsport, who will be played by Idris Elba, is a soldier turned

Not many men can say they have put a Dent in the Man of Steel however, Bloodsport can say he put a HOLE in him!

Bloodsport is credited as the first human to ever shoot the Man of Steel himself. 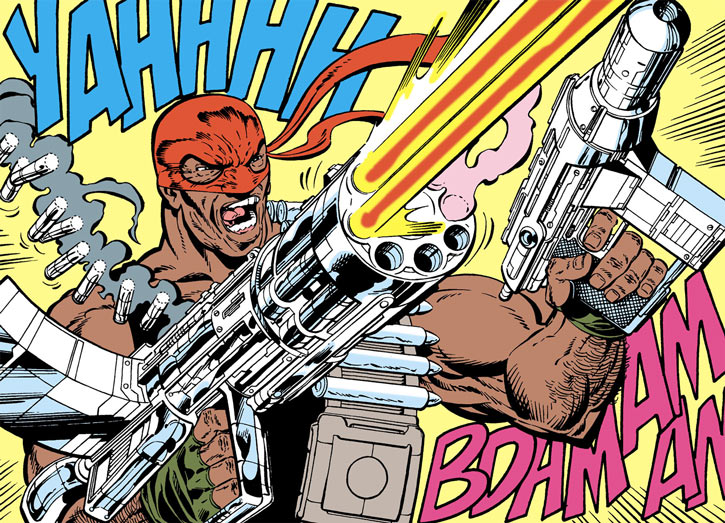 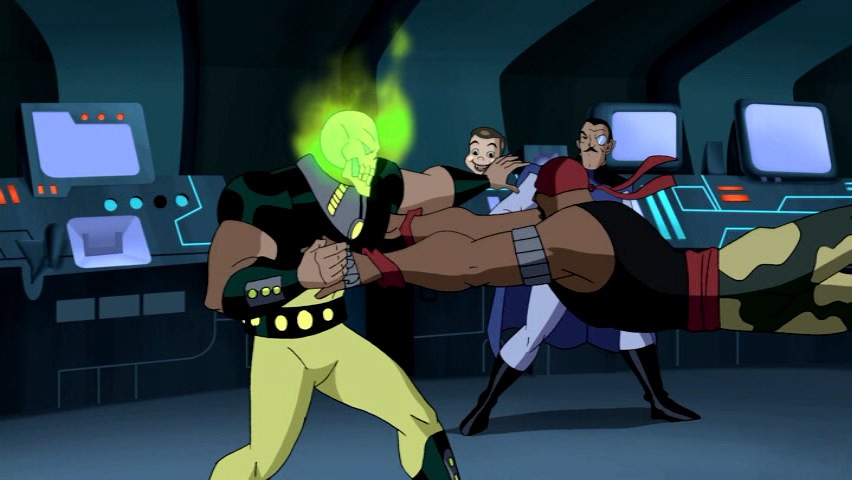 Now as you probably know, Mike usually calls this “the fun part”.

And, after writing a few of these superhero themed routines for the site I’m starting to understand why!

Since The Squad Suicide has a release date of 2021, we will be using the comic accurate Wiki to take a look at Bloodsport’s origin and his powerset.

As a young man, Robert DuBois received his draft notice to fight for his country in Vietnam. DuBois was afraid to go however, and fled to Canada. His brother Mickey took Robert’s place and served in the war, tragically losing both of his arms and legs. This realization sent Robert DuBois over the edge and he spent the next twelve years bouncing around various Canadian psychiatric hospitals.

So technically speaking Bloodsport is a paramilitary-themed supervillain, BUT, he also dodged the draft and didn’t go to war.

That being said, multiple Wiki sources explain why Bloodsport took on this military persona, starting with our first Wiki page:

Luthor’s objectives went horribly awry however, as he failed to account for Robert’s psychological instability. Calling himself Bloodsport, DuBois imagined himself as a hard-edged Vietnam War veteran and went out in combat fatigues, slaughtering more than twenty-five innocent civilians just to draw Superman out.

Another variation includes this in his biography, which helps us learn more: “He is mentally ill and obsessed with the Vietnam War”.

Several years ago, Lex Luthor found DuBois and decided to use him as the instrument through which he could finally kill Superman.  He secretly outfitted DuBois with a device that enabled him to teleport any weapon he could imagine directly into his hands. One of these weapons was a gun that fired needles of Green Kryptonite. Luthor’s scientists played on DuBois’ guilt and sent him out to track down Superman.

Bloodsport also doesn’t have any powers.

They list his abilities as such hand to hand combat and firearms, and the best comparison to a bigger named character we can make (although from Marvel, not DC like Bloodsport) would be Punisher.

The biggest of Bloodsports powers and abilities actually came from a piece of equipment that Lex Luthor supplied him (although Bloodsport never truly knew he was a pawn of Luthor’s game) which his Wiki describes as such:

Bloodsport possessed technology which enabled him to automatically summon any weapon he desired from a remote locale.

I won’t be able to teach you to do that!

BUT, we will be training for Bloodsport like mass in this one, so get to lift.

With Bloodsport being obsessed with the Vietnam War we are going to execute this workout with military-like precision, and focus on basic compound movements and supplement in weighted calisthenics while also improving overall endurance in order to gain a soldier-like strength.

Bloodsport Workout Day One: Back Day

4X12 – Add Weight Each Set Do Not Compromise Form

Lateral Raises and Front Raise Perform as a Superset