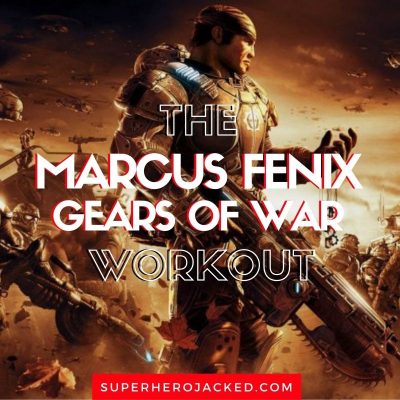 At the end of the week our Video Game Themed Workout Booklet will go live (free) inside our Academy, and also be available for SHJ Army Members to take advantage of.

Marcus Fenix definitely deserves a spot in that booklet!

With some SHJ Army members finally making their way back into the gym, I decided we can finally host our first Gears of War Inspired Workout Routine here at SHJ.

But, now we can get JACKED like Marcus Fenix and our Gears of War characters.

Judging by Fenix’s arms and the size of his physique overall I would guess he’s well over 200 pounds at his 6’1.

Just to put that into perspective, Dwayne Johnson is about 240 lbs at 6’4! 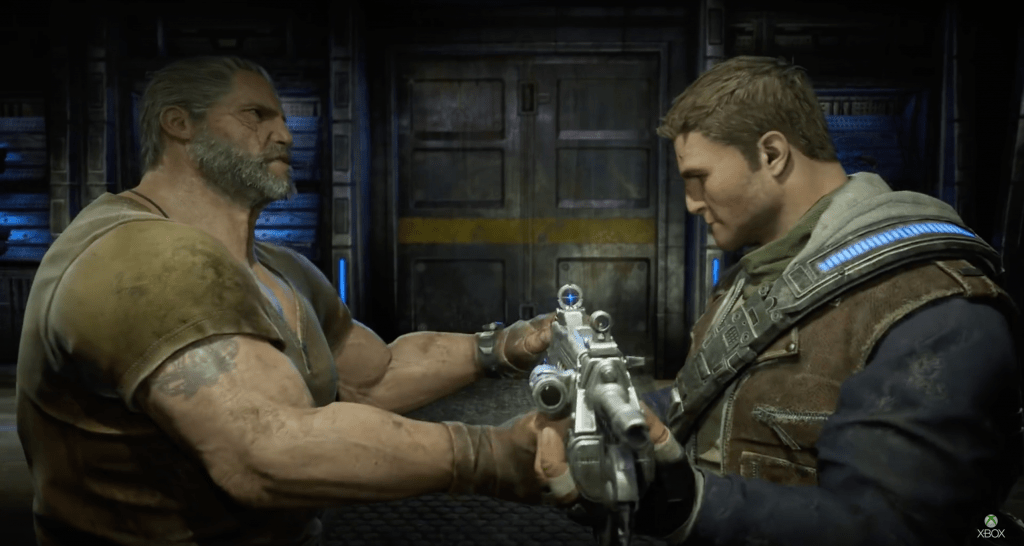 Remember the big arms and physique I mentioned?  Well that picture above puts Marcus Fenix’s arms on display!

We’ll be training to get a BIG physique for this one, so I hope you came ready to lift.

To start us off we’ll be pulling from Marcus Fenix’s Gears of War Wiki Fandom.

They tell us this about his bio:

Sergeant Marcus Michael Fenix ES is a former Gear soldier in the Coalition of Ordered Governments army. A legendary war hero, Marcus served with distinction in the Pendulum Wars, which earned him the Embry Star, the COG’s highest military award, for his actions during the Battle of Aspho Fields. He is also a convicted “coward” for his actions at the Battle of Ephyra. Like the rest of humankind, he saw everything change on Emergence Day. Marcus bravely fought against the Locust for ten years until the Battle of Ephyra, where he abandoned his post to rescue his father, Professor Adam Fenix, but could not reach him in time. With his father presumed dead, Marcus was tried for dereliction of duty and sentenced to 40 years in Jacinto Maximum Security Prison. He was incarcerated for four years before being released by his longtime friend, Dominic Santiago. Marcus was later promoted to replace Lt. Minh Young Kim after the squad leader’s death. Along with the rest of Delta Squad, he successfully detonated the Lightmass Bomb and destroyed much of the Locust Hollow. With his reputation restored, Marcus continued fighting against the Locust, culminating in the Sinking of Jacinto. After the COG moved to Vectes, Marcus fought against Stranded insurgents and the rising threat of the Lambent. After the COG collapsed under the constant struggle to survive, Marcus and the rest of Delta banded together with other Gears and civilians aboard the CNV Sovereign, seeking a way to survive in the new world. Eighteen months later, Chairman Prescott returned with the startling news that his father was alive. Marcus led humanity to victory over the Locust and the Lambent, but was at a loss of what to do next after losing both his father and Dom along the way. He was in a relationship with Anya Stroud, and was the father of James Fenix.

We recently saw Levi Ackerman’s Workout Routine from Attack on Titan who is another soldier, but this time we’ll be pairing those Soldier Treks and endurance training sessions with heavy lifting rather than calisthenic circuits like Ackerman.

Fenix’s Wiki page goes on to tell us a little bit more about him here:

A totally professional soldier, Marcus Fenix is generally gruff and aggressive. He is a natural leader; being promoted to Corporal not long after he joined the army, and was promoted to Sergeant after the death of Lt. Kim; despite Hoffman’s disappointment in him due the fact he deserted his post during the Battle of Ephyra . However, there have been several times when Marcus has put friends and family before the call of duty; he deserted his post to try and save his father, as well as going with Dom to look for Maria despite that not being their mission. He frequently displays great loyalty to his friends. While serving time in the slab, he would tattoo his prison tag on his right arm.

Either way it’s safe to say we’re training to be a big, jacked, soldier, badass.

We’re going to be weightlifting four days a week revolving our training around our big compound lifts, one day devoted to ARMS (because, c’mon, Marcus Fenix’s arms are HUGE), and one last day for our Weighted Soldier Trek.

Tuesday: Deadlift and Back

Friday: Back Squats, Legs and Calves

For this one you’re going to need to pack up a heavy backpack or grab your weighted vest.

That being said, we can work on different levels: