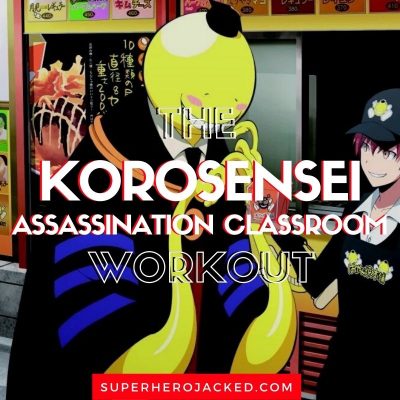 Korosensei made our list recently among The Top Ten Anime of All Time.

Actually, it was Assassination Classroom that made the list, but Korosensei is obviously a standout character to feature from the show and highlight an overpowered workout for.

Korosensei may not be a typical character to be featured in our Anime Workouts Database, but he deserves his slot as much as the rest of our super powerful characters and heroes.

Our anime characters (and therefore database) have been getting a ton of love lately being that our SHJ Army has been enjoying them so much, but anime is actually trending all over the world!

Yeah, I said it….Netflix has seen a surge of people and households that watched multiple anime shows during the pandemic, and it’s not just because everyone was doing more binging than normal…

Korosensei is a bit of an anomaly among our characters.

Korosensei is 9’8 and his weight is unknown… 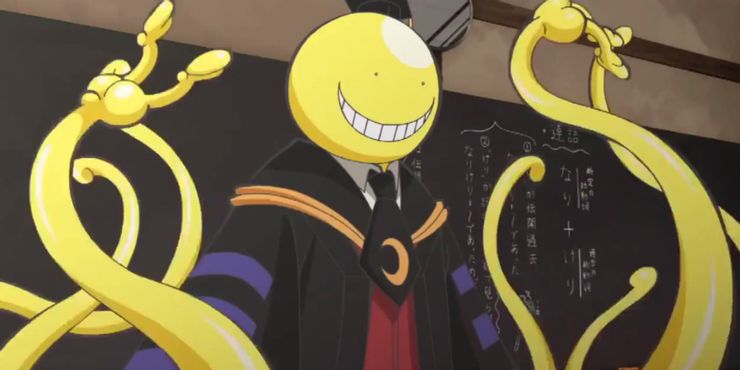 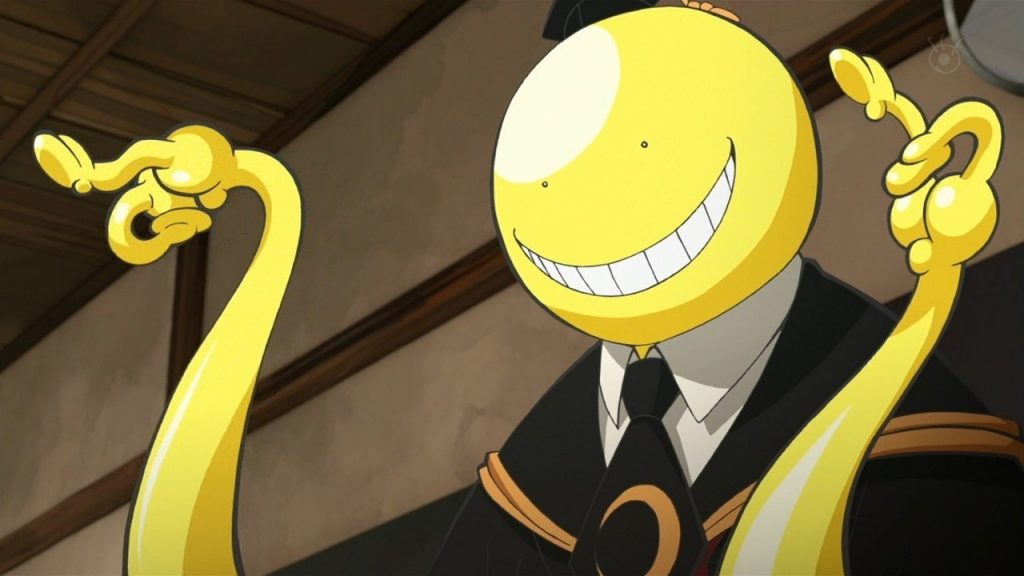 Korosensei is such a cool character, and we’re going to start by talking a bit about his bio, pulling straight from his Wiki Fandom.

Here’s what they have to tell us about The Reaper:

Korosensei was the homeroom teacher of Class 3-E of Kunugigaoka Junior High School, and the secondary protagonist and antihero of Assassination Classroom. He claimed to be responsible for creating the permanent crescent moon, and added that he planned to destroy the earth after teaching Class 3-E for a year.

Prior to being a teacher, he was the assassin known as “The Reaper“.

Korosensei, AKA The Reaper is not only an anomaly when it comes to his height and weight, he’s also a much different character in general.

For example, here’s what is listed under his “Powers” as the first to start a long list:

Antimatter physiology: Due to the human experiments of producing antimatter in a living body by Shiro, Korosensei’s entire appearance is that of an octopus-like creature with multiple tendrils that function as his tentacles. Anything aside from Anti-Sensei Weapons will be ineffective in harming him. It is initially believed that he would self-destruct by the time of Class E’s graduation; however, it has since been proven that the chances are minuscule at best.

This brings about more powers that include:

All of which are essentially meaningless to the powers we’ll be able to train to attempt to replicate BUT should be factored in when considering Korosensei’s overall power level.

The powers that are more important start here:

Superhuman speed: Korosensei can travel up to the speed of Mach 20. His normally soft and jelly-like head hardens under immense pressure as a process known as the dilatancy phenomenon, which presumably lowers his wind resistance, allowing him to reach inhuman speeds. The only known objects to surpass this are the reusable space shuttle and the transformed Reaper.

And as for the abilities section, they also list:

This isn’t the first assassin we’re looking to train like at Superhero Jacked….

Although I do think Korosensei would give them all a run for their money….potentially all at the same time….

So are you ready for some speed training?

For this one we’re going to be training 3 days a week with weights and 2 days a week with speed and endurance work.  These will compliment each other and help us live up to Korosensei’s super speed while also making us strong enough to endure it!

A. Bench Over Rows

A. Curl to Press

Speed and Endurance Work: “On and Off” Sprints