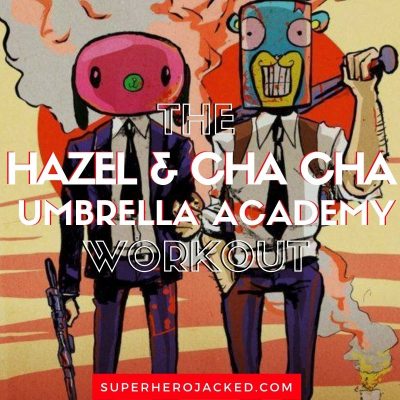 I told you to keep an eye out for an Umbrella Academy Workout that featured villains!

But I bet you didn’t expect one to hit the site so quickly after Luther Hargreeve’s Spaceboy Workout; am I right?

I happen to really like not only Hazel and Cha Cha’s character portrayal in Umbrella Academy Season One, but also their characters in the comics, from what I was able to dig up and read about them while deciding on the best character(s) to host here on the site.

I originally wanted to add some more celebrity workouts from Umbrella Academy (right now we really only have Tom Hopper’s Workout Routine), but hosting Luther with Hazel and Cha Cha proved to be the right decision.

If you’re not quite sure who they are just yet, sit back and relax, we’ll talk all about that in their research section.

Hazel and Cha-Cha are quite tall, actually.

The heights are actually based on their Wiki Fandoms for The Netflix adaptation being that their character Wiki’s did not list anything! 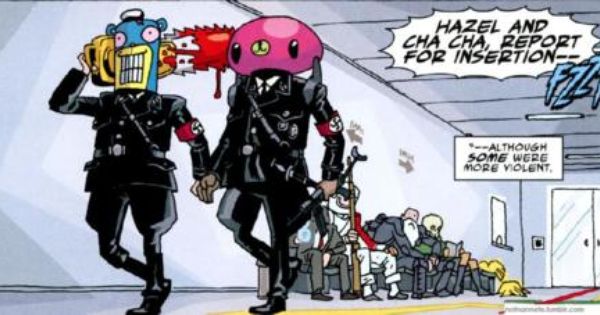 We’ll start with a little bit of a biography for our Hazel and Cha Cha.

I’ll be pulling this from the character variation of their Wiki Fandoms (which means they may also overlap).

Here’s what Hazel’s Wiki Fandom has to tell us:

Hazel is a hitman, whose job is to keep the timeline safe and steady. He and his partner Cha-Cha are supposed to stop anything that isn’t supposed to happen from happening. They ensure that everything will play out like it was meant to.

Hazel is also a sucker for sugary treats. The duo of hitmen (who both wear cartoonish animal masks) are known for their love of delicacies, often taking time in-between their missions to feast on treats.

Hazel and Cha-Cha are trained hitmen who have carried out multiple murders. They live in and out of time, as they won’t grow old.

When he was dispatched on a mission that took him and Cha-Cha to a past Christmas, he left a trombone for his younger self as a Christmas present.

And Cha-Cha’s Wiki Fandom tells us this:

Cha-Cha is the partner in crime of Hazel. He is a highly dangerous hitman who works for a time-travel organization to eliminate people who “mess with the timeline”. He has a love for sugar, specifically donuts. He frequently complains about “Corporate” and the diminishing benefits of each job. When doing a job, he is seen wearing a blue and yellow bear mask with enormous eyes and a long toothy grin.

He is shown to have incredible strength and stamina, as well as having a high level of physical durability. He gets a lot of information out of witnesses by commanding that they “Elaborate.” In the Netflix series (under the name “Hazel”), he frequently toys with the idea of leaving behind the hitman life, proclaiming when watching HGTV that there’s “beauty in the mundane.” He has a crush on Agnes, the waitress at Griddy’s Donuts, the donut place he frequents visit.

It’s also important to note that in the Netflix adaptation of Umbrella Academy, Hazal and Cha-Cha’s gender is reversed.

So don’t be confused when we take a piece of Hazel’s Netflix Wiki below and I am referring to him as “he” instead.

Here’s what they tell us about Hazel’s powers and abilities (which Cha-Cha’s Wiki does not have anything listed):

Hazel is a professional hitman, a skilled hand-to-hand fighter, and gunslinger.

Although it’s never outright stated in the series, it is strongly suggested he is superhuman. He was able to take on Luther in a direct fight, and shrugged off getting stabbed by one of Diego’s knifes.

We work well with creating superhumans…

It’s kind of our job here!

So we’re going to be looking to turn into a professional hitman.

We have seen a Hitman workout here (Agent 47 Workout) at SHJ before, so I’m sure it’ll be functioning in a similar fashion.

For this one we’ll be combining mixed martial arts with the need to build some kind of super strength and endurance right there with parkour and assassin style training.

B. Dumbbell Bent Over Rows

For your interval training I have a handful of resources that you can utilize.

You can choose to do this with a basic format like such:

Complete 20-30+ Minutes utilizing any of the below formats:

Or you can even use different variations of our Jump Rope HIIT Circuit:

As for your Parkour Training, we have you covered there as well!

As for your mixed martial arts, you’re going to be throwing in one of the other MMA styled workout routines we have here at SHJ.

Here’s a handful you can utilize: 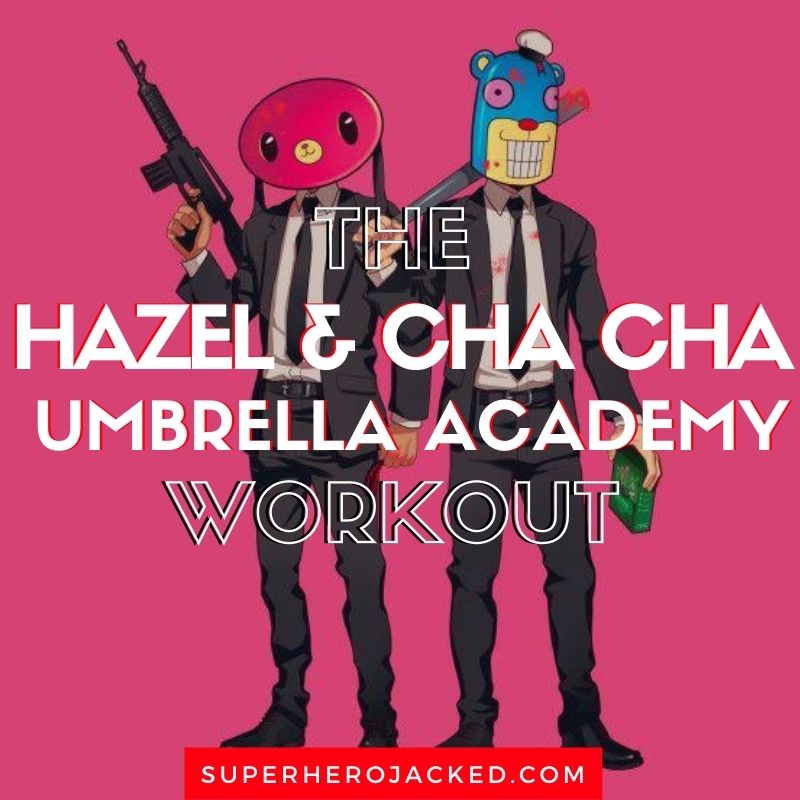