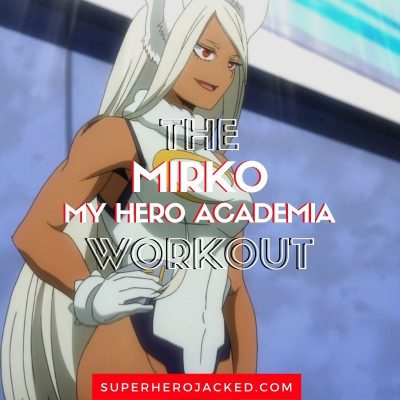 Mirko’s Workout is going to be the newest addition to our new My Hero Academia Workout Database for all our MHA Inspired Workouts!

We now have a few mini databases for some anime that we have more than 15+ characters for within our Anime Workouts Database!

But Mirko is an extremely fun female character to add because not only is she the number five ranked Pro Hero in MHA, but she’s also the top female!

Her Quirk, which we’ll talk more about later (in the research section of this article), makes her extremely strong; so you guys better be ready for some intensity and volume in this one.

Mirko is short, but don’t let her height fool you…she is POWERFUL.

And although her weight isn’t listed, we can assume she definitely has a fair amount of muscle weight on her! 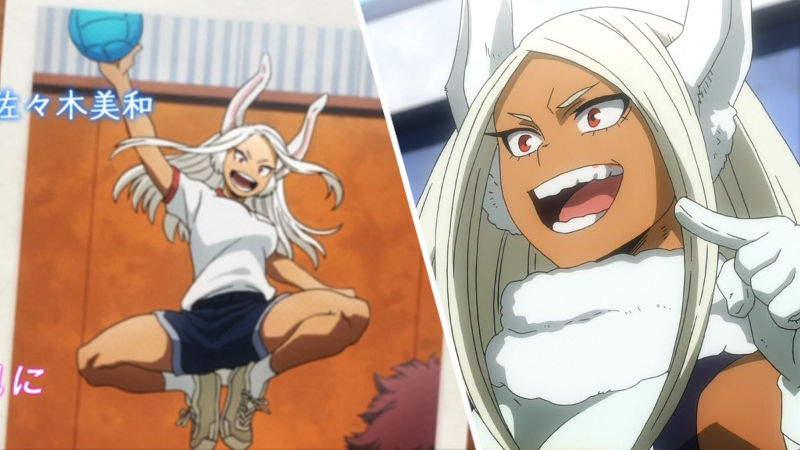 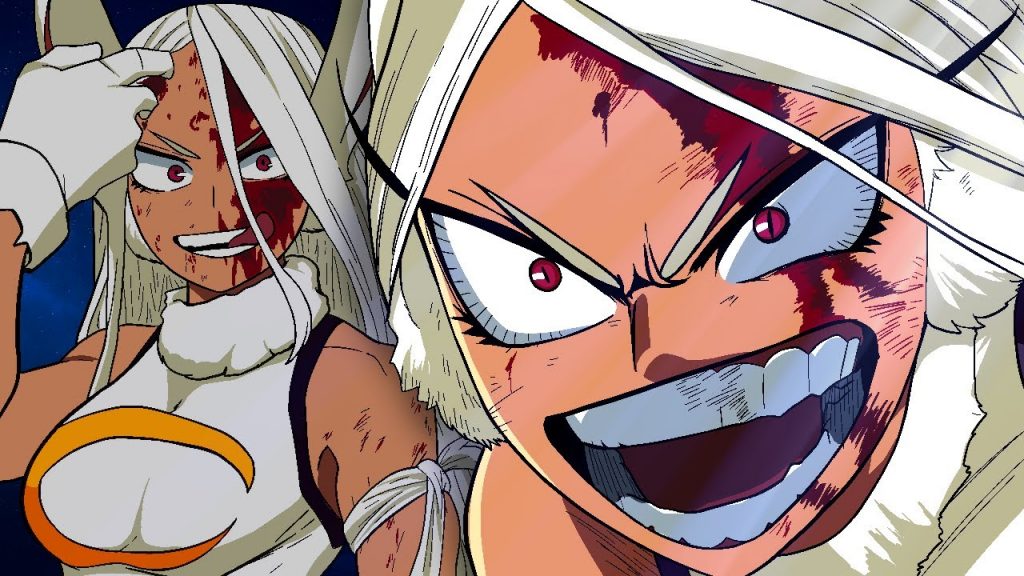 If you missed it, Mirko is the Fifth Ranked Pro Hero in all of My Hero Academia.

Here’s a brief bio that her Wiki Fandom gives us (and when I say brief I mean very brief):

Rumi Usagiyama, also known as Rabbit Hero: Mirko is the No. 5 Pro Hero.

Don’t worry, we’ll be building on that!

They also tell us a bit about her overall appearance and personality, which I’ll give a bit of information on before going into her powers:

Rumi has an athletic build with muscular arms and legs. Rumi has tanned skin, red eyes which are tilted slightly inwards, long eyelashes, and straight white hair reaching down past her waist. On her head, she has a pair of long white rabbit ears pointing upwards with a slight crook. Along with these, she also has a round white tail, which gives her overall design a definite resemblance to an albino rabbit.

And they continue with:

Rumi is tough and speaks her mind, even if it causes confrontation, and she respects those who do the same. Rumi seems to believe that heroes who join teams are cowards, as they could just be relying on their teammates’ strength rather than their own.

Before we go into her overall powers, which come from her Quirk, I also want to start with what her Quirk actually is!

She has the Quirk: Rabbit.

Here’s how her Wiki Fandom describes it:

Rabbit: Rumi’s Quirk gives her the attributes and abilities of a rabbit. This grants her incredible leg strength, allowing her to jump and kick with extreme force; she can even destroy large chunks of the ground by thumping her foot. She also has excellent hearing thanks to her rabbit-like ears, and possess animal instincts that alert her to nearby danger.

This Quirk also comes with a LONG list of abilities.

Overall Abilities: As the No. 5 Pro Hero, Rumi is more powerful than most other Pro Heroes. Her hearing capability is outstanding, as she was even able to locate her target though minimalistic noise. She was also shown to be capable of multitasking, as she simultaneously attacks, dodges, and concludes information about the enemies.

There are a couple things there that we can specifically zoom in to and build this routine around.

Get ready for a focus on legs, ladies!

We’re going to be working with an Upper/Lower Body Split, two days of each per week, with endurance work and optional training added in on top of that.