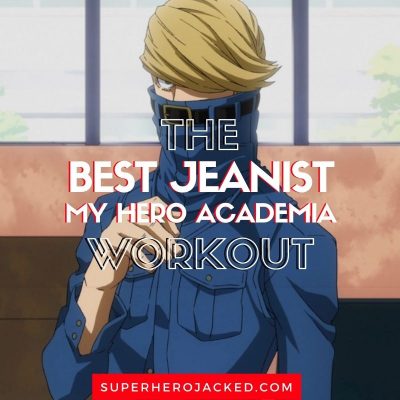 We now have our own Mini Workout Database for My Hero Academia Inspired Workouts here at SHJ.

But that’s not going to stop me from keeping the fun rolling with more characters!

We recently saw our Mirko Workout and our Hawks Workout (among some others), and then I decided I wanted to wrap up some more of the top ranked heroes from My Hero Academia to build out a fun listicle.

Our Anime Workouts Database is flooded with MHA, but the members of The SHJ Army assured me that they’ve loving it!

So here’s our Number 3 Ranked Pro Hero from MHA: Edgeshot!

Best Jeanist is lean and slender, but he’s actually super tall compared to many of the male anime characters we’ve seen.

Usually if they’re as tall, or taller than him, they’re characters like All Might or Endeavor who also dwarf him. 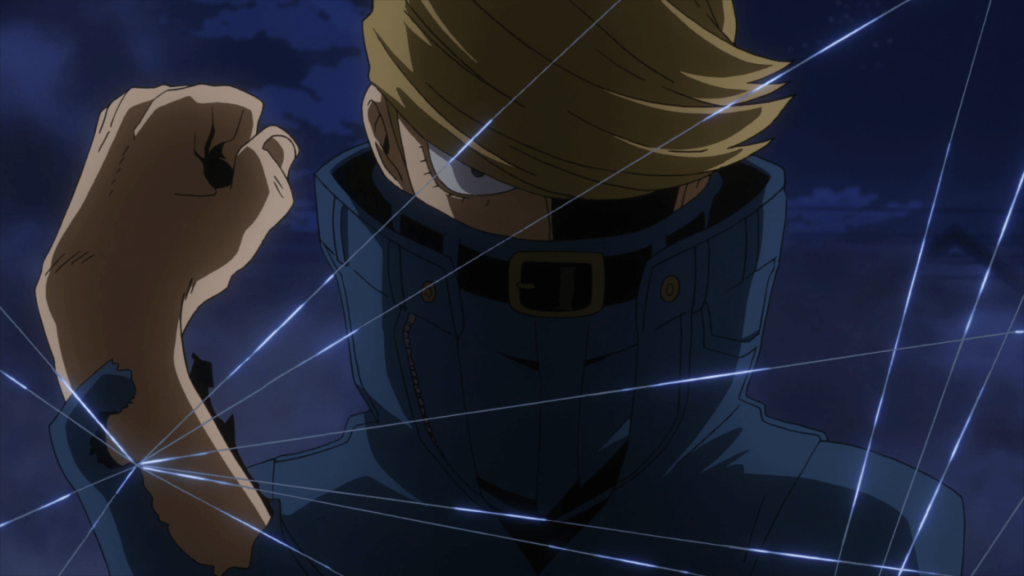 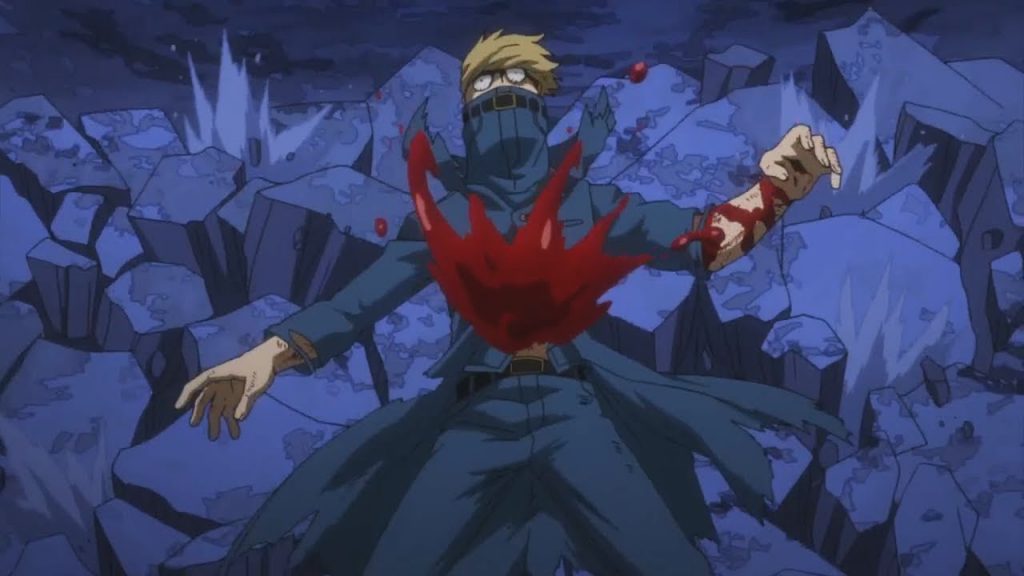 As I mentioned above Best Jeanist is the Number Three Ranked Pro Hero in My Hero Academia.

He was actually the fourth, but he was moved up a slot after All Might’s retirement.

To start us off, although it’ll repeat the hype I just built up above, here’s a snippet of his bio from his Wiki Fandom page:

Tsunagu Hakamada also known as Fiber Hero: Best Jeanist, is the former No. 4, and the current No. 3 Pro Hero, as well as the recipient of the “Best Jeanist” award for eight consecutive years.

I know what you’re thinking: “I hope there’s more than just what we already knew”.

Don’t panic!  Of course we’ll also be discussing his Quirk and abilities.

Best Jeanist’s Quirk, as they mention above is Fiber Master.  They tell us more about it here:

Fiber Master: Tsunagu Quirk allows him to freely manipulate the threads in any nearby piece of fabric. His Quirk works best with denim, and is least effective on sweats.

He can unravel a part of his own clothing into strings and use them to restrain targets, as well as use the targets own clothing against them.

So we won’t necessarily be able to train around his powers, but he does also have some more abilities to discuss.

Here’s what they have to tell us about those:

Overall Abilities: Tsunagu was ranked 4th of Japan’s heroes, before taking the spot of No. 3 after All Might’s retirement. He also possesses a proficient handle on his powerful Quirk, Fiber Master. Tsunagu can unravel part of his clothes into fabric strings and manipulate them in order to restrain targets. Since his hero costume is covered from head to toe with denim, his Quirk specialty, he always has a source of easily controllable fibers for him to weaponize at his disposal. Another known application includes manipulating fibers of clothes worn by allies for forced evasive maneuvers.

As he is ranked highly, Tsunagu is a very powerful hero, which has been proven in his fight against the League of Villains. During the Kamino Incident, Tsunagu was not only successful at restraining multiple Nomu, some of which were defeated by his comrades Mt. Lady and Gang Orca, but he was capable of swiftly immobilizing the incredibly powerful All For One. However, the latter case was temporary, as the Symbol of Evil broke free from Tsunagu’s restraints and defeated the trio of Hideout Raid Team members, although denim-clad hero got his comrades to safety, leaving three Pro Heroes with moderate injuries. Despite being overpowered, Tsunagu had the mettle to continue fighting, and attempted to constrain All For One again, but the masked villain swiftly dealt a grievous injury to the fabrikinetic, taking the hero out of the battle entirely.

After months of convalescence, Tsunagu finally resumed his hero work and made his surprise comeback during the climax of the Paranormal Liberation War. Immediately upon arriving on the battlefield in Jaku City, Tsunagu used additional fiber wire support items to detain Tomura Shigaraki, Dabi, Mr. Compress, Spinner, Skeptic, and Gigantomachia, all of which are powerful villains. Being able to restrict Gigantomachia is an exceptionally impressive feat on Tsunagu’s part, as the behemoth possesses immeasurable strength, and thus is virtually impossible to subdue. Whilst binding the six Paranormal Liberation Front members, Tsunagu displayed nigh-severe coughing, and told himself not to falter. This is revealed to be because he was put in a death-like state with a medical procedure for several months in order to fool Dabi into thinking he’d been killed; because of the procedure and the months spent in a comatose state, his body was severely weakened.

So what can we learn from this?

Obviously Best Jeanist mainly utilizes his Quirk to control the battle, but he also needs to be extremely agile and capable of maneuvering in those fights as well.

For this we’ll be looking to build insane maneuvering like parkour in order to revolve around Best Jeanist’s Quirk.

We’ll also be keeping in mind that he is tall and slim and I’ll be building the routine to stay lean and slender.

Get ready for high volume!

I’m going to give you three days of training around Push, Pull and Leg Day Split with each day incorporating endurance training and some interval work for agility and then it’ll also be your job to incorporate at least two days of extra parkour training as well.