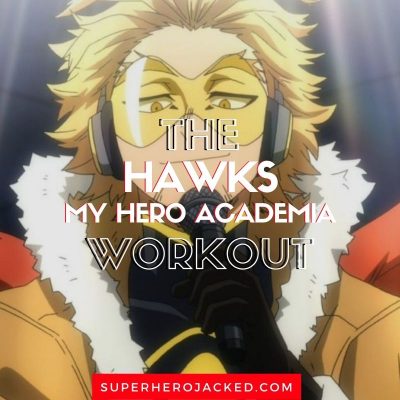 We have had All Might here at SHJ, and even Endeavor and now Mirko; so it was about time we got some more top ranked heroes in MHA.

Hawks is ranked TWO after All Might retires, so he was definitely a priority, especially considering he achieves that feat so young.

We even recently added our My Hero Academia Inspired Workouts mini-database within our Anime Workouts Database (and of course our whole Workout Database) being that the list of characters just continues to grow.

And from the looks of it you guys are not slowing down with the MHA requests anytime soon.

Although of course All Might and Endeavor do kind of dwarf him a bit. 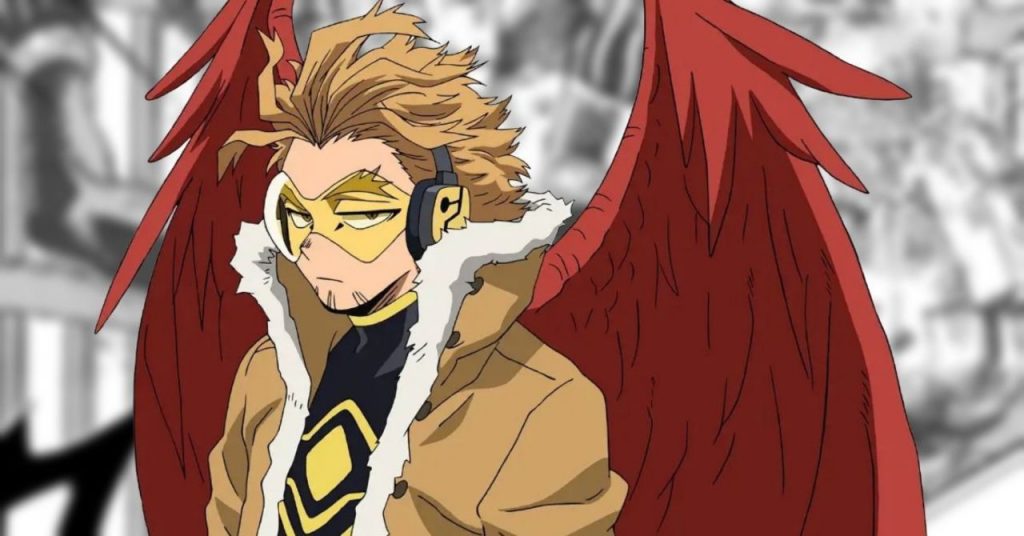 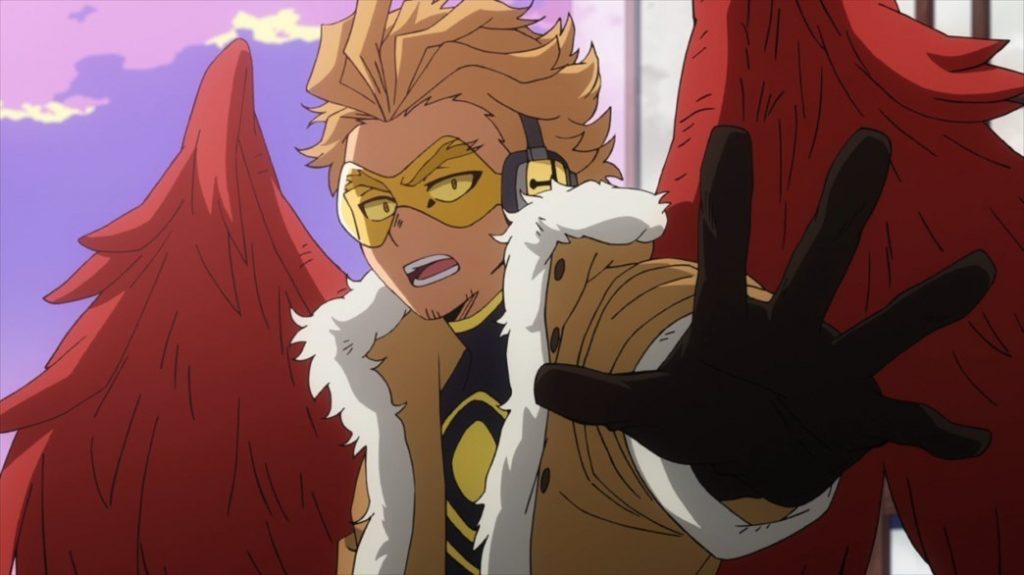 Hawks Wiki Fandom doesn’t tell us much about him in his brief initial bio, but I’ll still be sharing it to start us off nevertheless.

Keigo Takami also known as the Wing Hero: Hawks, is the former No. 3 Pro Hero and the current No. 2 Pro Hero.

Before talking about his keen intellect his Wiki Fandom tells us all about his overall abilities as a hero.

That part they actually add a lot of depth to before even getting into his Quirk.

Overall Abilities: Keigo was ranked 3rd of Japan’s Pro Heroes, before taking the spot of No. 2 after All Might’s retirement. When he was eighteen years old, Keigo became one of the top 10 Pro Heroes before taking No. 3 spot in the four years that followed, making him the youngest top Pro Hero as well as the fastest to reach such a high ranking in Japan. Fast and cunning, Keigo possesses incredible skill and finesse over his Quirk, Fierce Wings, which he primarily uses for flight, high-speed combat, and supporting his allies’ mobility using detached feathers. Even as a child, Keigo demonstrated remarkable skill and prowess, being able to singlehandedly save multiple people in a huge car accident with the automobiles going at 130 km/h. In spite of his prowess, Keigo is aware of his Quirk’s weakness and will not exhaust his quills unless absolutely necessary. To compensate for his Quirk being unable to enhance his overall brute strength, Keigo employs his plumes as bladed weapons. Combined with his celerity, Keigo can rapidly slice through enemies or fire off smaller plumages from his wings like daggers. His overall Quirk proficiency allowed Keigo to become both a top Pro Hero and one of the swiftest fighters in the world. In fact, Keigo subdues common criminals so quickly his subordinates only serve as clean up, while Keigo moves on to his next target.

Without looking, Keigo utilized his feathers to save citizens and animals, as well as apprehend villains, all while holding a walking conversation with Endeavor. When Hood appeared and engaged Endeavor, Hawks was able to effectively evacuate 76 denizens from the collapsing skyscraper before proceeding to aid the Flame Hero against the High-End Nomu. All this shows Hawks to be effective at multi-tasking and incredibly aware of his surroundings. Hawks’ main strength however happens to be his phenomenal speed. Said speed allows Hawks to keep up with the High Ends Nomu Hood who was shown to completely outpace Endeavor a combatant with high reflexes. At a later date Hawks was shown to travel from the top of a skyscraper and apprehend two villains at such high speed Izuku Midoriya and Katsuki Bakugo couldn’t follow his movements. Hawks has also shown skill in the use of his feathers as swords.

So there’s not an insane amount of abilities to build off of like some of the other heroes we see at SHJ, but we definitely will be working around speed and some strength!

But that’s not even including his Quirk: Fierce Wings.

Here’s how they explain his Quirk for us:

Fierce Wings: Keigo’s Quirk grants him a pair of large, bright red, feathery wings on his back. These wings allow him to fly, and he can telekinetically control the movement and nature of each individual feather with ease, enabling him to harden them into a blade-like state and/or shoot them as projectiles.

He can also feel the vibrations in the air through them, allowing him to sense people’s locations, in a way similar to echolocation. The feathers are considerably strong, capable of carrying medium-sized objects, such as rocks or human beings, with just a single feather for each one or multiple for large objects.

As Keigo sheds more feathers, his wings gradually shrink, impairing his flight ability. When he loses all his feathers, it takes at least two days for them to grow halfway back, which can be a considerable drawback. His feathers are not of infinite quantity and prove to be lacking in abundance during certain occasions. Keigo has mentioned that he does not have enough feathers to hold up a collapsing building, but does have enough to evacuate the victims from said building. Aside from the limited feather quantity, the biggest weakness of Fierce Wings is fire, as it can burn Keigo’s feathers, severely impairing his mobility.

More to the point about training around muscle strength and speed!

Considering we won’t be building this around super enhanced and powerful strength we’ll actually be training using calisthenics for this one.

Combine that with super high intensity and we should be good to go.

We’re going to be working with calisthenics and bodyweight training primarily, but that will also include high intensity interval training, endurance work and more!

I’m going to be writing you a HIIT day, but I’ll also provide some bonus resources to utilize if you’d like to swap styles of training.