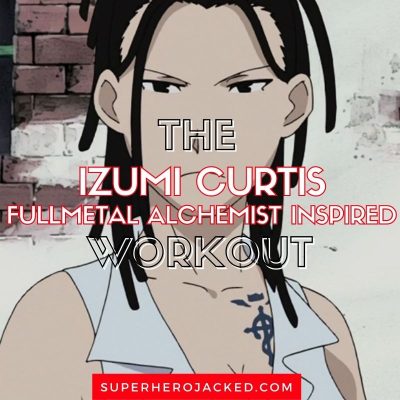 We’re going to be getting more and more Fullmetal Alchemist as the weeks go by.

Our requests have been flooded with them, which is I guess what happens when we crush our overall growth goals inside The Anime Workouts Database.

Soon we’ll even be able to have our own FMA mini-workout-database like we got for a bunch of other anime and then even a Workout Placement Quiz to help you choose the best routine.

Izumi Curtis is going to be a fun one for us, though – she even recently made our list of The Most Powerful Female Anime Characters of All Time!

Izumi Curtis is actually quite tall compared to a lot of the anime characters we’ve been seeing.

She’s actually taller than our average male anime character – but comes in closer to the females that have most recently shown up. 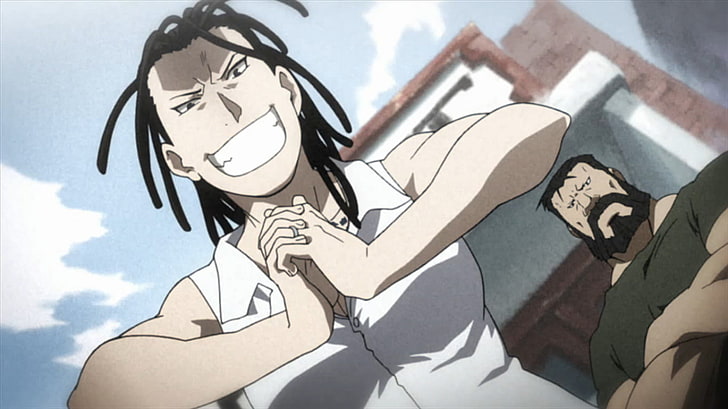 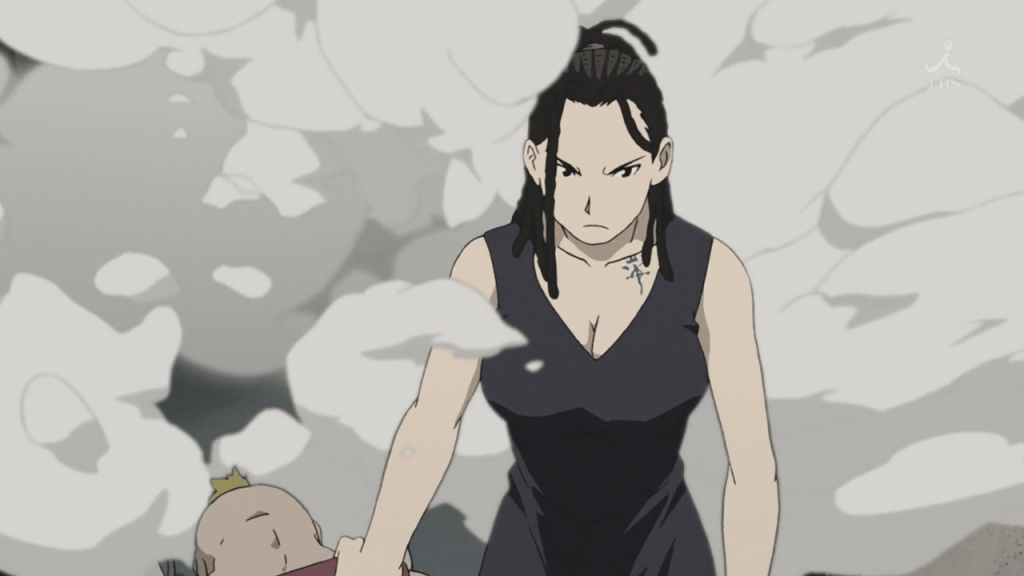 Izumi Curtis is a badass.

That much should be pointed out before we even begin our research.

To lead us off we’re going to be pulling right from her Wiki Fandom page, starting with her bio section:

Izumi Curtis is a master alchemist and skilled martial artist living in the southern Amestrian town of Dublith, where she runs a butcher shop with her husband Sig. Though usually doesn’t take on students, she accepted Edward and Alphonse Elric’s plea to taking them on as her apprentices and instructed them in both alchemical theory and martial arts for six months. Eventually, Izumi grew to love them as deeply as she would her own children, becoming a long-term source of guidance and support for the Elrics’ future endeavor.

Her bio immediately tells her about her alchemy and martial arts talents, but there’s much more for us to breakdown before we build a routine for her.

Here’s what they tell us for her overall powers and abilities:

Though appearing as an unbeatable paragon of fearsome power and skill in Alchemy by many individuals, Izumi’s most overwhelming acts are followed by a painful regurgitation of blood linked to an internal injury from a failed Human Transmutation several years before. After her internal organs were rearranged by Van Hohenheim in the later part of the manga storyline, Izumi has greatly improved her health, thus relieving her issues with physical overexertion.

Yup, you read that right: “an unbeatable paragon of fearsome power and skill in Alchemy”.

From here they go on to break down her alchemy and martial arts skills individually:

Master Alchemist: Though self-taught, Izumi is an extremely skilled and knowledgeable alchemist, excelling in both alchemical research and combat using the conscious manipulation of matter and natural energy. Her specific style of alchemy seems to focus more on her immediate surroundings and how to most conveniently use them to her advantage, from creating a wall to control the overflow of water, knocking out opponents by disrupting the flow of ions in their nerves, to restraining and punching individuals by manipulating earth and stone. She also shares Edward’s preference for creating metal weapons in combat, such as forming large spears as well as wielding them with incredible proficiency. She is also capable of alchemically throwing spikes with enough force to topple a large column.

Master Combatant: Izumi is one of the physically strongest characters in the series, being extremely powerful in both terms of armed and hand-to-hand combat. She boasts shocking physical strength and proves herself capable of easily subduing multiple enemies in a flash, overpowering larger opponents such as mountain grizzly bears and even knocking the Homunculus Sloth back.

We won’t actually be able to build our routine around her alchemy, but we will take into account how powerful she is while creating the volume and intensity of the routine.

What we will be mainly focusing on is her skills in hand to hand combat.

They write: “She boasts shocking physical strength and proves herself capable of easily subduing multiple enemies in a flash”.

We’re going to be building this one around a calisthenics style mixed martial arts routine to increase our endurance and work towards becoming as strong and powerful and Curtis.

For this one we’re going to be utilizing calisthenics training and some mixed martial arts training within, but it’ll really be your job to also tack on mixed martial arts coaching if you’d like to take it to the level of Izumi Curtis. We’ll have three days following a specific structure of endurance work, calisthenics and short intensity circuit, a day of a long endurance circuit and another day devoted to endurance work or parkour unless you can get to an MMA gym for a day or two in which case you can sub it.

**This can be subbed for in-gym training for mixed martial arts, or even parkour training.**

I personally recommend The Nightrunner Workout if you’re going to be subbing for endurance work here.