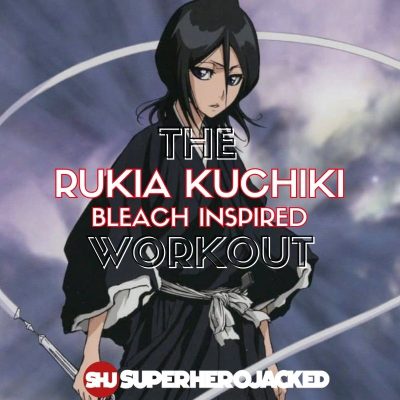 This is a special moment for our Bleach Inspired Workouts as Rukia is going to bring us to the tenth character we’ve seen here at SHJ.

That’s special because that means we can add Bleach to our Unofficial Workout Booklets and even our Workout Placement Quizzes.

While Bleach hasn’t been the absolute top of the list among the most popular anime we have here at SHJ – it has been consistently requested and continued to have new characters added to our awesome routines.

To make it to our number ten slot it was only right we bring in Rukia Kuchiki who came in at number two among the most popular Bleach characters of all time.

While she didn’t make it among our most powerful Bleach characters, our SHJ Army still loves her enough for us to warrant her spot here among the hundreds of other anime characters.

Rukia is extremely small.  And I say “small” instead of short, because she also weighs way under 100 pounds.

She is definitely one of the smallest characters we’ve seen among our Anime Workouts Database. 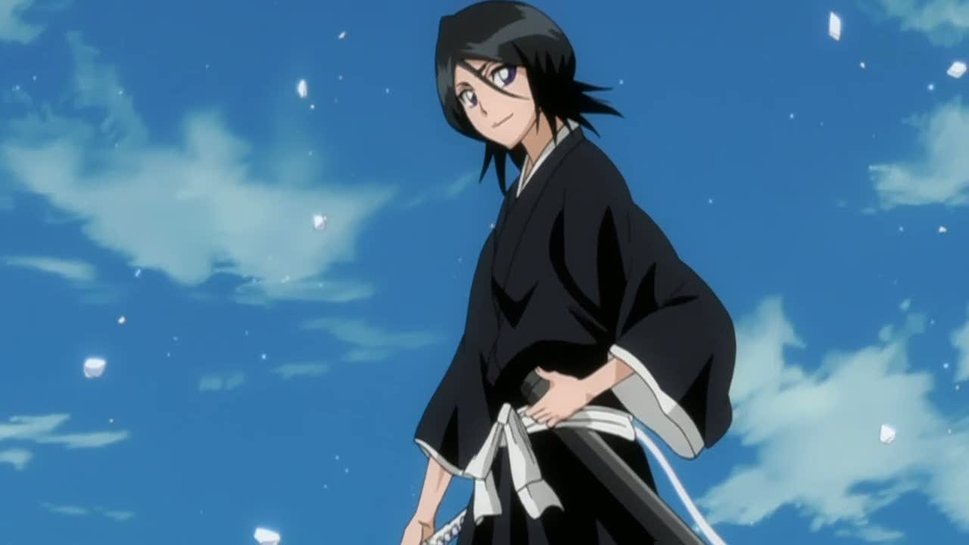 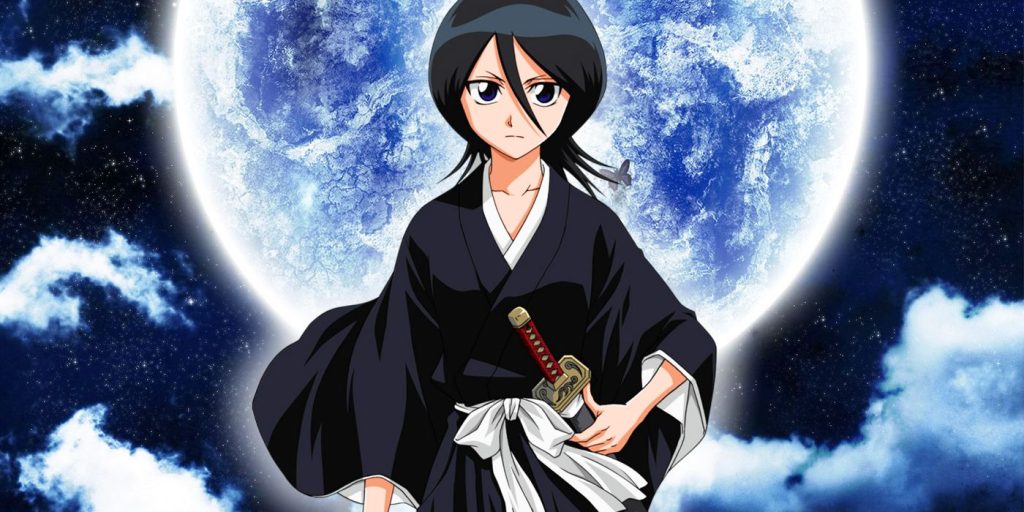 To learn more about Rukia we’ll be pulling right from her Wiki Fandom, which leads us off with a brief bio we can expand on:

Rukia Kuchiki is the current captain of the 13th Division. She formerly served as lieutenant of the 13th Division under Captain Jūshirō Ukitake. Rukia is the adoptive sister of Byakuya Kuchiki, a friend of Ichigo Kurosaki, and is married to Renji Abarai.

Rukia does have special abilities and even spiritual powers (which we’ll discuss), but her greatest abilities come from her hand to hand combat skills and training.

To get us started with what we’ll be using to build out this routine we’re going to be starting with a ton of information about her Kido, Swordsmanship, Shunpo and more.

Kidō Expert: Rukia’s greatest strength is her knowledge of Kidō. Among her known skills are those for binding, healing, and destruction. However, as she herself stated, while her Kidō skill at the Shin’ō Academy was the highest of her class, the sheer power of her Kidō was just average when she joined the 13th Division. Through continuous training, she has greatly developed this skill, able to use Hadō #73 without incantation to considerable effect.[313] She switched from Zanjutsu to Kidō without delay upon losing her Zanpakutō. She can use high-level Kidō in rapid succession without incantations and still retain considerable control and power. She has great skill in using various spells in unique combination, even using multiple spells at the same time. However, she requires incantations when using high-level spells simultaneously.

Expert Swordsman: Rukia initially only knew the basic levels of Zanjutsu, of which she seemed to have only mastered the rudimentary skills. By her own admission, she has less talent in swordsmanship than Kidō. However, after much training by her former mentor, Kaien Shiba, her skill drastically improved. She can hold her own in a battle, most notably defending herself from attacks from the 9th Espada, who possessed the expert swordsmanship skill of Kaien Shiba. Rukia has also demonstrated enough skill in swordsmanship to cut down multiple of Rudbornn Chelute’s attacking Calaveras.

Shunpo Expert: Renji says Rukia is helpful and effective because of her high speed. During her battle against the Adjuchas of the Menos Forest, she skillfully dodged multiple attacks from several enemies. She is able to move fast enough to surprise and cut Äs Nödt.

Hakuda Combatant: While in a Gigai, she fought enemies with her hands and feet (kicking, punching, etc.). She is capable of hand-to-hand combat while in her Shinigami state, possessing augmented strength. During the Bount Invasion, she countered the swift and accurate attacks of Yoshi.

This is going to be the backbone of our training.

Rukia is clearly strong, but her strengths, as I mentioned above, come from her hand to hand combat.

For that reason we’re going to be working this program around calisthenics and bodyweight training.

Before we get into that, though, we’re going to continue to learn more about her abilities overall.

Here’s what they mention about her spiritual powers and intellect:

Great Spiritual Power: Being a Captain of the Gotei 13, Rukia boasts a great level of spiritual energy and can exert large amounts of Reiatsu when needed. Her Reiatsu is white.

Keen Intellect: Rukia has repeatedly demonstrated her keen intellect. She compensated against the power of the 9th Espada with combination attacks. During her forced stay in the Human World after losing her powers, Rukia proved herself very useful in assisting Ichigo with his new Shinigami duties. Rukia is very knowledgeable, with a detailed knowledge of Soul Society’s history.

And last but certainly not least we’ll also be factoring in her enhanced strength and endurance, which they break down as such:

Enhanced Endurance: Rukia is notably resilient. She withstood being impaled by Aaroniero’s Nejibana in conjunction with his Glotonería, and finished him off before losing consciousness.

As I said, we’ll definitely be factoring this in, while still building the routine around calisthenics, intensity, and even throwing in some mixed martial arts style training and parkour.

So be ready, but also know that you can definitely scale this down very easily if you need.

We’re going to be basing this one around 3 days of calisthenics training, one day of endurance work, and then a Shunpo Expert Circuit Test to put our skills to the test (you can do this test weekly, bi-weekly or ever so often). Don’t be afraid to scale this program down and cut some of the volume if needed. 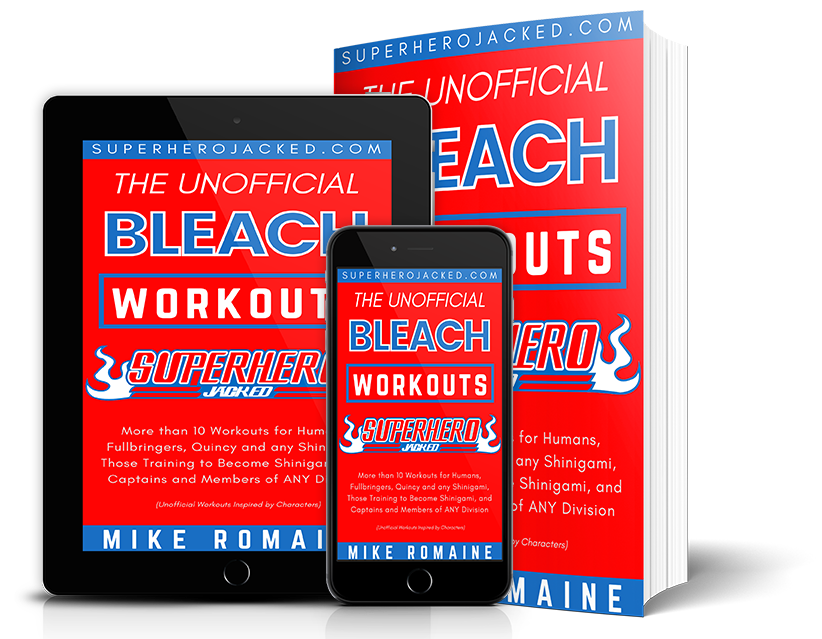