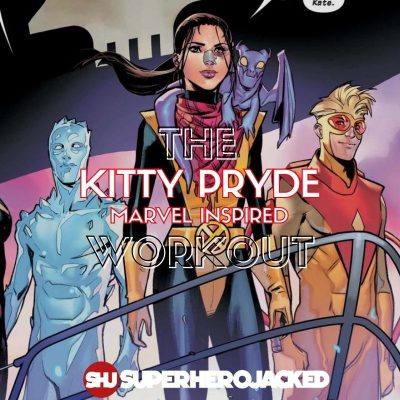 We’re going to be bringing in one of the most powerful X-Men characters of all time.

As a comic fan that hasn’t really started to dive too far into the comics or X-Men as a whole, you might not immediately think of Kitty Pryde when you think of the most powerful characters, but her power level is actually outrageous.

Obviously we have characters like Professor X, Phoenix, Magneto and more that come in with an overwhelming power level as well, but Kitty Pryde is up there with the top characters as well.

Our X-Men characters (which we have quite a few of) are scattered in with all of our Marvel Inspired Workouts, but I have been getting more and more requests to give them their own sub-section like we do for our anime characters and shows.

For now it’ll be fun to add this Kitty Pryde inspired routine to our Marvel Workout Placement Quiz, but eventually we might even have our own X-Men Quiz as well.

Kitty Pryde is right around average height compared to other female characters we’ve seen at SHJ.

And, actually also compared to female celebrities as well. 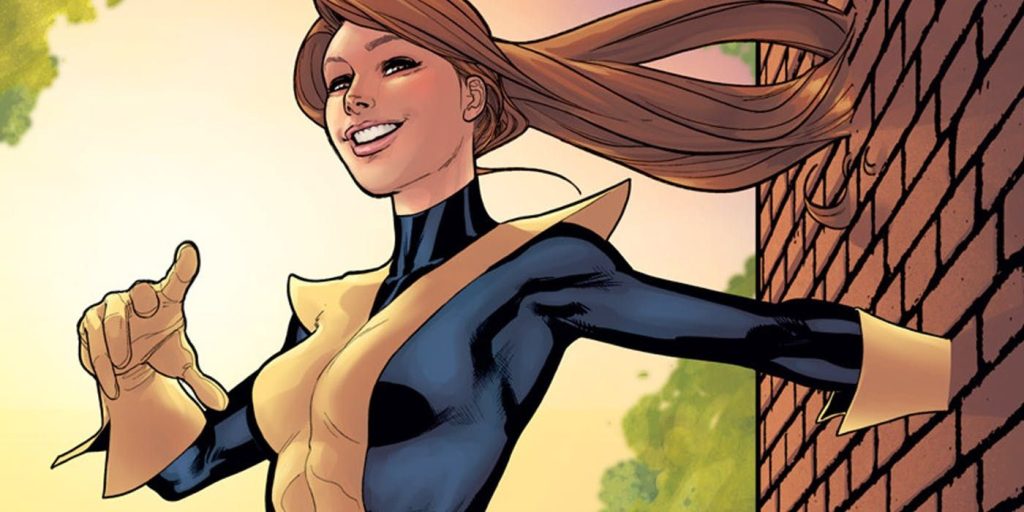 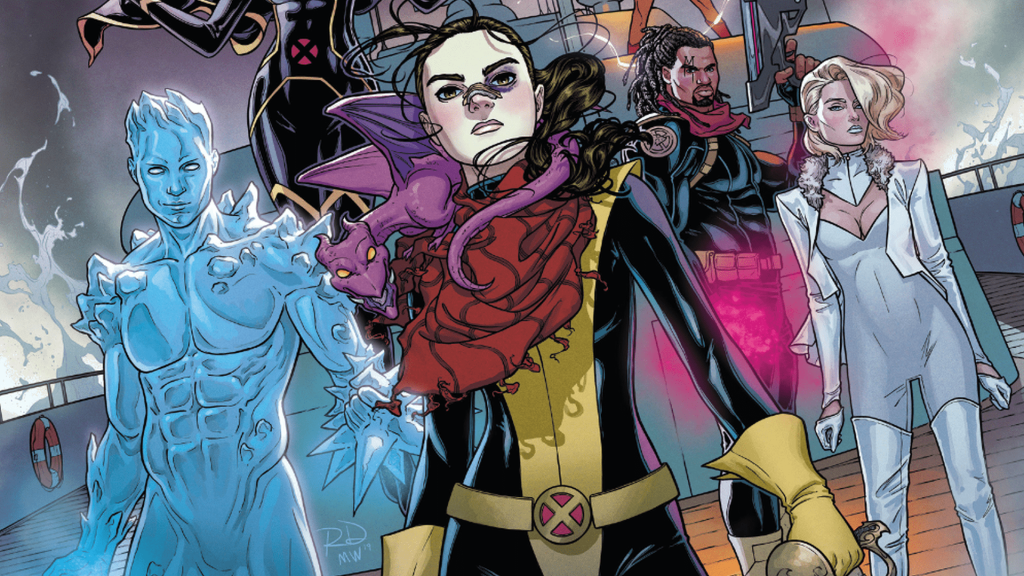 To learn more about Kitty Pryde we’re going to be pulling right from her Wiki Fandom page to cover both her general background information, and then also her powers and abilities that we can build a routine around.

Here’s what they start off with for her initial bio information:

Kitty Pryde is a Jewish mutant with versatile phasing abilities which allow her to move through solid matter. After her powers first manifested, Pryde was approached both by Emma Frost, the White Queen of the Hellfire Club, and the X-Men, a mutant super-hero group. Realizing Frost had vile intentions as she captured and tortured the X-Men, Pryde demonstrated immense bravery and freed the X-Men. As Sprite, she became the X-Men’s youngest member by enrolling at the Xavier’s School for Gifted Youngsters.

They have tons and tons of information in about her full background, but we’ll be skipping that and moving right into her powers and abilities.

Her Fandom leads off with her Phasing/Intangibility:

Phasing/Intangibility: Kitty possesses the ability to pass through solid matter and objects by passing her atoms through the spaces between the atoms of the object through which she is moving. In this way she and the object through which she is passing could temporarily merge without interacting, and each is unharmed when Kitty had finished passing through the object. This process is called “phasing.” When Shadowcat is phasing, she is, for all intents and purposes, intangible. Hence, when attacked, she can shift into a “phasing” state, even if she is not at the time passing through an object, so as to allow oncoming projectiles or energy blasts to pass through her harmlessly, rendering her virtually untouchable. Kitty passes through objects at the same rate of speed at which she was moving before she “entered” them. Following her serious injuries at the hands of the Marauders during the Mutant Massacre, Kitty’s phased state became her natural state. She only remained solid by concentrating, and reverted to her phased state if that concentration was disrupted. After a number of years, she returned to her original tangible state.

She also has Telepathic Resistance and Black Cortex Empowerment.

And when we move into her ability section we begin learning about her intelligence level, martial arts, and more.

To start that off I’m going to be pulling the information that we won’t necessarily be using to build out the routine:

Expert Pilot: She is a skilled pilot of various aircraft and certain advanced interstellar vehicles.

Genius-level Computer Expert: Kitty was an expert in the field of computer science, demonstrating a genius-level aptitude for programming, modifying, and diagnosing almost any computer system: even those of unfamiliar human and extraterrestrial origin. She used her skills in many high-stress combat situations to great effect, and in combination with her mutant ability to disrupt electrical systems, she was a formidable foe for any enemy relying on advanced technology. She was on par with her former hacking partner Cypher whose mutant gift for languages granted him superhuman skill in the same field (albeit before he was consciously aware of his powers.

Kitty is also multilingual, but our training won’t really help us there.

What we will be working around is this information regarding her martial arts, swordsmanship, and dance training:

Master Swordsman: Kitty is highly trained at swordplay, especially that used by Japanese samurai and wielding Japanese blades. The Silver Samurai has stated that her skills may surpass those of Wolverine and she was able to briefly hold her own against the Samurai in a somewhat staged battle.

Dance Training: Kitty is trained in ballet and modern dance. She continued to take dance training under the tutelage of Stevie Hunter, and was highly agile.

A lot of people forget or underestimate how skilled Kitty is with a sword – but it’s a huge part of her abilities that she ties into her phasing.

For this one we’re going to be sticking to calisthenics training to achieve a Kitty aesthetic (think cosplay-like), while also taking into account her swordsmanship and agility that comes from that and her ninja-like martial arts methodology and training.

You’ll have plenty of space to scale down (or up), but we’ll be sticking to more of an intermediate level for this one and I’ll even tack on some general training that should be done by all superheroes and X-Men training.

That will come in the form on bonus resources, endurance work, and a Kitty Calisthenics Circuit Test.

For this one we’re going to be working completely around calisthenics training, with 3 days devoted to intermediate level calisthenics work, 1 day devoted to X-Men Endurance Work, and a final day devoted to a Kitty Calisthenics Circuit Test that you can complete each week, biweekly, or even every month to test your skills progressing over time.

Want To Upgrade This Workout?
The Superhero Academy now comes with an Upgrade Your Workout Tool that allows Academy members to turn any SHJ workout into a 4-8 week fully planned regime detailing exact weights to lift and including reverse & traditional pyramid training, straight sets, super sets, progressive overload and more.
Want To Turn This Workout Into A Full 90 Day System? Use our Workout Enhancement Tools inside The Academy