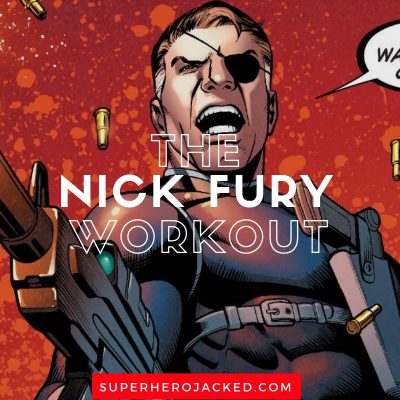 I sign off every email with “SHJ’s Nick Fury”.

So how in the heck do we not have a Nick Fury workout on the site yet!?

I mean, that’s just messed up.

We’ve been floating around a ton between Marvel, DC, and other outside character workout routines as well. I thought it was a good time to get Nick Fury in before the release of Captain Marvel (who we have also seen in form of Brie Larson).

Especially because we want on a bit of an Aquaman tear with Black Manta and Mera, and then I had already promised Nightwing and Katana!

And, seeing as how we don’t have a Samuel L. Jackson workout on the site, this is what is coming first…and I’m pretty excited about it.

Right in there with a ton of others. 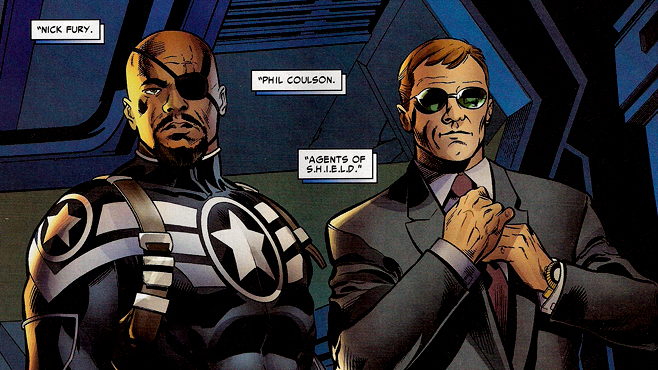 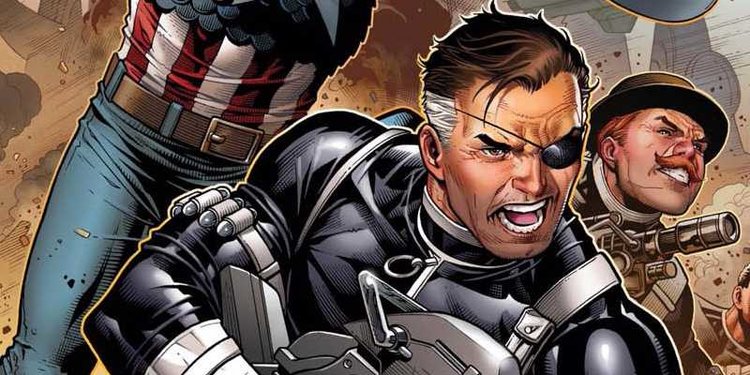 This is where I get to break down the “how” and “why” of the workout we’re going to build based on the characters, in this case Nick Fury’s, powers and/or abilities.

Nick Fury doesn’t have any powers, but he does have some pretty awesome abilities.

We’ll start there before we look into some of his bio.  His Wiki states this about his abilities:

Master Martial Artist: He is a seasoned unarmed- and armed-combat expert, was a heavyweight boxer in the Army, and holds a black belt in Tae Kwon Do and a brown belt in jiu-jitsu. Fury has honed his fighting skills to hold his own against Captain America (Steve Rogers), perhaps the world’s finest unarmed-combat expert.

Master Tactician and Strategist: He is an accomplished strategist. He had been widely considered one of, if not the greatest, tacticians on the planet, both on and off the battlefield. He is able to formulate battle strategies and his brilliant tactical sense allows him to alter any strategy to fit the changing need of the situation. During the events of Original Sin, he showed himself to be an expert manipulator, seemingly orchestrating all of the events, with the exception of the Avengers’ arrival.

Advanced Military Operator: Fury has trained as a paratrooper, ranger, demolitions expert and vehicle specialist. He holds an unlimited-tonnage, all-seas license as a commander of ocean-going vessels. Fury has completed Green and Black berets Special Forces training, and has been an agent of the OSS (Office of Strategic Services) and a liaison of the MI-5 (British Secret Intelligence).

Expert Marksman: He is an exceptional marksman of every type of firearm who is sometimes depicted as being ambidextrous in this respect. He is skilled in sharpshooting and knife throwing as well.

Multi-lingual: Fury is fluent in English, German, Russian, Japanese. He might be lingual in other languages.

Expert Vehicular driver: As a S.H.I.E.LD. Fury is proficient in driving cars, motor cycles, Trucks, Tanker, helicopters, motor boats, sub marines, and some types of trains and utility vehicles. In his youth, Fury learned to fly planes and wing walking.

I mean, that’s some pretty awesome background information in there, but let’s have some more fun with it anyway.

Comic Vine gives us a pretty decent summary of Nick Fury’s background, even going into some detail about his use with the Infinity Formula to slow his aging process:

Born and raised in the area of New York City known as Hell’s Kitchen around 1920, Nicholas Joseph “Nick” Fury was around 20 years old when he was drafted into the United States Army to fight the Nazi’s in World War II. He soon flourished in the ranks of the U.S. Army and became sergeant. During this time, Nick was asked to lead a handpicked squad of highly trained soldiers. This squad would soon become known as the famous Howling Commandos. Sergeant Fury and the Howling Commandos fought through much of World War II, with missions in France, Greece, Belgium, Holland and even inside Nazi Germany itself. The team also encountered and fought alongside a few of America’s superheroes, such as Captain America and the Invaders. Nick even met Logan, the person whom would later be known as the X-man Wolverine.

Nick Fury managed to get most of his team members back alive after each and every mission. However, Nick himself was injured by a grenade at the end of the war. This grenade was the cause of the eye injury that eventually cost him the vision in his left eye. Fury began covering the eye with a cosmetic black eye-patch, which became one of his trademarks after the war. It was also at this time that he and most other Howling Commandos began their annual injections of the Infinity Formula, a chemical they found during the war. Injections with this chemical greatly slowed their aging process.

And I know we don’t normally do bios this long, but it felt necessary for the leader of SHIELD.

I think we’re ready to train like him, though.

For this one we’re going to train like we’re in the armed forces. Coach Derek programmed us one similar for the Project X (Wolverine) Workout.  This time we’re moving up the ranks of the US Army/Marines.  Be prepared to incorporate cardio, bodyweight movements, and more.

I’m also including mixed martial arts and parkour programming from Coach Derek and Felix for you to fit into your training as well.  This can be used as a bonus for your off days, or added in on top of your training.

Use the Marines Physical Fitness Test provided if you’d like to see where you stand!

This workout is provided by Bodybuilding.com and was created and chosen as the best Army/Marine workout in a competition created amongst members.

Before each workout be sure to lightly stretch and warm-up for at least 5 minutes.

Run for 1.5 miles at a steady and comfortable pace. Cool down walk for 5 minutes.

Walk, hike or jog at the quickest pace possible to travel either a distance of 3 miles, 5 miles or 10 miles. Incorporate hills and inclines into the exercise.

Also noteworthy are those Marines able to complete the Physical Fitness Test with a perfect score. This would entail the following achievements: