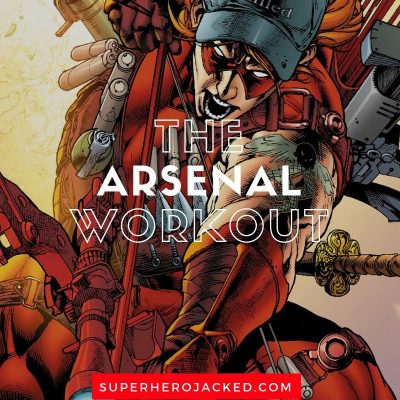 We’re back for more Young Justice.

Last week we had Aqualad and Miss Martian, two leaders of the Young Justice squad, and I remind you that we’ve already seen basically every Robin variation (also including Nightwing and Red Hood), and we’ve seen a good handful of the lead heroes as well: Superman, Batman, Aquaman, Flash and Green Arrow.

Now, speaking of Green Arrow, it’s time to break into some of his protege’s routines.

So this week we’re getting Arsenal and Arrowette!

While Aquaman comes in closer to the 6’0 range. 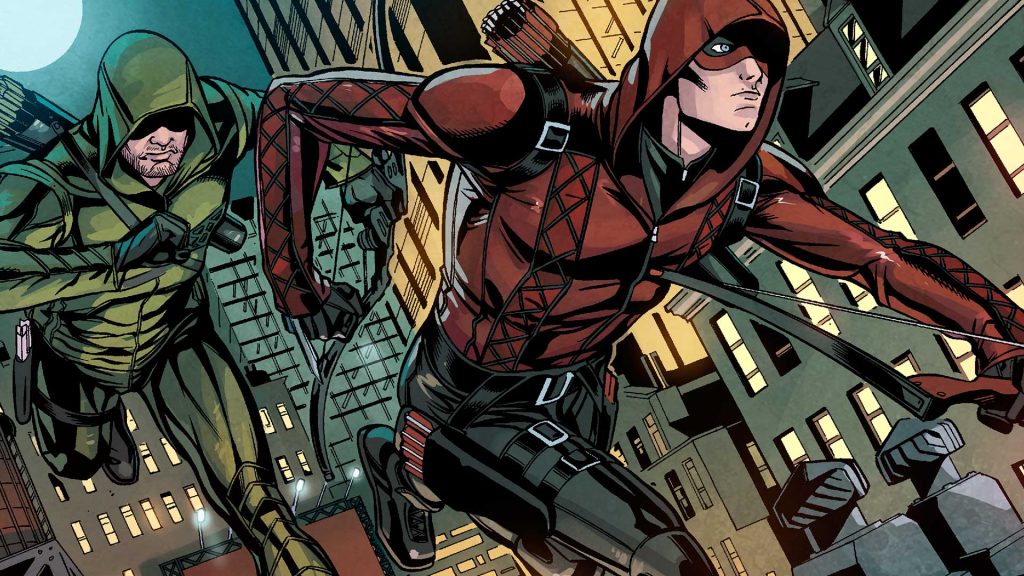 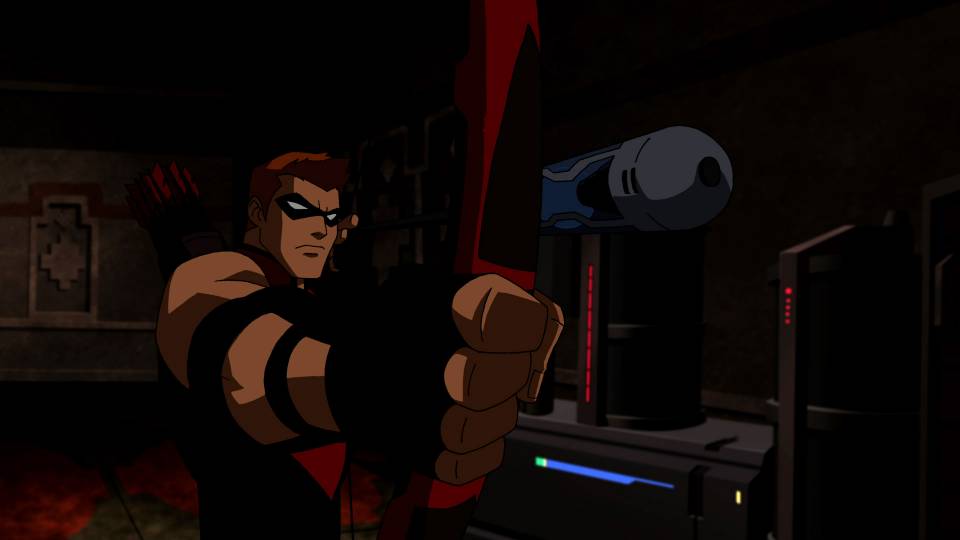 This is where I get to break down the “how” and “why” of the workout we’re going to build based on the characters, in this case Arsenal’s, powers and/or abilities.

His Wiki Fandom lists his abilities as:

I will tell you right now that I can not teach you genius level intellect, mechanical engineering, or even computer hacking.

What we WILL be focusing on is his hand-to-hand combat, archery, and especially the acrobatics.

Arsenal’s story is quite interesting actually, so here’s some added background for us:

Roy Harper is Arsenal, formerly operating as Green Arrow’s sidekick Speedy. He was a member of the Titans and a former member of the Outlaws.

Roy Harper was adopted by Big Bow as a child and lived with him on Spokane Indian Reservation, learning how to shoot a bow and arrow from him. He often got into trouble with the police but, because it usually happened on the reservation, Big Bow was always able to get him out of trouble. One day, Roy stole from a liquor store off the reservation and got blackout drunk, waking up to find a bow in his hand and Big Bow dead. Not knowing his mentor had been killed by an aggressive police officer, Roy fled the reservation.

Roy somehow made it to Seattle, where he lived in a mall by hacking the camera feeds. It was at this mall he picked the pocket of Oliver Queen, who, when he came to get the wallet back, was intrigued by the strange boy, later taking him on as his sidekick and dubbing him Speedy.

His story has some ups and downs from there, but as we see in Young Justice he actually goes on to become Red Arrow as opposed to going from Speedy to Arsenal.

There he actually goes by Will Harper because:

Will Harper (formerly Roy Harper) is a former superhero archer from Star City. His alias was Speedy whilst partnered with Green Arrow, but became Red Arrow after his separation from his former mentor.

I know, I know, cool stuff.

But we’re here for a workout. You think you’re ready?

I recommend utilizing some of the circuits ON TOP of your daily body weight training (we’re talking about a superhero here, guys) to really bring up the intensity – but the mixed martial arts, archery strengthening and additional parkour training is more-or-less there to bring out your inner Arsenal.

**I purposely did both Arsenal and Arrowette on the same week being that they’re such closely related characters when it comes to their abilities, inspiration, and therefore their training style we create.  For that reason you will be seeing virtually the same routine for both of them, but under different character to show both our male and females it’s okay to train the same!**

I’ve also listed our Parkour workout below (which I’ve also stolen our daily body weight training protocol from [listed above], and is definitely something to take advantage of if you’re looking to unleash your real Arsenal potential. 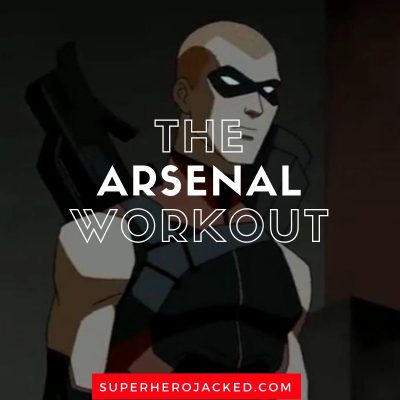 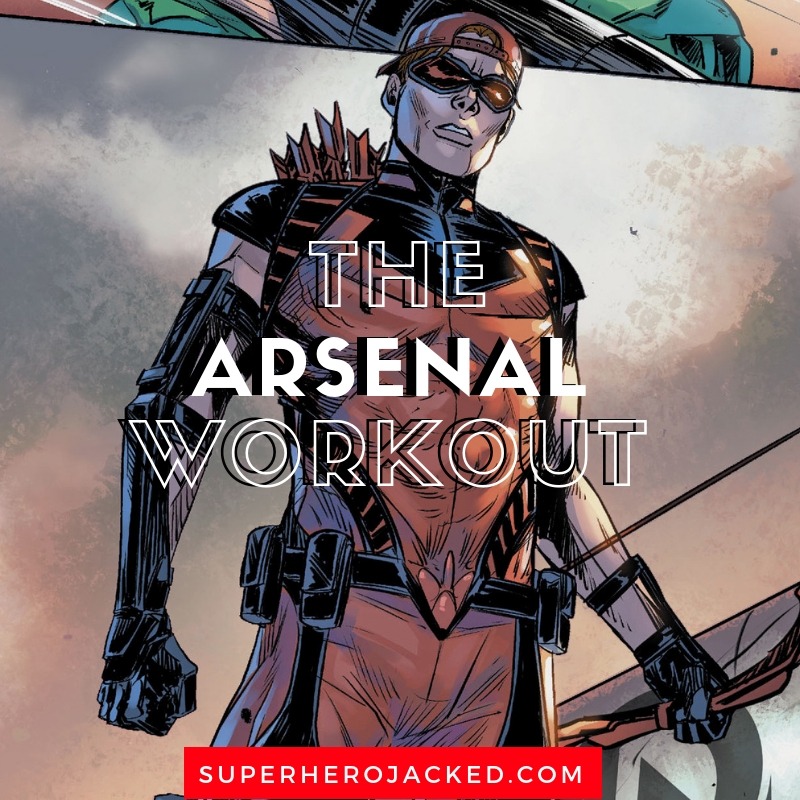 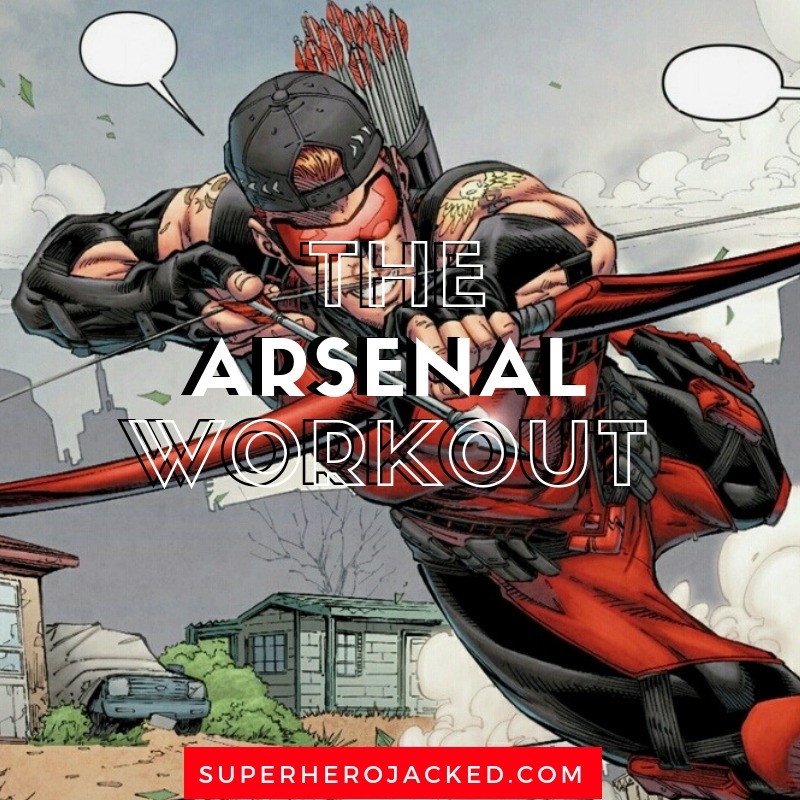 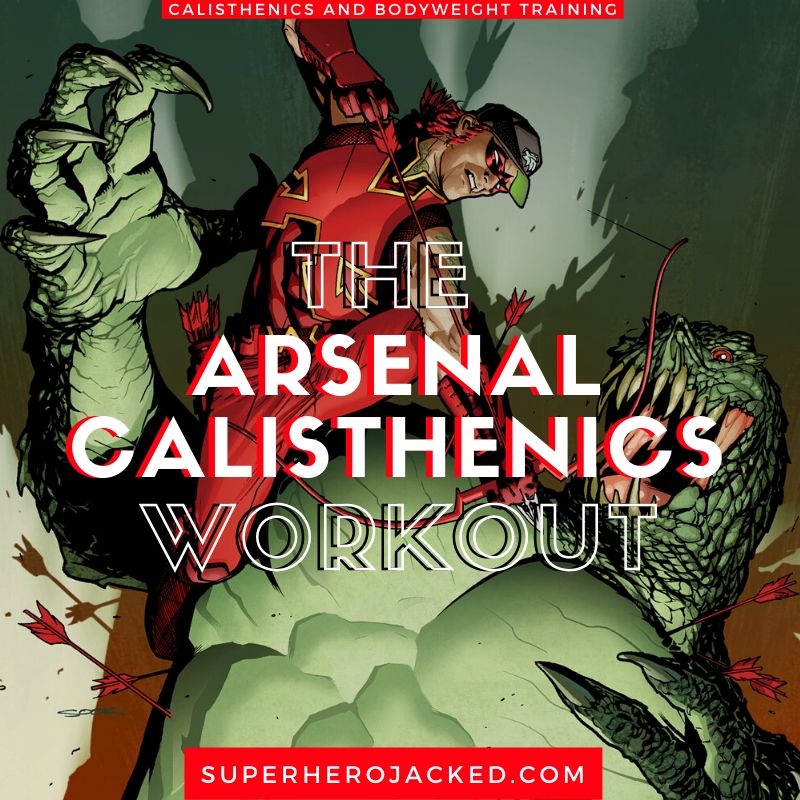