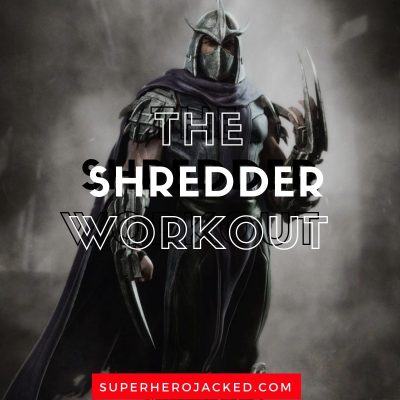 We’re kind of on a TMNT kick right now.

Obviously we already had our turtle gang, but we’ve been seeing a bit more now; having started back up last week with April O’Neil and Casey Jones.

But now I’m thinking it’s time to incorporate some villains.

Starting with our main antagonist and war criminal.

Shredder has a lot of story lines, just like our other characters, so we’re going to be breaking it down the best we can to pull out the best background information and abilities to utilize for our training style.

Speaking of which, we’ll also be seeing Karai this week, who in her original incarnation started as a high Foot Clan member and was unrelated to Shredder, but in others is closely related to Shredder as his adopted daughter or biological granddaughter.

Shredder is actually quite short.

He’s still taller than our turtles, who stand in at 5’2, but he’s much shorter than a lot of the other TMNT characters. 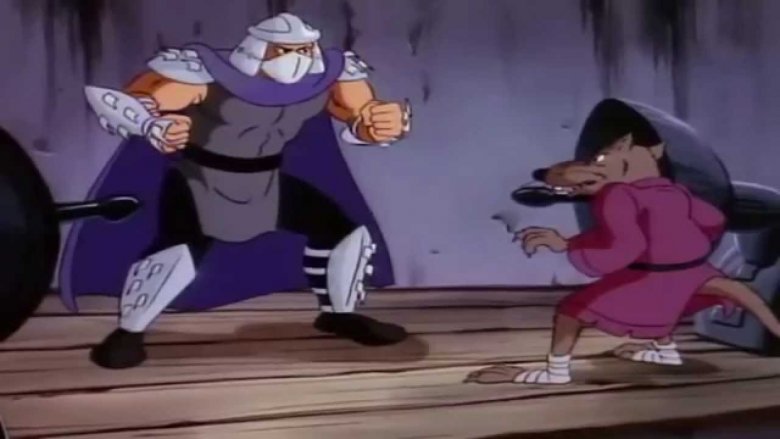 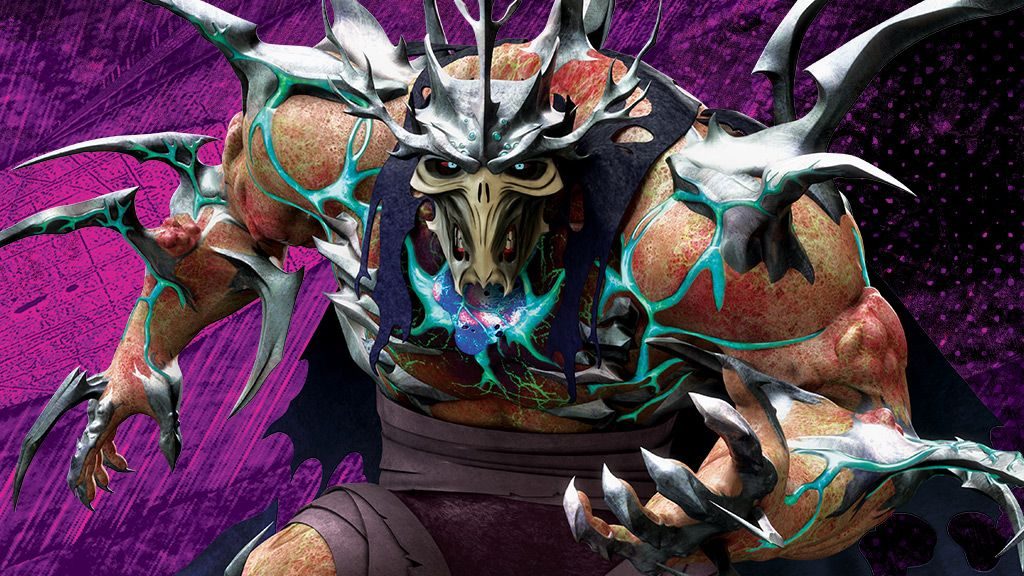 This is where I get to break down the “how” and “why” of the workout we’re going to build based on the characters, in this case Shredder’s, powers and/or abilities.

So as I said earlier, Shredder has multiple story lines throughout the different TMNT series.

The character name “Ch’rell” that I used earlier is from the 2003 TV series, and his Wiki Fandom bio goes like this:

is the main antagonist of the 2003 TV series. He was the main Shredder; he has the most history with the Turtles and Splinter. He is called the Utrom Shredder as he is not truly human, but an evil Utrom who uses an Utrom exo-suit (a humanoid vessel). He is a notorious intergalactic war criminal, who has adopted numerous aliases. He is the only known blood-red Utrom (as opposed to the species’ normal pink appearance), has a purple scar over his left eye and three horn like protrusions on each side and the center of his head.

His abilities are listed as such:

But there’s much more to Shredder than just that.

Continuing on with this incarnation of Shredder we will take a deeper look into his powers and abilities before we move onto other sources:

On his own, Ch’rell isn’t the most dangerous enemy, given his small size and body design. However he has demonstrated great craftiness, speed, and strength, successfully knocking around his 1988 counterpart and Krang. When Ch’rell is in his exo-suit as the Shredder, he has demonstrated great skill at martial arts, out-fighting all of the Turtles and his primary weapon is the claws on his armored hand. He is quite capable of taking on almost any enemy in close combat. Shredder is extremely technologically and scientifically knowledgeable due to being an Utrom and has numerous forms of advanced technology at his disposable. Aside from his usual exo-suit Shredder has used a few other versions that are more powerful, such as the one he made based on Krang’s suit. This version can grow to giant size and has a number of weapons built into the hands.

And if we jump over to the 2012 TMNT series we find out even more about some of Shredder’s powers:

Now these are some abilities we can utilize.

Both sources also make sure to mention his business knowledge as well.

As Super Shredder in the 2012 series he also gains:

So we are shooting for strength, speed, agility, and mixed martial arts to become Shredder’s strongest self.

Do you think you can handle it? 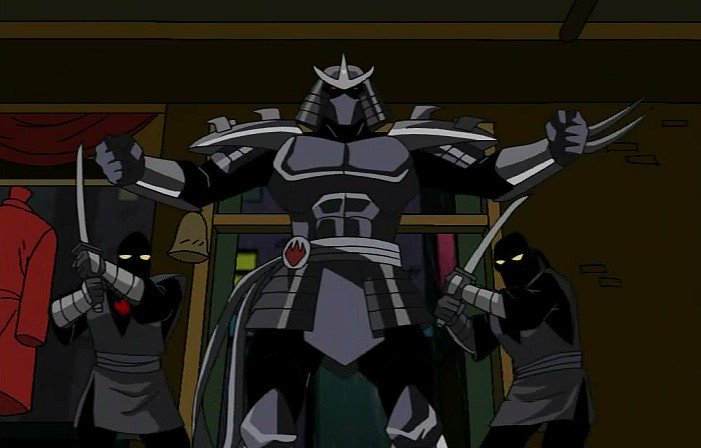 For this routine I’ll be building you 3 days devoted to heavy weight lifting to build our super strength, and then 2 days devoted to speed and endurance work.  I will also provide you an extra set of mixed martial arts programs from Coach Derek, but that will be on you to add in on top of the training! 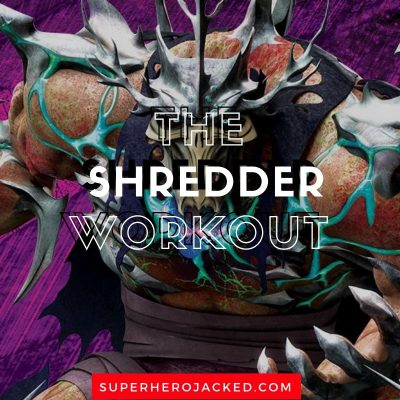 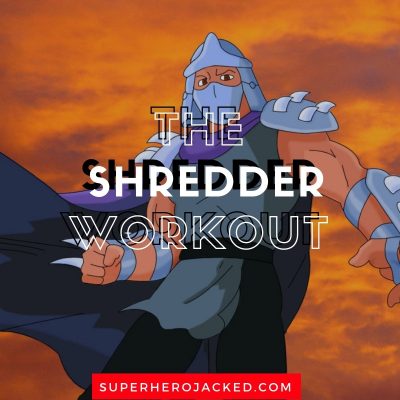