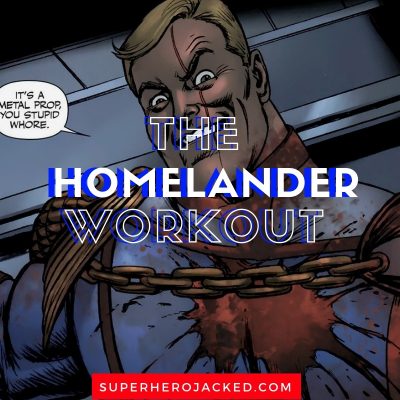 The Boys is Amazon’s most watched show at launch after just two weeks.

Which means we need more routines!

Homelander’s routine was actually specifically asked for after we saw Billy Butcher and Starlight last week; and although we’re kind of on a Dragonball Z character frenzy with the launch of our new Mega Path “The Kakarot to Goku Path” within The Academy, I decided we need to fit in some more.

We even saw Karl Urban, Chace Crawford and Jennifer Esposito’s workout and diets prior to the show airing, who star as Billy Butcher, The Deep and Agent Raynor!

But now it’s time for Homelander and Queen Maeve.

Homelander has the stats at what people would likely consider an alpha male.

He’s the average height among celeb men on the site, but at the taller range, and definitely with a lot more muscle weight than any we’ve seen. 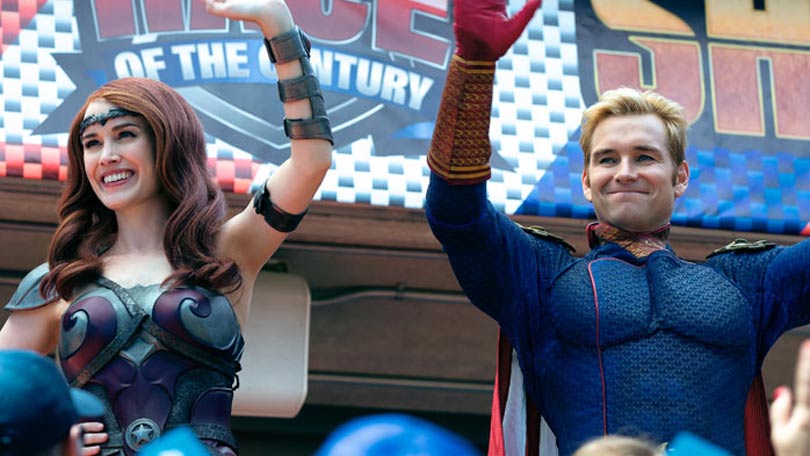 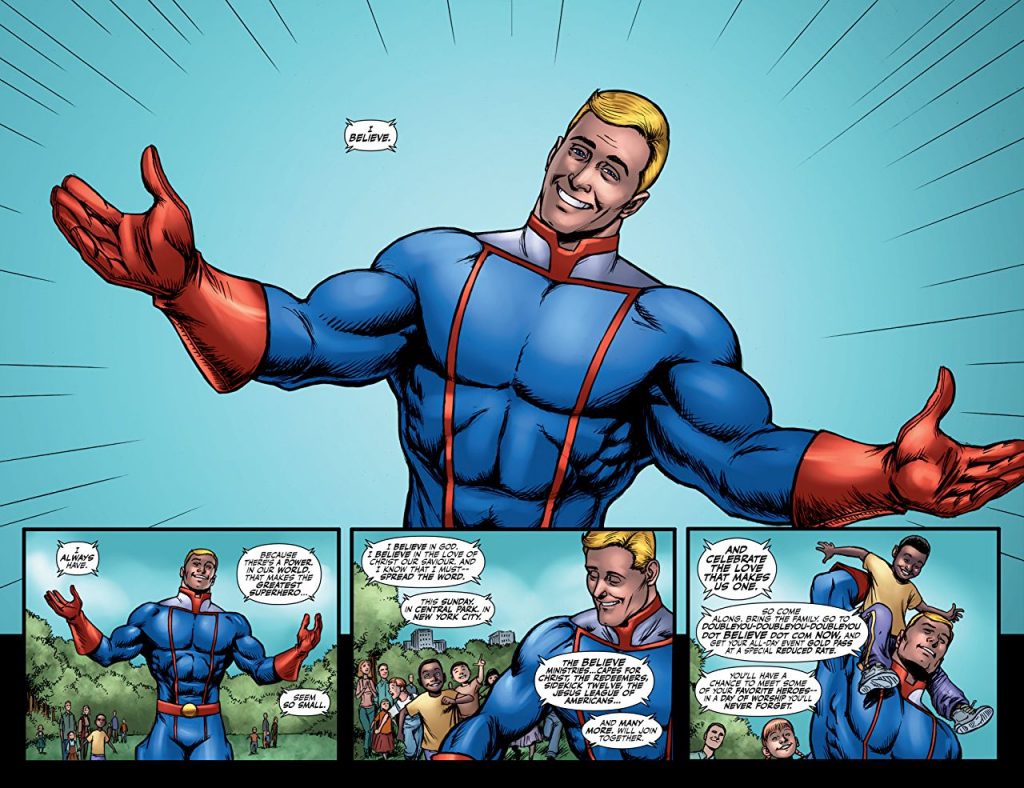 This is where I get to break down the “how” and “why” of the workout we’re going to build based on the characters, in this case Homelander’s, powers and/or abilities.

But before we get there, let’s talk a little bit more about Homelander as a character.

I know you all love when we feature villains here on SHJ, so here’s one of the best we’ve seen recently!

Here’s a bit of a bio from his character Wiki Fandom:

Homelander is a powerful entity from the highly controversial adult comic-book series The Boys, and like most of the superheroes in his universe he is a dark-as-mud parody of more popular superheroes such as Superman and Captain America but deconstructed into a twisted protagonist villain.

Indeed while most superheroes are flawed but ultimately benevolent beings Homelander is the exact opposite – a highly malicious super-being who will do anything he desires, being a sexual predator and wanton criminal.

In-keeping with the dystopian themes of the comic Homelander is the leader of the Seven, who often make matters worse rather than improve any situation and Homelander is among the worst of the already sociopathic team, believing he can treat others as less than human because he gained such immense power, being a vivid and gruesome example of “power corrupts”.

Homelander is the main antagonist of the live action adaptation TV series, also titled The Boys, and is portrayed by Antony Starr.

Which brings us to his powers.

Homelander, as you read in his bio, is one of the characters from The Boys that can be seen closely related to the powers of superheroes like Captain America and Superman, but he has quite the twist to him.

Here’s what his Fandom lists for his powers:

And his character Wiki Fandom (Villains to be precise) adds in “Durability, Stamina, Speed, and Hearing”.

But if we take a look at that top list you’ll notice that one of the things we definitely need to focus on with this routine is strength building.

Secondary to that we need to make note that Homelander is extremely well-rounded.

That means while focusing on strength we’ll still have to remember that we need to train for speed, endurance, and even mixed martial arts.

We’ve seen some pretty intense routines from characters as well-rounded as Homelander, and I think this week is going to be no different with the addition of him and Queen Maeve.

Do you think you have what it takes? 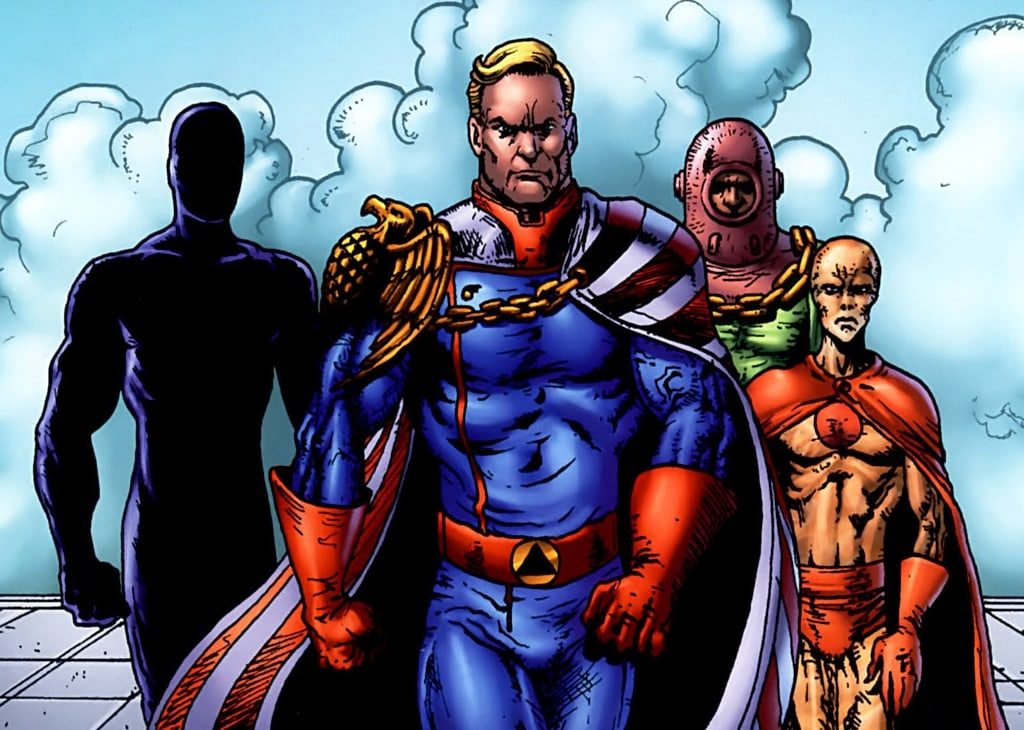 For Homelander’s workout we’re going to a powerlifting split we don’t see very often on the site, but one that focuses on getting STRONG for your main compound lifts.  If you’d like to add in active off days by mixing in some of Coach Derek’s mixed martial arts training from the site in order to really keep up with the Homelander power, feel free to add it in on your off-days, but keep in mind it will make this program extremely high volume.

Friday: Back and Traps

A. Side Lateral Raises 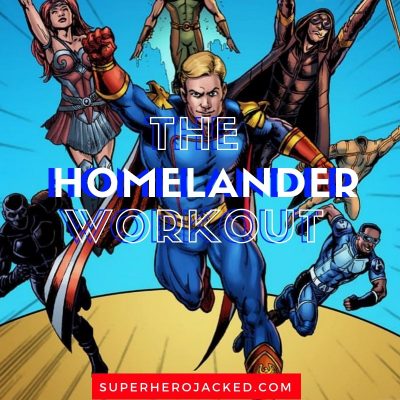 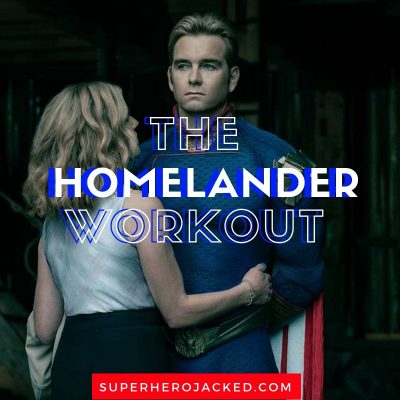