BONUS: Download the FREE All For One Workout Routine PDF 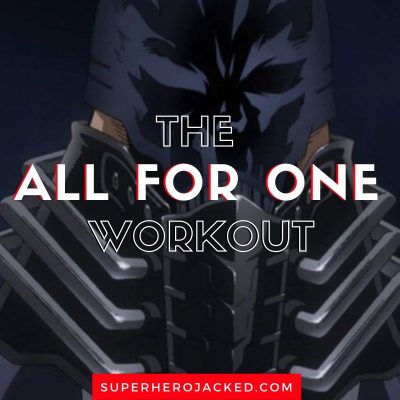 I said it’s time for My Hero Academia villains this week, and I meant it!

We got started with Endeavor’s workout, so you may have misread what I meant when I said “villains”; but now it’s time for the All For One Workout!

And this one (paired with Endeavor) will lead us right into our Top 10 List for My Hero Academia inspired workouts.

I can already tell you that the All Might Workout and the Deku Workout will be topping the list!

If you love anime workouts, though, you can always head over to our Workout Database and check out all of our Anime Inspired Workout Routines!

All For One Stats:

Hero/Villain Name: All For One

All For One is gigantic, but I couldn’t find any specific stats for him like I have for our other My Hero Academia characters. 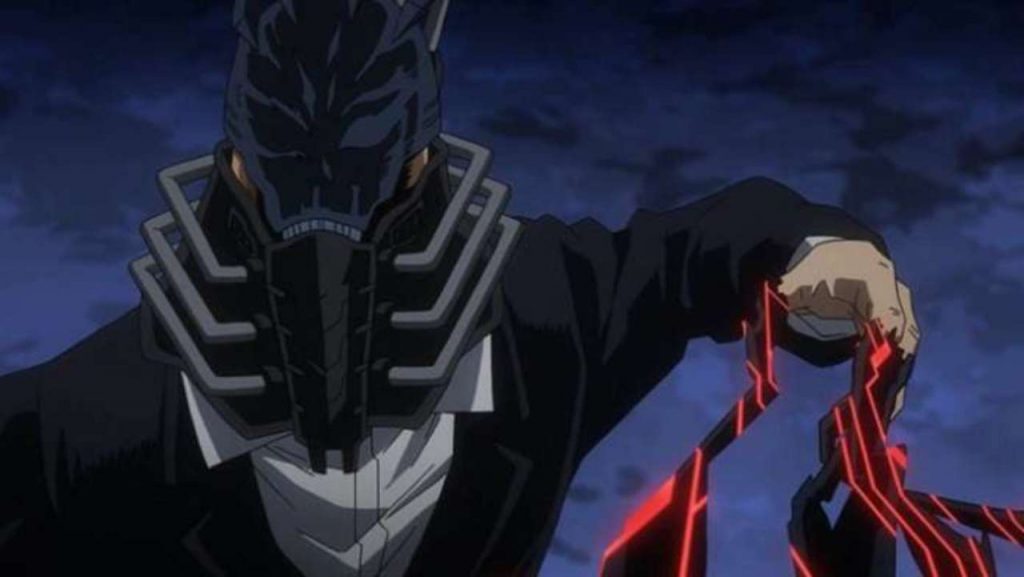 All For One Diet and Nutrition

The All For One Section:

As you know, our Academy is built to allow our SHJ Army to come in and transform into ANY of their goals (whether that be a ninja, a massive tank, or any other physique or style).

Count to that we have our SHJ Legacy Program that is built strictly around obtaining The Superhero Physique (what hundreds of thousands of members deem it as); and Endeavor is a little to big to fall into that range.

For this one you’re going to need to eat to bulk up!

We normally recommend a minimum of 500 calories over your BMR to start your bulk, but sometimes it can take a bit more.

Keep that in mind while training: you can’t gain mass without eating enough to GAIN! 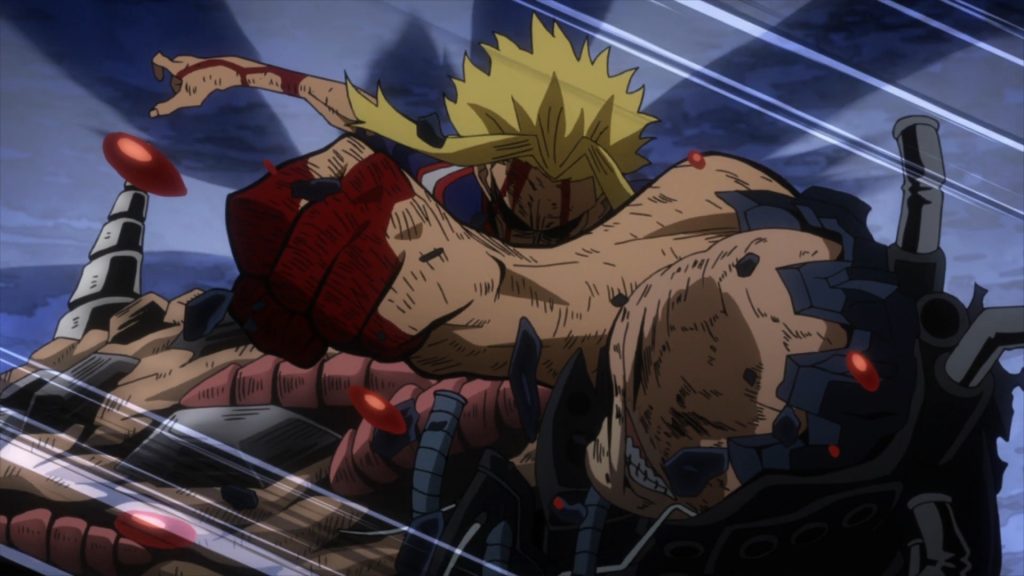 All For One Workout Routine Research

To get us started I should probably tell you just who All For One is.

We’re not dealing with jerk dad’s like Endeavor is to Shoto.

This time we’re dealing with the REAL villain.

Once Japan’s most powerful villain and All Might’s arch-nemesis, his true motives are unclear and his true identity is unknown. His current goal is to raise Tomura to become his eventual successor.

So we’re going to be training like one of My Hero Academia’s most powerful villains…EVER!

We’ll talk about his powers and his Quirk some more (obviously), but first lets dive into his appearance.

His Wiki Fandom breaks it down as such:

After being mortally injured by All Might years ago, All For One’s face seems to be made entirely of scar tissue, extending from above his upper lip and covering his entire head and the back of his neck. As such, he has no visible nose, ears, hair or eyes, though the outlines of eye sockets can be seen. As a result of having no eyes, he cannot see properly, but “sees” by using an infrared vision Quirk and by sensing the directions of vibrations in the area around him, similar to echolocation. He has various tubes sticking out of his neck and jaw, presumably to help him with his breathing. There are small holes in the palms of his hands.

In flashbacks, he appears to have been an ordinary-looking man with short white hair. However, his face is not shown clearly. In later chapters, he is shown to be a man of strong, imposing features, although his eyes are shadowed. In another flashback, his face is shadowed, although one can make out his distinct features; he appears to have light-colored eyes and a cruel smile.

He has worn a plain, black suit in all of his appearances to date.

When All For One leaves his secret hideout, he wears a navy blue, skull-like gas mask with angular pipes at the top, a wide collar-like life-support system around his neck with multiple other pipes connecting the front and back.

Anyone thinking of cosplaying as All For One!?

That being said, along with All For One’s genius level intellect and his Quirk (All For One; which we’ll discuss in a second), some of his abilities are as follows:

As I mentioned when we started this week off with more MHA characters: it’s time to hit the weights again!

We had a ton of bodyweight workouts following the closure of gyms all over the world, which led us to releasing our free Ultimate Calisthenics Workout & Guide; but now it’s time to GROW again.

For Endeavor’s workout we revolved our training around a 5×5 style, but for this one we’ll switch it up and get more technical.

But first, before we get too far ahead of ourselves, we need to talk about his Quirk: All For One!

Here’s the definition from his Wiki Fandom:

Some time ago, his Quirk was duplicated by Doctor Garaki and the original version of it was given to Tomura, with All For One keeping the copied version.

And he has stolen A LOT of different Quirks.

So, as I hinted to: we’re going to be working on unlocking his immense strength, speed, and durability!

For this we’re going to take up Reverse Pyramid Training and really hit the weights, while also working on building speed and durability.

All For One Workout Routine

Last Chance: Download the FREE All For One Workout Routine PDF

We’re still going to be working with some heavy compound like we did for Endeavor, but this time instead of 5×5 training we’re going to be using reverse pyramid training combined with a PPL Split (push, pull, legs), and extra days devoted to speed and endurance work.

Here’s how your training should look for RPT on this one:

All For One Workout: Sample Workout Schedule

All For One Workout: Push Day

All For One Workout: Full Body, Core, Endurance and Villain Training V1

For this one I’m going to be giving you a mix of everything, including options.

You have a mandatory circuit and ab giant set to get through, but then you can decide to work on endurance, mixed martial arts or even parkour to get into your villainous shape.

All For One Workout: Pull Day

All For One Workout: Full Body, Core, Endurance and Villain Training V2

For this one I’m going to be giving you a mix of everything, including options.

You have a mandatory circuit and ab giant set to get through, but then you can decide to work on endurance, mixed martial arts or even parkour to get into your villainous shape.

All For One Workout: Leg Day

Download The FREE All For One Workout Routine PDF