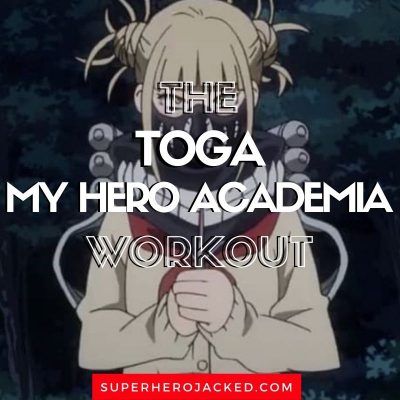 And among MHA females she ranked top five as well!

Which makes her the perfect female to bring us back into our My Hero Academia themed weeks leading up to the new season!

We’ve actually seen more than Ten My Hero Academia workouts thus far, and we’re slowly progressing into being able to have our own sub category page like we do with our Dragon Ball Z Inspired Workouts!

And with our plans for the next couple weeks I think we’re going to get there quicker than I expected!

There actually wasn’t anything listed for Toga’s height and weight. But it’s safe to say she’s right around average height when compared the the female MHA characters we’ve seen thus far. 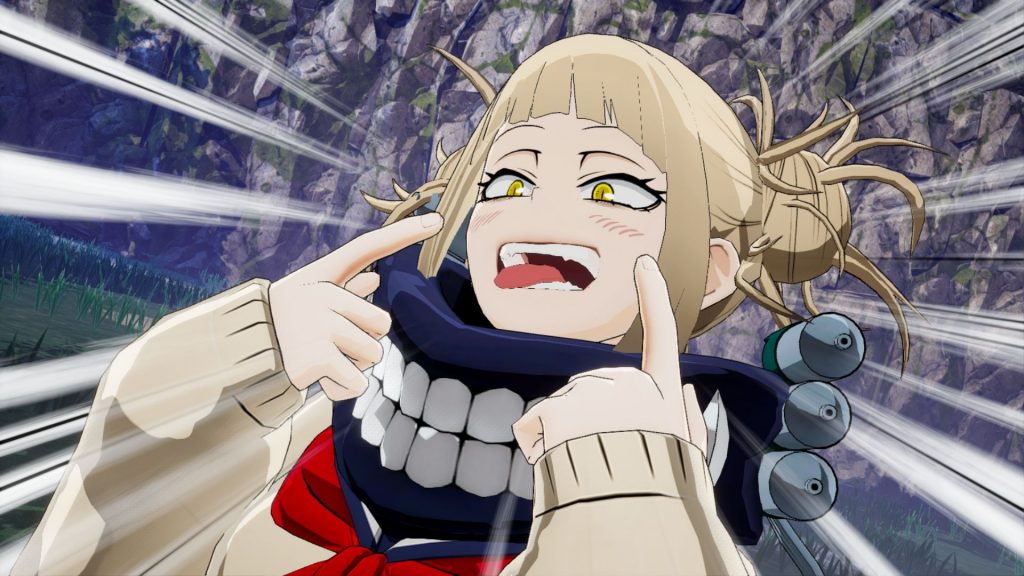 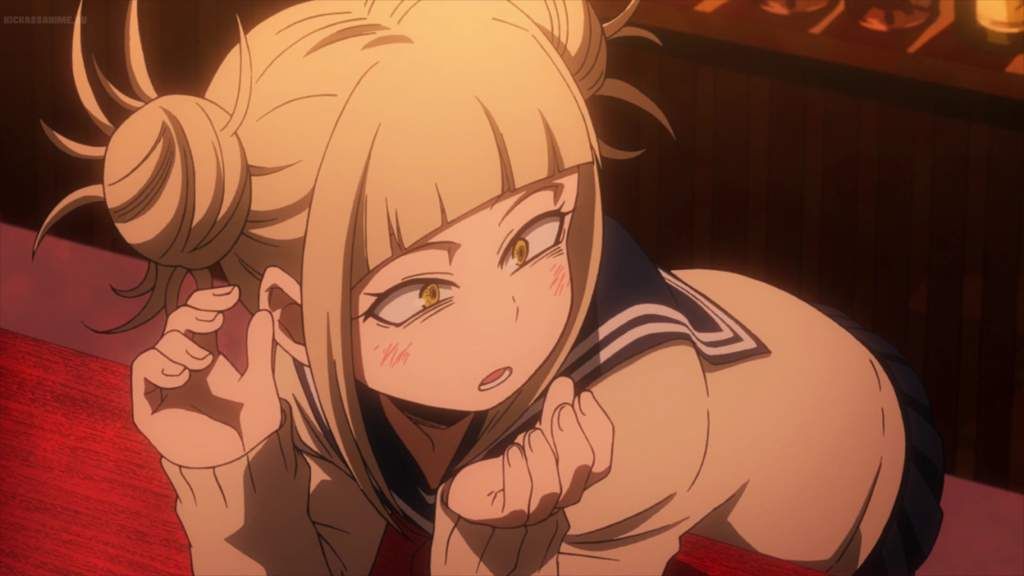 Toga isn’t a typical hero we’d see a workout routine based around, but she is a fan favorite and definitely a character people want to transform into and cosplay as.

So for this one we’re bringing back what we did for our Cosplay Workout Routines and Guides and building around her overall aesthetic!

Which brings us right into her Wiki Fandom page!

And for those of you are are pulling a Patrick Star right now and don’t know who Toga is, we’ll start with a brief biography:

Himiko Toga is a major antagonist in the manga/anime series My Hero Academia. She is affiliated with the League of Villains, and a member of the organization’s Vanguard Action Squad. She is a suspect on the run for serial murders involving blood drainage.

Like Dabi and Spinner, she was inspired by Stain and his ideology and decided to join the League, which was believed to harbor the Hero Killer’s cause. However, unlike the other two, she is only interested in Stain’s ideals, simply because of bloodshed and murder.

Yes!  Our second League of Villains character in as many days.

But I’m sure you guys don’t mind considering how much the SHJ Army has asked for more villains [from all genres] in the past.

But, without further ado, I do want to share her powers and abilities (even though they won’t be the biggest portion of creating this routine).

Here’s what they have to tell us about her power, AKA her Quirk:

Transform: Himiko’s Quirk allows her to take the physical form of another person, as well as imitate their voice. She pulls this off by ingesting the blood of the person she’s stabbed. She needs a large quantity to pull this off, however, as a small stab from Ochaco’s arm was not enough. She can also shift between disguises if she’s consumed more that one person’s blood, as shown when she changed from Uraraka to Camie. In addition, she gains the Quirk of the person she’s copied, though she can only utilize their Quirks if she experiences enough emotional drive to become said person. Her Quirk does have limits though; when she transforms, the clothes of the person she’s transforming into develop as well, leaving her with both her clothes and theirs, so she needs to take off her own clothes beforehand and when she becomes herself again she is nude.

And they continue on by telling us about her abilities in the show and just an overview of how she utilizes these as a whole:

Stealth: Because of her Quirk, Himiko is capable of pulling off great stealth techniques, making her an incredible stealth agent. When she was disguised as Camie, it was implied that she fooled her classmates for three days, although one of them noted on her odd behavior. She also had Izuku believe that she was the real Camie, and that Transform was Camie’s actual Quirk.

Overall, Himiko is a crafty and manipulative villain. While she has no clear fighting style, it is clear that she is a dangerous fighter, as she was shown to fight rather aggressively against Midoriya during the Hero License Exam arc. She is quick and agile enough to keep up with the likes of Pro Hero Eraserhead, and was even able to get a quick stab on his shoulder. She also has quick reaction time, as shown when evading sneak attacks from Ochaco and Hanta.

If you want to eventually cosplay as her and take on her aesthetic, you’ve come to the right place!

Getting into Toga shape isn’t going to be extremely hard, especially being that we only really have her aesthetic to base her training around (in The Workout Database we’ve had to base regimes on pretty over-powered superheroes)!  For that reason we’ll be working on three days of training that will involve some calisthenics and cardio, and the other two to three days a week will be based around how you specifically want to level up.

Tuesday: Varied Training Based on Style (Resources Provided Below)

Thursday: Varied Training Based on Style (Resources Provided Below)

On your other 2-3 days a week it’s your job to get active.

This can be done with a ton of different styles and variations of training.

You can choose from the many options below, or mix it up into other areas:

And below I’ll provide resources to some of these other training methods we have here on the site.

Running Based Celebrity and Character Workouts: