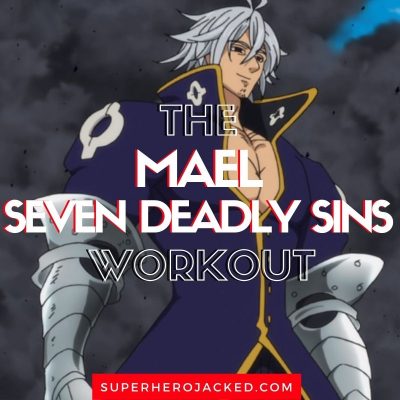 Next up on the list for our Seven Deadly Sins characters is Mael, AKA Estarossa!

I wanted to not only bring in some SDS characters but also diversify the lifting style with two BIG characters.

If you missed it I also did Escanor’s Workout this week, who is regarded as the strongest member of The Seven Deadly Sins, and we trained HEAVY and powerlifting style.

For this one, which I’ll talk about more in depth in our research section below, I want to still train heavy to get big and jacked like Escanor and Mael, but with less emphasis on powerlifting techniques.

This week will actually make us four characters into SDS here at SHJ, having already seen Meliodas’ Workout and Ban’s Workout routines in the past.

Mael is huge if we compare him to male celebs at SHJ, but not so much when put up against all our other characters.

Sure, he comes in as one in the larger range, but is no where near Escanor’s 10’1, for example. 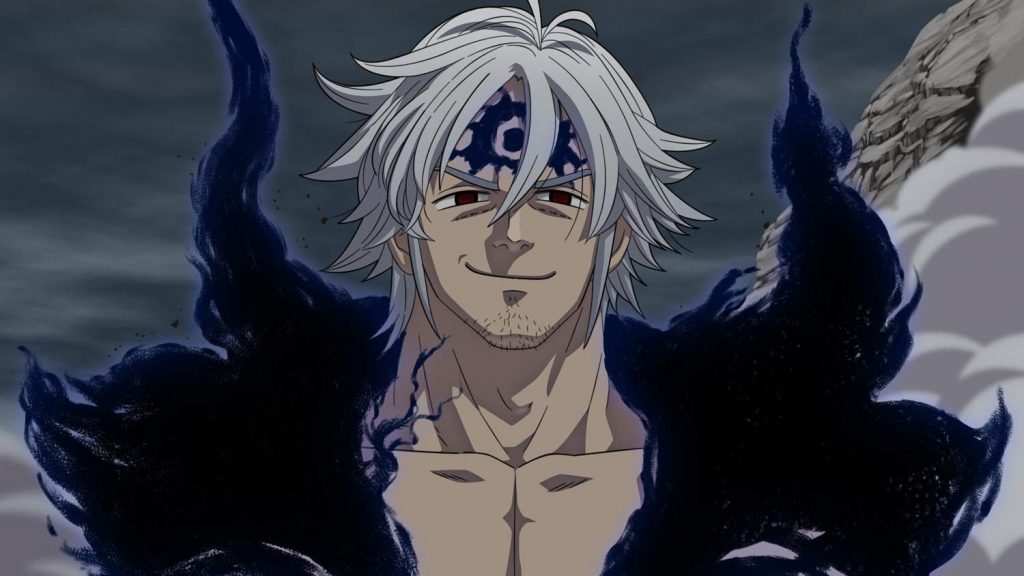 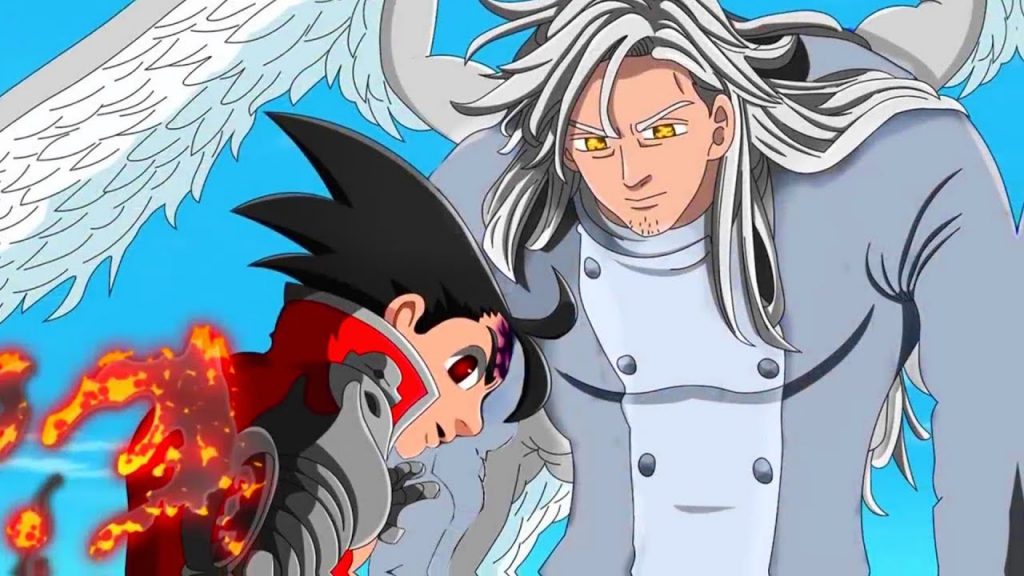 To start us off I’m going to be pulling from Mael’s Seven Deadly Sins Wiki Fandom page.

For those of you who don’t know all there is to know about his character, we’ll be breaking down just a bit before going into his history, powers and abilities and relevant information to building out this routine for him.

Here’s what they tell us to get us started:

Mael is one of the Four Archangels of the Goddess Clan. During the Holy War 3,000 years ago, a certain person reforged Mael and everyone else’s memories, giving the Archangel a new identity as a member of the Ten Commandments and the second son of the Demon King, under the name of Estarossa.

And, leading us into more relevant information, they give us a TON to work with in his abilities and equipment section.

They lead with this (although they go into much more depth):

As one of the Four Archangels, Mael is an extremely powerful goddess, one of the strongest of his entire clan and is rivaled only by his brother and Elizabeth and surpassed only by the Supreme Deity. Like all members of the Goddess Clan, he has wings that grants him the ability of flight.

Despite being initially weak from the beginning, Ludociel knew Mael possessed immense potential and would be able to surpass him in the future. Living up to Ludociel’s beliefs, Mael became the strongest of the Four Archangels.

Focusing on “Mael became one of the strongest of the Four Archangels”, will lead us right to where we want to be with this routine.

It’s also important to remember that Mael is also known as Estarossa.

For that we get a whole slew of new information to work with, starting with:

After receiving a Commandment from the Demon King, he becomes an extremely powerful demon. Like all members of the Demon Clan, he is able to manipulate the mysterious jet-black power of darkness for a variety of purposes, such as forming a sphere for battle and wings for flight. His aura, combined with the aura of the other Ten Commandments is so terrifying that it made the normally calm Hendrickson sweat in fear by their presence.

Estarossa has the power to turn other living creatures into demons, similar to the effects of drinking Red Demon’s blood. Those incompatible with the power will explode. A hint to his true power is given when Drole and Gloxinia, fellow Commandments, are shocked to see someone else with a level of magic power similar to his. According to Cusack; Estarossa’s power may be even greater than Zeldris, which is proven true, as he was able to keep himself from being completely immobilized by Meliodas’ attack in his Assault Mode, while Zeldris was completely unable to move even while using the Demon King’s power, forcing Meliodas to use more of his power to completely pin him down.

No, we’re not going to be becoming demons.

BUT, we are going to train to make it seem like we’re unleashing that extra power.

As with Escanor, Mael’s Wiki Fandom goes into much more depth with his history and also abilities, so if you’re interested of more of his character’s dynamic I definitely suggest checking it out for a full read.

For now I want to build out this routine for us!

We’re going to be looking to become extremely strong, but instead of focusing in on powerlifting, as I’m sure not all SHJ Army members want to utilize it, I want to instead go with a mixture of two different types of pyramid training: Reverse Pyramid Training and Traditional Pyramid Training.

We use both these techniques A LOT within our Academy’s Superhero Programs and also with The Academy’s Upgrade Your Workout Tool, but for this one we’ll be using a basic variation of them to train like Mael.

For this one you’re going to have 5 days of heavy lifting!  Get ready.  It’ll be fairly low volume to avoid over training being that we’ll be lifting every single day of the week and only rest on weekends, but the intensity will still be high due to your pyramid training.

If you want to know more about specific types of pyramid training and get exact numbers/weights to utilize for these lifts you can utilize the upgrade tool inside The Academy, as described below.