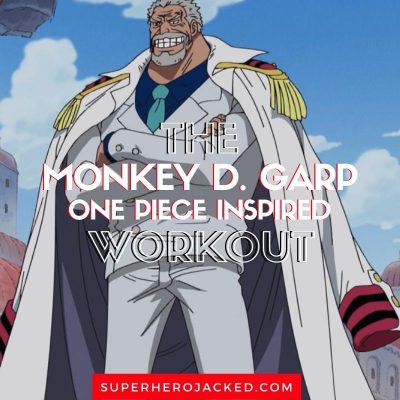 One Piece inspired workouts have slowly been trickling in and making an impact on the site.

For a while I was actually confused as to why we weren’t getting as many requests for the workouts as we were for other anime like DBZ, Naruto, MHA and some others.

Now the most popular have recently been Jujutsu Kaisen, Demon Slayer and finally One Piece catching up!

So as you can tell One Piece inspired workouts are definitely still finding their way to our Anime Workouts Database. 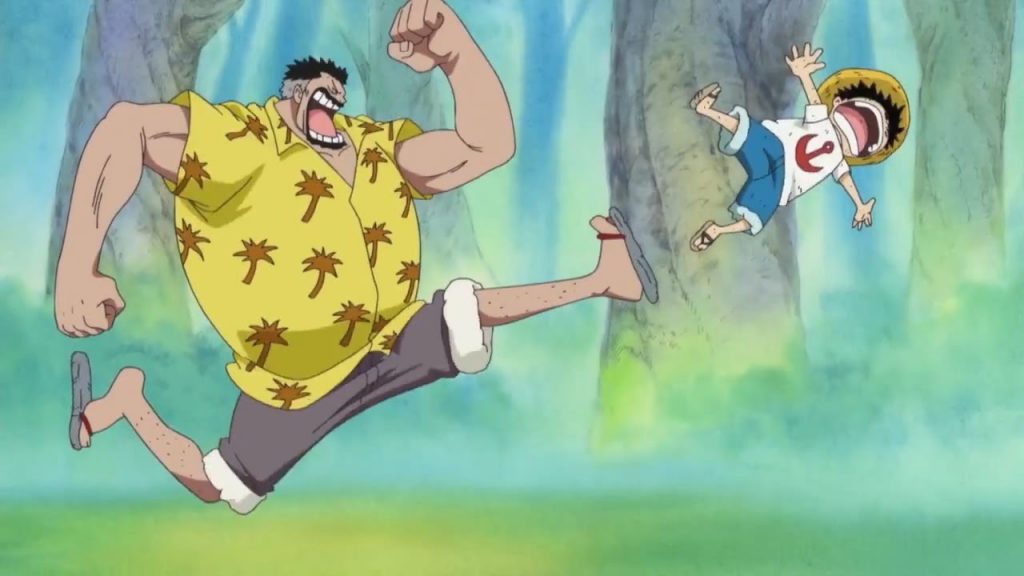 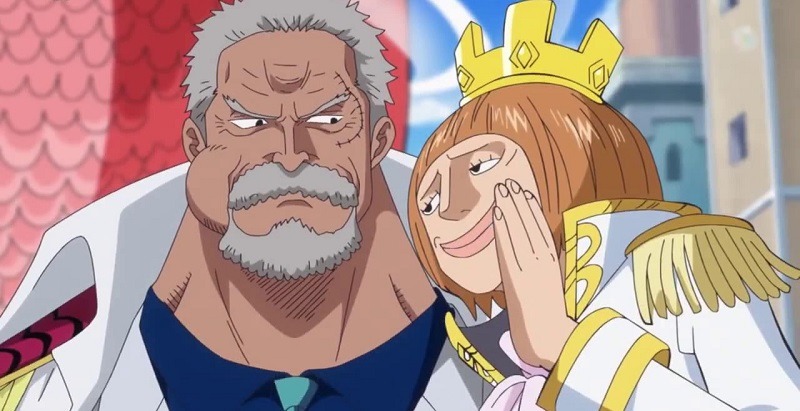 He took charge of both Koby and Helmeppo’s training. After the war, he became a Marine Instructor to train new recruits, though still retaining the rank of vice admiral. Notably, Garp was offered the rank of Admiral several times throughout his career, but he refused the offer of promotion every time.

Garp is one of the major figures, along with Kong, Sengoku, Shiki, Silvers Rayleigh, and Whitebeard, from the times when the “Pirate King” was still alive.

Due to his actions, he could be considered the main antagonist of the Post-Enies Lobby Arc. He is also a supporting antagonist in the Marineford Arc.

This is actually a pretty significant background compared to what we’re used to seeing for some anime like MHA and even Naruto.

Clearly Monkey D. Garp has a ton of training behind him…

I think his size is pretty clear and it’s enough just looking at him to warrant skipping the description they give and moving right into his powers and abilities section.

They start us off with a bit of an overview, telling us just how strong he actually is:

Garp is easily one of the most powerful Marines and one of the strongest characters seen in the series.

A testament to his strength is that he was one of the very few people to be considered a rival to the “Pirate King” Gol D. Roger and he was offered the rank of Admiral several times throughtout his life. It should be noted that those who hold the rank of Admiral are regarded as the World Government’s “Greatest Military Powers” and are the strongest individual fighters within the World Government structure and the Marines.

In terms of combat, Garp has had several decades worth of experience, in both combat and navigating the harshest oceans within the volatile “New World”.

They also move onto wrap it up with even more information about how strong he is, and some other abilities we’ll need for this.

They talk about his strength and durability a bunch, but even mention his speed!

Here’s another big chunk of information:

Despite his advanced age, Garp still possesses tremendous physical strength. He is able to throw iron cannonballs like baseballs at speeds higher than if they were fired from an actual cannon, break through brick walls and cannon stands with his fists, and both carry and throw a gigantic ball and chain many times bigger than the Thousand Sunny. Garp also has a monstrous punching power at his disposal, with his epithet, “Garp the Fist”, vouching for the tremendous power of his punches. He claimed to have crushed eight mountains during his training to face Chinjao. Enhanced with Haki, Garp could even dent Chinjao’s Haki enhanced drill-shaped head, which was powerful enough to split the Jewel Ice Sheet.

In addition to his legendary strength, he also has incredible durability and pain-tolerance, as seen when he was slashed by Captain Morgan’s axe hand, only to recover only seconds later, with no obvious pain and apparently oblivious to the fact that he was struck at all. In fact, when informed by one of the Marines that he was nearly killed, he mistook this for one of the men being killed. It was only when he saw the wound did he realize what happened, as he fell asleep before being attacked. He was able to get back on his feet after allowing himself to be punched by Luffy in Gear Second at point-blank range without losing consciousness, and was still able to fight the Blackbeard Pirates along with Sengoku.

He has also been shown to be extremely fast, as he managed to bypass all of the Straw Hats in order to get to a sleeping Luffy. It is evident Whitebeard respects Garp’s strength, as he mentioned him during his talk with Shanks.

For this one we’re going to be training to:

If that’s something you want: stick around and get ready.

We’re training to become massive and the strength training we do will allow the speed of Monkey D. Garp to follow with it.  This program is inspired by a massive human (drawing inspiration from Dwayne Johnson’s routine) and we’re going to be hitting a different body part every single day of the week and then having a mandatory rest day at the very end.