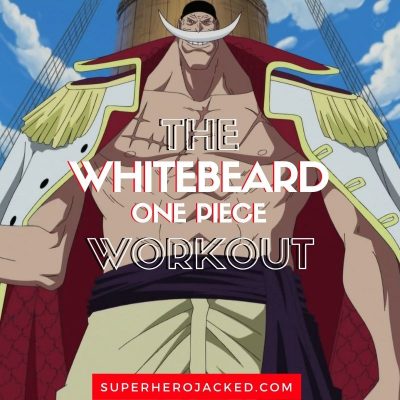 I told you in our Yujiro Hanma Workout before this that we’d be seeing too massive anime characters, and I wasn’t kidding.

Following up our Azula Workout and Mako Workout that were both build using calisthenics and bodyweight training, White Beard is going to be quite a different training style!

Whitebeard and Yujiro Hanma were both also honorable mentions on our recent listicle: The Most Powerful Anime Characters Of All Time, and their training style is going to be a fun welcome to people who currently have gym access.

But for now let’s talk about White Beard and One Piece!

Well, White Beard is on a while new level of ginormous! 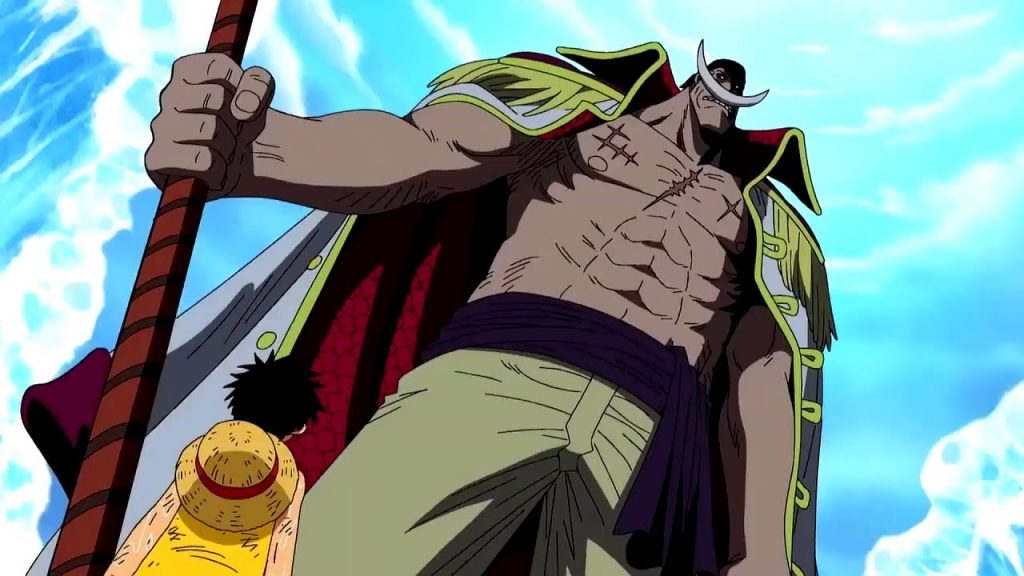 White Beard we know is absolutely massive, but I also want to dive into his character a bit more as well.

For that we’ll be pulling from his Wiki Fandom to learn about his background and then some more about his powers.

His Wiki page starts us off by telling us this about him:

Edward Newgate, more commonly known as “Whitebeard”, was the captain of the Whitebeard Pirates and widely known as the “Strongest Man in the World” and the “Man Closest to One Piece” after Gol D. Roger’s death. Before forming his own crew, he was a member of the legendary Rocks Pirates and later in life he became a member of the Four Emperors that rule over the New World, before his death in the Battle of Marineford. In his prime, Whitebeard was a rival to Gol D. Roger, and following Roger’s death, was widely recognized as the strongest man in the world, a fact complimented by having the highest active bounty whilst alive, and the second highest bounty of any pirate in history.

So we started off with Yujiro Hanma being referred to as The Strongest Creature on Earth in Baki, and now White Beard being The Strongest Man in the World in One Piece.

Now if you’re One Piece fans you also have the option to check out our Luffy Workout and even Zoro Workout, but if your goal is to build mass and strength, then stick around.

Jumping over to Whitebeard’s Hero Wiki Fandom page, here’s how they start off his powers and abilities section:

Whitebeard was given the title of the “strongest man in the world” for his unmatched physical strength, and was the only man in the world who could match the late Pirate King, Gol D. Roger, in a fight (the only one to come close was Marine Vice Admiral Monkey D. Garp , said to have cornered Gol D. Roger numerous times).

He was one of the Yonko, four of the most formidable pirates that rule the second half of the Grand Line, along with Shanks, Kaido, and Charlotte Linlin. They are considered the biggest pirate threats to the World Government. Newgate’s reputation was so great, his simple declaration of Fishman Island being his territory was enough to keep slave traders and pirates from attacking the place further, making Edward Newgate himself far more effective than the treaty signed with the World Government 200 years before his death.

They continue this with a bit more references and then move into his physical abilities, stating:

During the Marineford war, he completely overpowered vast numbers of Marine officers and giants, such as Vice Admiral Ronse with only his single hand and his Devil Fruit powers. (It should be noted that he held back until Ace’s death at Akainu’s hands) He has also been shown to be able to move at a considerable speed, having snuck up on Akainu, with the latter only realizing it once his soldiers yelled at him to watch out. The very fact that he launched a surprise-attack on the admiral, one with very acute hearing, also demonstrates that Newgate had impressive stealth attributes, despite his gigantic size.

And, while also making mention to some weaknesses that Whitebeard somehow has, they go into his Devil Fruit power/abilities:

Whitebeard ate the Gura Gura no Mi, a Paramecia type Devil Fruit that made him a “Quake Man”, and was considered the strongest Devil Fruit within the Paramecia class. According to Sengoku, Whitebeard had the power to destroy the world.

With the power of this Devil Fruit, Whitebeard was able to create powerful shock waves by shattering the air like glass. These shock waves then would be redirected into the ground, resulting in earthquakes and, if under the seafloor, tsunamis. He has been shown to create such quakes even in the air, rendering airborne attacks ineffective. He could also use these shock waves to attack enemies, with either widespread or specific targets. Whitebeard’s powers also allowed him to create a ‘quake bubble’ around his hand or bisento to increase the power of an attack and manipulate the air with his hands to tilt the environment around him. He has also been seen to use his bisento to slash the air, which caused a massive explosion and the collapse of a tower in Marineford.

Whitebeard was also able to create these shock waves to block physical attacks as well as non-physical attacks making his Devil Fruit powers excellent for both offensive and defensive capabilities. After his death, the power of the fruit was later extracted through some unknown means by Blackbeard.

Yes, you read that one right.

The power to destroy the world!

So let’s get one thing straight: you are training for STRENGTH and to become massive.

You will only be training three days per week but the focus will be on heavy lifts that you will need to take time to recover from in order to build the mass we’re shooting for to become White Beard!

Think you’re ready for this?

We’ve worked with some other training programs like 5×5 and 5,3,1, and even some other specific ones, but for Whitebeard we’re bringing back The Texas Method weightlifting program! Feel free to add in some active rest days but be aware that your body will grow while you allow it to recover.