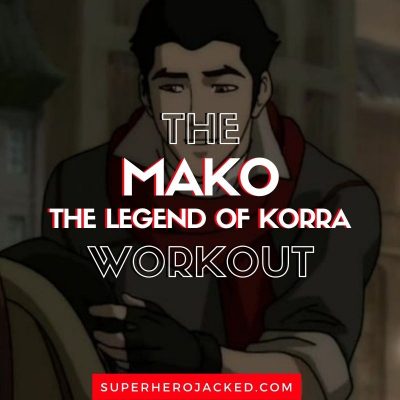 We’re back for another Avatar Inspired Workout, this time from The Legend of Korra!

We just saw our Azula Inspired Workout as well, but now it’s time to switch it up and bring in LOK with a male character.

Although we do have a double up on firebenders this week!

That means after this week we have TEN workouts inspired by Avatar Universe characters, which also means we can have a mini database added soon, instead of having Avatar characters float around our Anime Workouts Database where they don’t technically belong.

Anime: The Legend of Korra

Mako is actually really tall compared to a lot of characters in the same niche.

He can’t technically be compared to Anime characters, but he is around the average height of male celebrities we’ve seen. 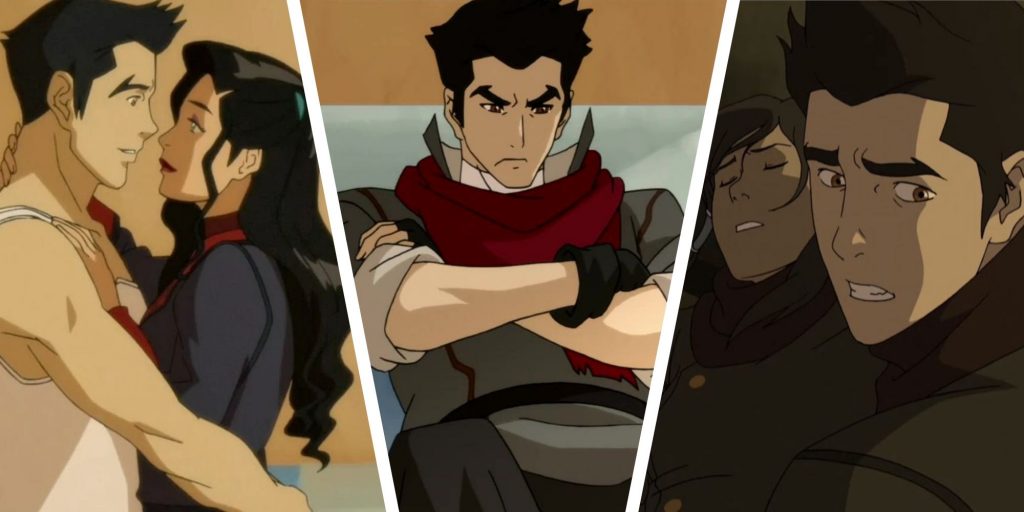 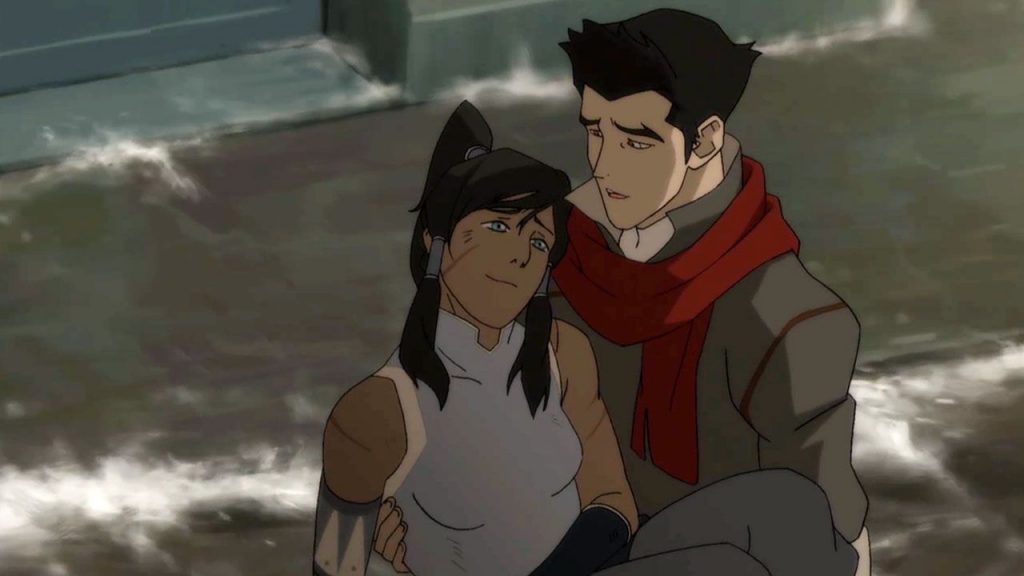 To start us off we’re going to be pulling from Mako’s Avatar Wiki Fandom page.

This is how they lead his bio:

Mako is a firebender from a multicultural family who grew up on the streets of Republic City as an orphan with his younger brother, Bolin. Mako always wore his signature red scarf that was once his father’s, who was murdered along with his mother when he was a boy. He formed a pro-bending team with his brother and Hasook and aspired for his new career to bring him fame and fortune. His aspirations changed, however, when he met Avatar Korra, who joined the team to replace Hasook and became a loyal friend. Mako, with the help of his teammates, was able to lead the team to second place in the championship. After the tournament’s conclusion, Mako joined Korra in her efforts to stop the Equalists.

From there they go on to tell us:

In the following months, Mako joined the Republic City Police Force, where he steadily rose up from being a beat cop to a detective. He joined his friends in an effort to stop Unalaq and Vaatu from merging. A few weeks after Harmonic Convergence, he rejoined Team Avatar in their search for new airbenders. However, they stopped when the Red Lotus attempted to kidnap Korra in Zaofu, instead working to bring down the anarchist organization.

Mako actually has some other abilities outside of his Firebending that are pretty unique.

Before we get into that, here’s how they describe his bending abilities:

Mako has demonstrated considerable skill in the art of firebending, implementing a modern style of fighting that he developed in his pro-bending days. Critics of the sport note his use of a distinct “cool under fire” technique, which primarily involves a series of defensive weaving and dodging patterns quickly followed by successive spurts of offense, rendering Mako capable of defeating an entire pro-bending team by himself. Outside of pro-bending, Mako demonstrated great skill in traditional firebending combat. He can maintain his fire streams for a period of time for feats such as propelling himself through the air. He can also perform more advanced techniques such as the breath of fire. The raw strength of his firebending is also considerable, able to offset a large and point-blank explosion unharmed. His control is also very fine, as he is able to form a sleek dagger for intimidation and the likes.

But, how about we talk about some lightning as well?

Mako can also create lightning, which they share this about:

Mako is skilled enough to generate lightning and redirect it, having learned the skills from his former boss, Lightning Bolt Zolt. He is able to generate it from either hand quickly with little charging time and no arm movement and is also capable of maintaining the bolt for several seconds. He has used lightning for a job at a power plant in Republic City and can effectively use it in combat. He can also fire it with considerable aim, being able to hit speeding targets and controlling the charge of it to merely stun targets. While fighting several Equalist mecha tanks, Mako redirected the electricity channeled through their metal cables to disable them. When restrained by Amon’s bloodbending, he was able to maintain enough focus and calmness of mind to generate lightning and score a direct hit against the Equalist leader. Amon admitted to Mako that he was impressed with his firebending skill, and that it was almost a shame that he would have to remove the bending of “someone so talented”. When he was cornered by Ming-Hua’s tendril attacks, he had the clarity of mind to aim lightning at her water tendrils, thus electrocuting her.

Even that isn’t it for Mako, whose abilities are more diverse than fire and lightning!

He also has a ton of abilities that we’ll be able to build our training around as well.

Mako has noticeable close-range and bare-handed combat skills, able to expertly perform a shoulder-throw. He has also displayed considerable agility, capable of both jumping long distances and performing flips, proving himself difficult to hit at a distance. He has considerable raw strength, as he could effortlessly launch an Equalist agent a great distance, casually carry Bolin over his shoulder or Korra in his arms, and hoist an Equalist into the air with one hand. While under the control of Amon’s bloodbending, Mako was able to move his body slightly better than others caught under this technique and managed to aim a bolt of lightning at Amon, something that took the masked man by surprise. Mako is also shown to be quite level-headed in dire situations and has quick thinking, which was exhibited when he came up with a plan to save his brother from the Equalists during Amon’s revelation.

Mako is also good at reading maps, as he figured out where the Equalist rally was located by looking at the maps he and Korra obtained from the Equalist protester. Mako demonstrated this ability again when he discovered where the Equalist airfield was hidden. He also appears to be an adequate cook, preparing meals for himself and Bolin.

As a police officer, Mako uses a motorcycle as his vehicle of choice, displaying great skill with maneuvering it over slick terrain and even incorporating his firebending as a booster to extend the distance of his jumps and to stabilize after a near crash. He is also capable of piloting an airship, though is still an amateur at landing the vehicle.

Mako is also a skilled detective, as demonstrated when he figured out that Varrick was trying to kidnap President Raiko and when he discovered that Aiwei was working with the Red Lotus.

As I mentioned in our Azula article: we’ll be building this around bodyweight and calisthenics training.

The reason for this is that not only does that fit the audience of our members who love the Avatar Universe, but it also fits he universe and the characters style as well.

Mako has a lean and toned physique, which we can build a calisthenics protocol around achieving, and it will also fit his abilities as well.

We’re going to be structuring this one similar to Azula’s workout with 3 calisthenics days, but instead of one day built around strictly endurance and another one a circuit we’ll be doing two circuits that hit endurance AND calisthenics for super-high intensity training.