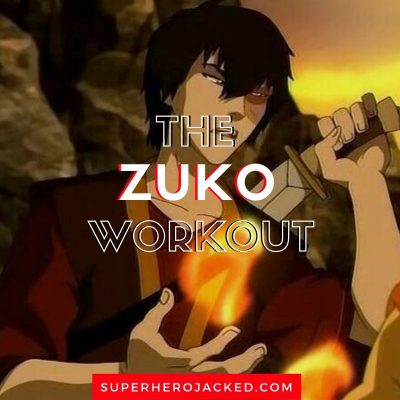 Our Aang workout and our Korra workout are two of our most popular characters workouts now!

They don’t quite make it to our Top Superhero, Anime, Video Game and Character Workout Listicle being that they’re fairly new, but The SHJ Army wants more!

So for this week we already saw some My Hero Academia characters so that we could finally put together our Top Ten MHA Character Workouts listicle, and now we’re also giving the people what they want by adding Zuko and Toph to the list of awesomeness.

If you want to request even more Avatar characters you can always do that with the link in the footer (recommend/request workouts), but these two were the top requested characters we’ve had!

Our stats for Zuko are based on when he was young in The Last Avatar and obviously change and are varied as he ages. 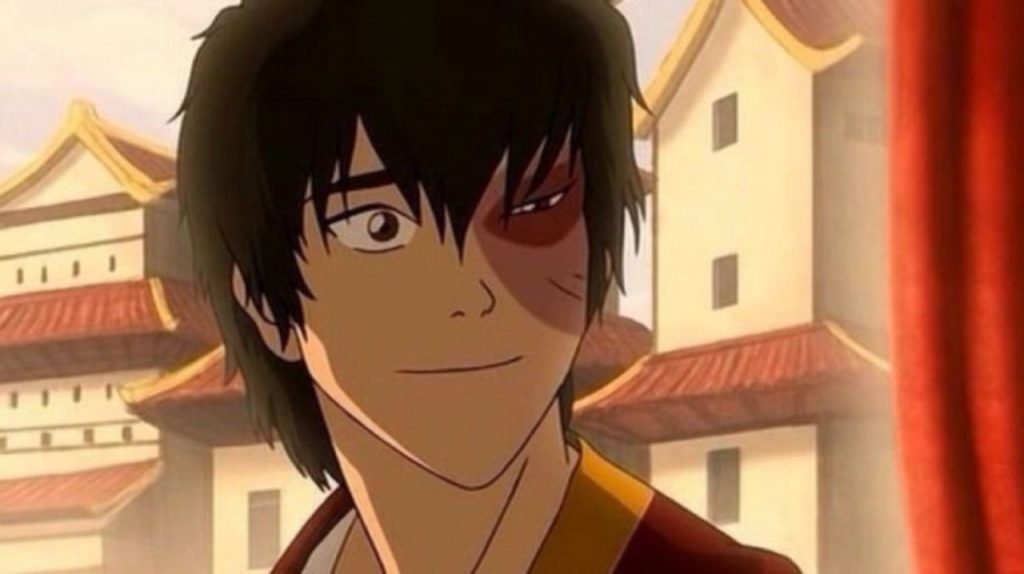 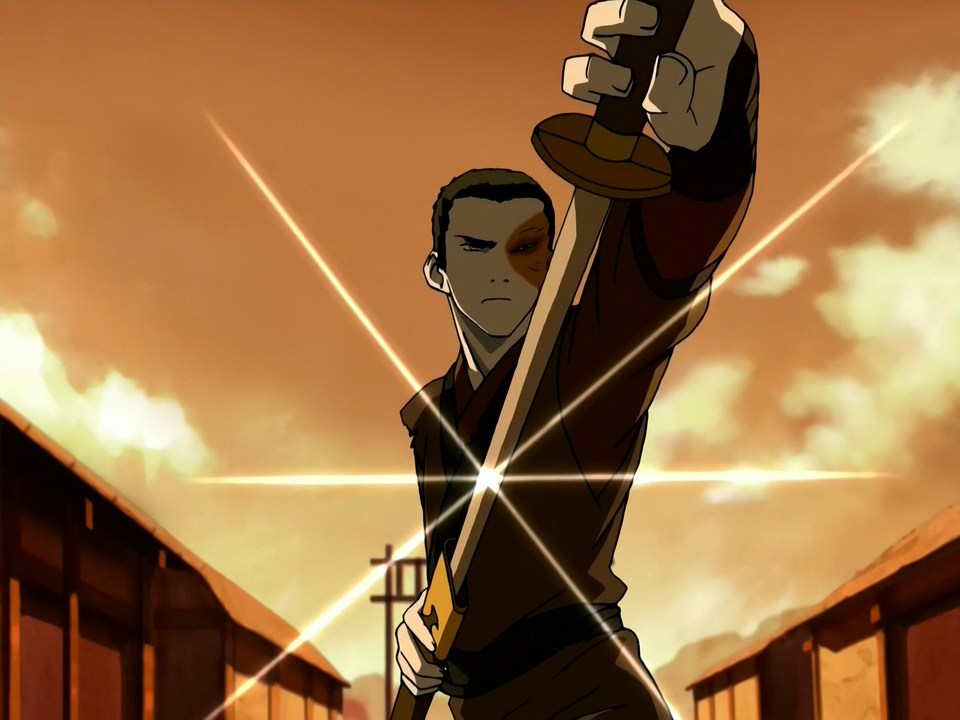 To get us started let’s discuss Zuko’s initial biography from his Wiki Fandom.

Here’s what they tell us about the prince firebending master:

Zuko is a firebending master, born as a prince in the Fire Nation Royal Family, who reigned as Fire Lord from 100 AG until his abdication in 167 AG. Originally the primary enemy of Team Avatar, Zuko devoted three years to trying to capture the long-lost Avatar to end his banishment and regain his honor as Crown Prince of the Fire Nation. He is recognizable by the distinctive burn scar on the left side of his face from his eyebrow to his cheek, which was given to him by his father, Fire Lord Ozai, shortly before his banishment as a result of an incident in which he unintentionally disrespected his father by speaking out of turn and refusing to duel him.

And for those of you who felt that was a cliffhanger of a bio, I agree, and this is how they continue:

With support from his paternal uncle, General Iroh, and after much internal struggle and turmoil, Zuko rejected Ozai and his model of the Fire Nation. He instead joined the Avatar’s group to become Aang’s lifelong friend and firebending mentor and was determined to end the war and restore both his and the Fire Nation’s honor. While Aang defeated Ozai, Zuko, with the help of Katara, defeated his younger sister, Princess Azula, and took his place as Fire Lord, declaring the end of the Hundred Year War and the start of an era of love and peace.

At the beginning of his reign, Zuko had to overcome great difficulties and solve several crises, especially those caused by the Harmony Restoration Movement and the New Ozai Society. Nevertheless, he succeeded in maintaining peace and eventually became one of the founders of the United Republic of Nations. Zuko stepped down from his position as Fire Lord in 167 AG and became an ambassador of peace, relinquishing the throne to his daughter, Izumi.

Jumping further into Zuko’s character we also have to talk about his advanced skills in not only firebending, but also swordsmanship, hand to hand combat, stealth, and also leadership and strategy.

Here’s how they start by telling us about his firebending:

While growing up in the Fire Nation, Zuko showed no extraordinary skill in firebending. In his teen years, however, his ability began to develop significantly under his Uncle Iroh’s tutelage, most noticeably during the last year of the Hundred Year War. He became able to fight on par with much more experienced firebenders, showing himself to be a late bloomer. Having continuously refined his skills, he has reached the point of becoming a firebending master, but despite his skill and fast development as a firebender, he has noted on more than one occasion that he is not as skilled or as powerful as his younger sister, Azula.

If you decide to skip even further into his firebending information they tell us just how incredible he eventually becomes as a firemaster!

They continue to talk about his powers and abilities by moving into swordmanship and other skills like unarmed combat, stealh and even freerunning!

Aside from his bending, Zuko also developed masterful skill in swordsmanship, and he specialized in dual wielding swordplay, using a set of dao blades, skills he gained after being trained by the sword master Piandao. He would use these skills as his primary tactics whenever he was in his Blue Spirit disguise, unable to firebend, or when he needed to fight but also needed to conceal his firebending. He was able to defeat multiple foes using only his swords, including experienced firebending soldiers. He also dueled evenly with Jet and his dual hook swords until the fight was broken up by the Dai Li. Zuko was able to defeat several Earth Kingdom soldiers with minimal effort by employing his swordsmanship skills in combination with unarmed combat and, in the same confrontation, demonstrated the ability to combine his sword skills with his firebending, allowing him to deliver more powerful and destructive attacks. His skill was such that his father, Fire Lord Ozai, opted not to face him during an eclipse when neither of them could firebend. He also defeated Sokka, a very proficient swordsman in his own right and a fellow student of Piandao, with ease in multiple sparring matches.

In addition to his firebending and swordsmanship skills, Zuko is highly skilled in unarmed combat, able to break apart oncoming spears with his hands and legs, and disarm, subdue or defeat opponents. Zuko was able to defeat several armed Earth Kingdom soldiers in rapid succession. Zuko is very physically capable, able to almost nonchalantly send a person flying with a single hand and smash through iron shackles with a single kick. He is also quite fast and agile, able to perform great acrobatic feats, such as running across walls, doing mid-air twirls, scaling vertical faces with great efficiency and climbing speed, and jumping large distances to avoid enemy attacks with noticeable agility and free-running skills.

Zuko is stealthy and skilled in the art of infiltration, able to sneak into heavily defended fortresses and conceal himself effectively for long periods of time. His skills served him well while he was disguised as the Blue Spirit. Zuko is also a skilled tracker; he was able to track the airborne Avatar all across the world, something that his friends later acknowledged in their search for a missing Aang.

So we have a lot of work cut out for us.

Unfortunately I can’t teach you firebending, but in this case it might prove to work out nicely considering the amount of other training we’re going to need to replicate.

For that reason we’ll be revolving this routine specifically around Zuko’s physique and overall slender and toned aesthetic, combined with:

Think you can handle it?!

As I said, Zuko trains extremely high volume, so we’re going to give you the option to train high volume as well by making it very easy to add in different portions of this training (depending on what you specifically need to work on).  You’ll have options to add in endurance work, speed work, mixed martial arts, and even freerunning.  That will be combined with your 3+ day per week calisthenics training (more calisthenics and training will be added in the other days depending on which add-ons you choose to work with).

20 Side to Side Crunches

20 Side to Side Crunches 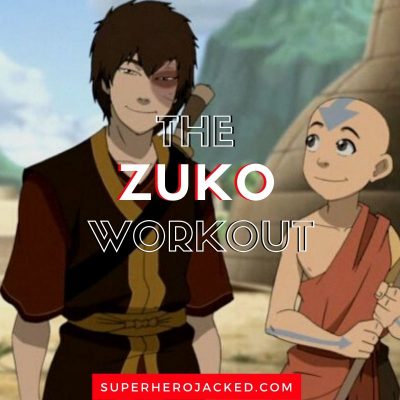 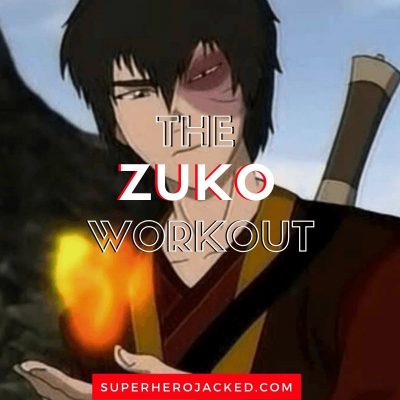 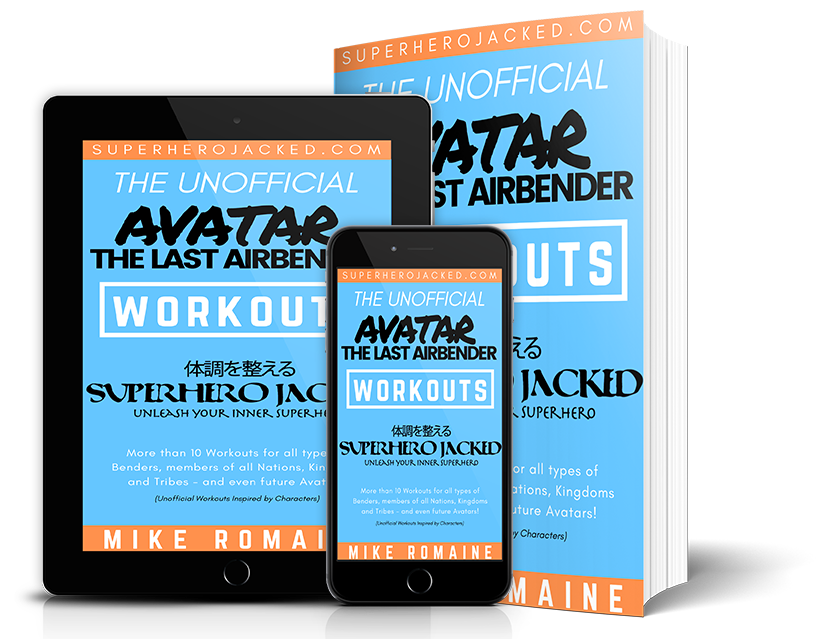