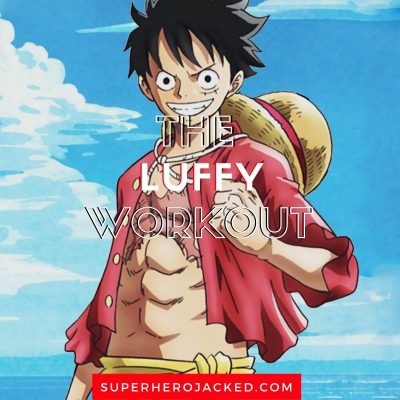 Did I mention The SHJ Army is in love with our Anime Inspired Workout Routines!

We recently we added our Top Ten My Hero Academia Workouts and Top Ten Dragon Ball Z Workouts to our list of workout listicles.

But now it’s time for some One Piece with this new Luffy Workout Routine!

Similar to our popular Avatar Workouts (like Aang’s Workout and Korra’s Workout being followed up recently with more), One Piece was also recently topping the charts on Netflix, so it’s definitely time for this update!

Which also means you should expect to see another One Piece character this week to compliment Luffy!

Luffy rocks a lean and toned build, and his stats are a good representation of that as well.

While he may be considered below average height, he also does not weigh much! 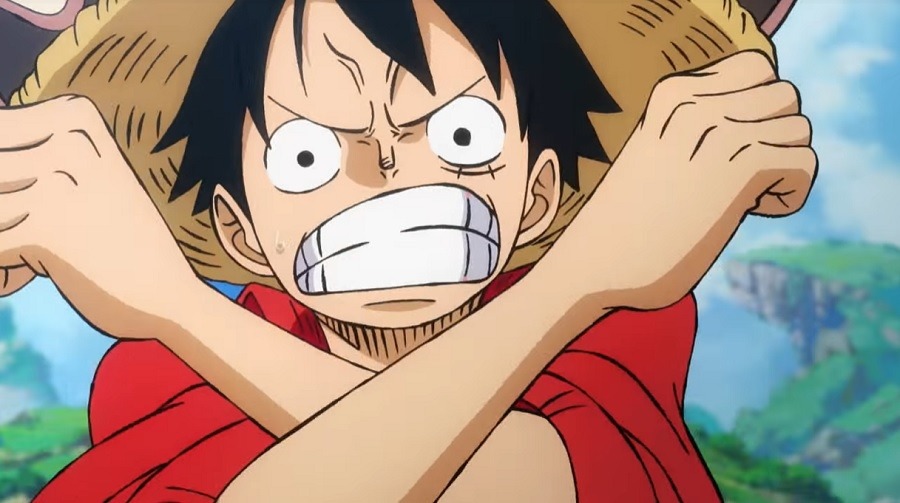 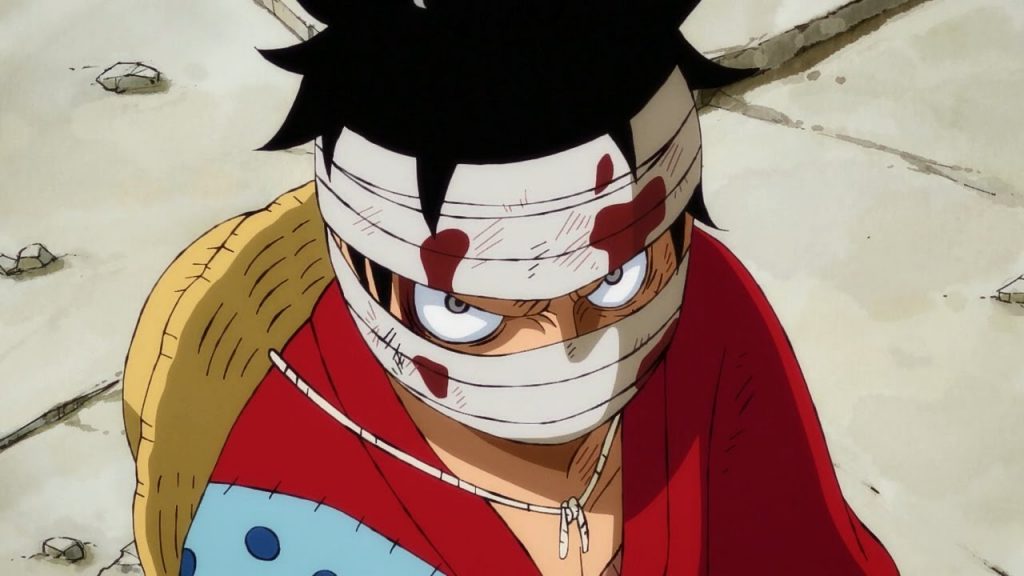 To start, like we’ve been doing for many of our new anime workouts, we’ll talk about a bit of a biography for Luffy.

This is what his Wiki Fandom has to tell us:

Monkey D. Luffy, also known as “Straw Hat Luffy” and commonly as “Straw Hat”, is the main protagonist of the manga and anime, One Piece. He is the founder and captain of the increasingly infamous and powerful Straw Hat Pirates, as well as one of its top three fighters. His lifelong dream is to become the Pirate King by finding the legendary treasure left behind by the late Gol D. Roger. He believes that being Pirate King means having the most freedom in the world.

Luffy is the son of the Revolutionary leader Monkey D. Dragon, the grandson of the Marine hero Monkey D. Garp, the sworn brother of late “Fire Fist” Portgas D. Ace and Revolutionary Chief-of-Staff Sabo, and the foster son of Curly Dadan.

Luffy has gone up against many of the global powers around him, starting with fighting the most powerful pirates in the East Blue and moving to clashes against the Marines, Shichibukai, World Nobles, and Yonko in the Grand Line; he has emerged victorious in the majority of these battles. Luffy’s accomplishments and heritage have caused him to be labeled as a “Dangerous Future Element”, earning the wrath of Fleet Admiral Sakazuki, the Marine Headquarters and even the World Government. Luffy also has a penchant for attracting followers and is currently the unofficial leader of the Straw Hat Grand Fleet, consisting of seven pirate crews who will aid him whenever he wishes. After learning of this and his exploits against the Big Mom Pirates, the press has labeled him the “Fifth Emperor of the Sea”, though many prominent figures consider this to be exaggerated.

On top of being awesome, Luffy is also really strong (in regards to his overall powers).

Rather than give us a full broken down list type runner for his powers (like we’re used to seeing), Luffy’s Wiki actually breaks them down in meaty paragraphs for us.

His Wiki describes that as such:

Despite his relatively small physical stature compared to most of the world’s powerful fighters, Luffy has developed significant physical strength to match them. His grandfather Garp used harsh and unorthodox training methods such as leaving him alone in the wilderness as a young child to grow stronger, as well as several years of further rigorous training in the extremely harsh environment in Mt. Colubo and Rusukaina. A notable example of this strength was on Dressrosa when he used his foot to block a stomp by Donquixote Doflamingo, a man nearly twice his height with immense physical power of his own, without any leverage. Earlier that day, he had effortlessly flipped over the massive gladiator Spartan, defeating him. In Skypiea, he was capable of moving around during his fight against Enel despite having a massive golden ball molded around his hand, and even climbed up a massive beanstalk with it. When caught between two large brick buildings in Water 7, he was eventually able to push them down to free himself.

Luffy has utilized his Devil Fruit Gears to tremendously increase his physical strength and subdue powerful opponents like Blueno, Rob Lucci, and Donquixote Doflamingo. He took out a member of the Marines’ Giant Squadwith a single Gear Third punch, and two years later, he defeated the powerful giant Hajrudin with a single Gear Second punch to the face. On Fish-Man Island, the Sea Kings believed he would have completely destroyed the gigantic ship Noah before it would have landed had they not stopped him.

The next big ability on the list is his speed and agility, which they describe as:

Luffy possesses tremendous speed, agility, and reflexes. When battling Dracule Mihawk in the Battle of Marineford, he was able to dodge the strikes of the world’s greatest swordsman, including ducking under one that completely cleaved through a faraway glacier.

After his two-year training, he has been able to dodge attacks even while using Gear Third. He was able to avoid being attacked by Cavendish in the Corrida Colosseum by dodging the pirate’s sword strikes and clasping the sword with his hands. Against Charlotte Katakuri, he showed the ability to dodge a considerable amount of the Sweet Commander’s strikes, as well as all of Katakuri’s attacks with his trident Mogura (barring one in which Luffy was impaired by Flampe’s dart), despite Katakuri being able to foresee his movements. After his harsh training in Udon, Luffy have shown being able to move at even greater imperceptiable speed, outpace the perception of both Uliti and Page One.

These two abilities get followed up by others like:

And, to top all this off, we haven’t even talked about his Devil Fruit ability!

Luffy unwittingly ate the Gomu Gomu no Mi, a Paramecia-type Devil Fruit, when he was 7 years old after finding it in a chest owned by the Red Hair Pirates. The fruit gives his body the properties of rubber, allowing him to stretch any part of his body in any direction before snapping back to his center of gravity like a rubber band.

Initially, Luffy was unable to control his stretching, but was able to master it after ten years of training on Dawn Island. The fruit is useful for allowing him to reach faraway places, as he can stretch and grab onto them, causing him to be pulled there. Offensively, he is capable of throwing punches, kicks, and headbutts at great distances and speeds, as well as twisting body parts around each other and spinning them to improve attack power. Defensively, Luffy cannot be harmed by blunt attacks, including punches not imbued with Busoshoku Haki as well as most bullets, and he can land from great heights and crash into structures without being harmed. If he is struck by a blunt projectile, it will bounce back toward the place it came from, potentially threatening the one who launched it. He can also balloon himself to repel larger projectiles such as cannonballs.

During his pirating adventure, Luffy has found new ways to utilize his Devil Fruit in combat, creating Gears.

Each of these gears (mentioned in the final sentence) give Luffy another ability.

The only type of gears we’re going to be jumping into is when we need some extra strength to boost us up for some strength training!

Based on his powers and abilities we’re going to need to train to be slim and lean while still having a ton of strength, speed and agility!

We’re going to be working with 4 days of strength training a week that will not only be for strength, but also for speed.  We’ll start each of those days with endurance training and finish them with a blowout that will be for muscle endurance AND agility style intensity training.  I will also be adding in extra resources for things like mixed martial arts, running and other things you may want to add into your training.

Friday: Deadlifts, Back and Biceps

Luffy Workout: Deadlift, Back and Biceps 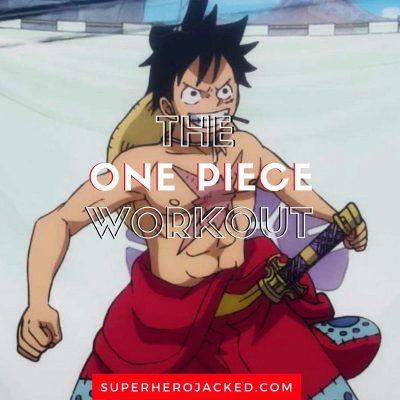