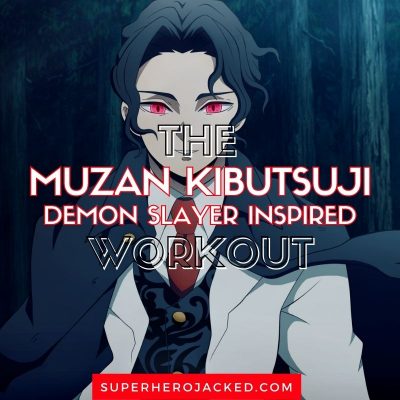 Muzan Kibutsuji is one of the most popular Demon Slayer characters because of his overall impact on the show.

And although he didn’t rank within the top ten there, he DID rank in high for a different category.

Muzan came in second among the most powerful Demon Slayer characters of all time, so it didn’t feel fair to put off his routine any longer – the Demon Slayer Inspired Workout Database needed him!

Hell, even our Anime Workouts Database needs him!

But don’t worry – we’ll also be getting another handful of Demon Slayer characters in the coming weeks being that it has been one of the most popular anime here at SHJ among character inspired workouts.

That’ll also allow us to really fill out our Demon Slayer Workout Placement Quiz as well.

Muzan Kibutsuji is actually a bit taller than what we’d be considering “average” among anime male characters we’ve been seeing thus far.

Although we have definitely seen some behemoths as well that make that average a bit skewed. 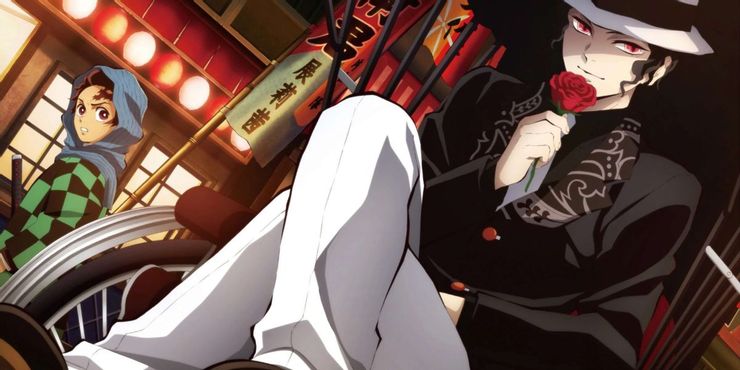 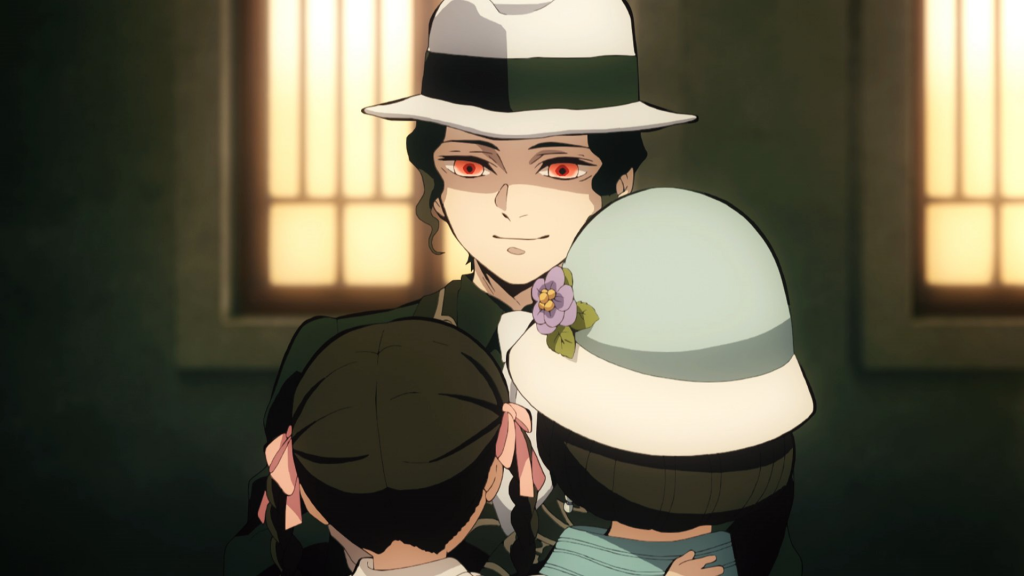 To get us started with our research we’re going to be pulling right from Muzan Kibutsuji’s Wiki Fandom page.

Muzan Kibutsuji is the main antagonist of Demon Slayer: Kimetsu no Yaiba. He is the Demon King, the first of his kind, as well as the progenitor of all other Demons in existence.

A millennium ago, Muzan was turned into a Demon while trying to cure his own terminal illness, and his goal since then was to live without the fear of death and gain true immortality. He attempts to accomplish this by getting rid of his weakness of the sunlight which he is currently doing in 2 ways: finding the Blue Spider Lily or creating more Demons in hopes that one day one would be able to conquer their weakness of the sunlight.

Muzan is also the one responsible for slaughtering the majority of the Kamado family and transforming Nezuko Kamado into a Demon.

When we move into his overall powers and abilities section it begins to open the door to how we’re going to need to be building this one out.

Here’s how his Wiki Fandom starts describing his overall abilities:

Overall Abilities: As the first Demon to exist and as the progenitor of all Demons, Muzan is the strongest Demon in existence and possesses tremendous strength, easily being able to hold his own against five Hashira and Tanjiro, Inosuke, Zenitsu and Kanao at the same time. He is later able to put Tanjiro in a state of near death by using his poison in a single attack and would have nearly killed Mitsuri, an incredibly strong Hashira, had she not been rescued by fellow Demon Slayers. Gyomei, Giyu, Sanemi, and Obanai would have also succumbed to his poison if they didn’t receive antidotes from Chachamaru. After approximately 30 minutes of fighting against the Hashira, Muzan manifested leg whips, which increased his attack speed exponentially, to a point where he instantly defeated the exhausted Demon Slayers. However, it is later revealed that Muzan is gradually becoming slower due to Tamayo’s aging medicine, which has been affecting him the entirety of the battle. Despite this, he was still able to easily defeat the Slayers and hold the advantage over Tanjiro in their fight who mastered Sun Breathing.

Yes, we’re talking about “the strongest Demon in existence”.

From here his Wiki also goes on to break down a ton of different sections of abilities; from physical and combat skills all the way to supernatural and mental abilities.

Muzan has abilities that stem from his Demonic Blood such as telepathy, demonic curses and manipulation, possession, regeneration, enhanced senses and a ton of others.

None of those things will actually be built into our routine, so if you want to learn more about them you should definitely go to the actual Wiki Fandom page!

For the sake of his workout routine research we’ll jump right into the physical abilities, which are listed as such:

Immeasurable Strength: As the Demon King, Muzan’s physical strength is stronger than all Demons in existence combined. Even after being severely weakened by the Anti-Kibutsuji Drug, he possessed enough physical strength to destroy entire buildings, create massive craters in the ground and lift the debris of buildings on top of him effortlessly. In his infant form, he could crush vehicles and could only be held down by the combined efforts of Gyomei Himejima, the Hashira with the strongest physical strength, and dozens of other Demon Slayers, and still had problems in keeping him still.

Immeasurable Speed & Reflexes: Muzan is one of the fastest beings in the series and maybe can only be surpassed by the godlike Demon Slayer Yoriichi Tsugikuni in term of speed. As all the speed enhancements Demons came originated from him, he is faster than all of them. During the Infinity Castle Arc, even after being weakened by a drug specially made to defeat him, he was able to massacre dozens of Demon Slayers in less than a split second. In the Sunrise Countdown Arc, Muzan has unleashed attacks that were able to outspeed all the Hashira-level Demon Slayer present, like Zenitsu Agatsuma and Gyomei Himejima, severely injuring them. He has displayed the ability to evade dozens of attacks simultaneously and move faster than the eye can see.

Unlimited Stamina & Endurance: Like all Demons, Muzan has absolute and infinite stamina and endurance, staying in optimal physical and mental condition all the time as well as being able to endure waves of onslaught as if it were nothing. However, Tamayo, Yushiro and Shinobu Kocho manage to create a special effect in the Anti-Kibutsuji drug that severely depleted his stamina.

Immense Durability: Like all Demons, Muzan possesses incredible physical durability, probably the strongest in the series. It took the combined effort of nearly a dozen Hashira-level Demon Slayers and a drug specially made to defeat him to penetrate his immense durability.

We’re going to be training to achieve all of this!

Strength, speed, and stamina in an other-worldly proportion.

We’re not just training around some minor character here – we’re training to be like the most powerful demon in EXISTENCE within the Demon Slayer world.

Be prepared for high volume and intensity.

We’re going to be training with 3 full body training days per week and then 2 days devoted to high intensity full body circuit workouts that will combine calisthenics, weights and endurance work.