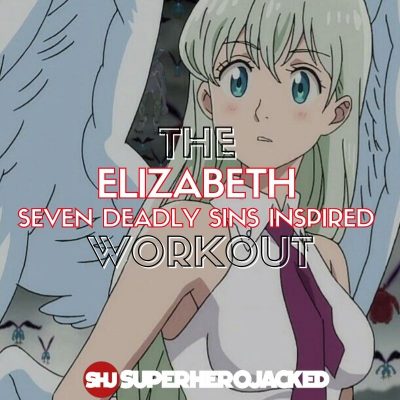 We’re bringing in some of the powerful women this week from Seven Deadly Sins.

Our Seven Deadly Sins Inspired Workouts are growing and they’ll continue hitting the site as long as you guys are loving them within The Anime Workout Database.

For those of you who haven’t watched enough of the show to see her unleash her true potential: you’re missing out!

We have a handful of other powerful female characters to still get through, like Diane for one, but having Elizabeth and Merlin is a great start to our growing list of SDS inspired routines.

We don’t have Elizabeth’s weight available, but we don’t necessarily need it to work with her height and aesthetic we see in the anime.

She’s around average height and has a fairly lean and athletic physique. 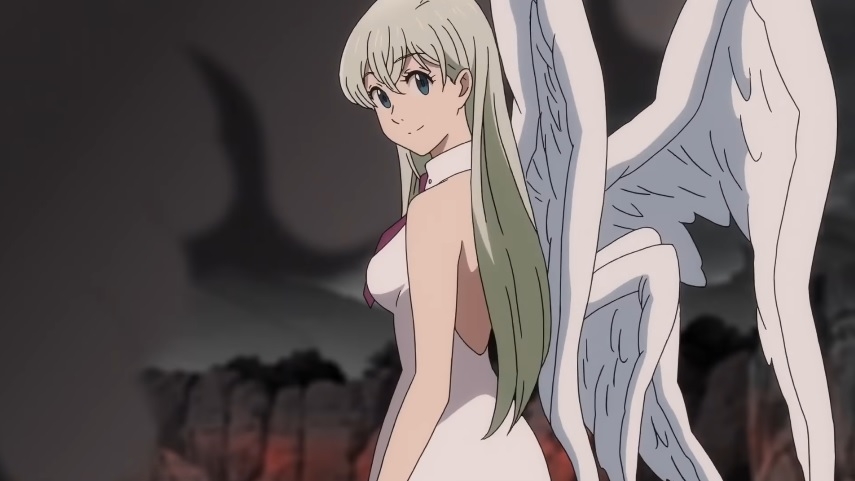 To learn a bit more about Elizabeth and her powers we’ll be pulling right from her Wiki Fandom page.

Here’s how they break down his initial bio section:

Elizabeth Liones is the third adoptive princess of the Kingdom of Liones, the 107th and current incarnation of the Goddess Elizabeth, and the lover of Meliodas, captain of the Seven Deadly Sins. She is the deuteragonist of the series.

Originally an alleged survivor of Danafor’s destruction, Elizabeth was adopted and raised by the king Bartra Liones. After the Holy Knights rebel, she sets on journey to find Seven Deadly Sins, becoming a waitress for Meliodas’ tavern Boar Hat. She later awakened her power as a Goddess and become the Seven Deadly Sins’ prominent ally, participating in their battles against the Ten Commandments and later the Demon Clan in the New Holy War.

A lot of our training might revolve around Elizabeth’s overall aesthetic, but it’s also important to break down her powers and learn a bunch more about her.

Here’s how they dive into her powers and abilities section:

Due to being the current reincarnation of the Supreme Deity’s extremely powerful daughter, Elizabeth possesses immense powers based on light, rapidly heal everyone in the Kingdom of Liones and unintentionally causing plant life to instantly grow throughout the entire Kingdom when first awakened. Even before awakening her memories, she was capable of healing several almost dying individuals or dispelling a curse placed on Merlin by Zeldris with the Demon King’s magic, while her aura was capable of harming demonic creatures like Hendrickson or even the Commandment Derieri. Upon the return of her memories, Elizabeth’s magic power increases dramatically as Elaine remarks that the “incredible” amount of magic the former possesses marks her as a true goddess. During the alliance of Stigma and the Seven Deadly Sins, the blade of light she generates for the Light of Pact, was of equal length but wider than the one summoned by Ludociel, leader of the Four Archangels. Her power was enough to extract the miasma out of the Commandment Melascula easily which was vital to defeat her, stop dozens of demons from battling, as well as counter Hellblaze techniques.

So there’s not much for us to go on in terms of weight training or bodyweight training to replicate her powers considering she’s mostly magical like we saw from Merlin and Gowther – but we’ll still be training to unleash our inner powerful Goddess nonetheless.

To put it into perspective, Merlin comes in with a whopping power level ranking at 3,540 while Elizabeth and Gowther come in at 1,700 and 1,300.

So similar to our Gowther routine we will be pulling from some tactics we utilize in our Assassin Calisthenics 90 Day System (which has even been used to help trian new U.S. Marines) – but we’ll be scaling it down a bit to train at a beginner-intermediate level and really unlock the Elizabeth physique.

If you need some extra scaling help you can also check out our Ultimate Calisthenics Workout and Guide – but I’ll plug in some scaling tips as we move through the workout as well.

Get ready to unleash the power of Goddess Elizabeth.

We’re going to be working around basic calisthenics and cardio 3 days a week but I’ll also provide some resources for you to tack on an extra two days a week if you’d like to step it up a notch! You know, speed up the process to unlock your inner Goddess Elizabeth.