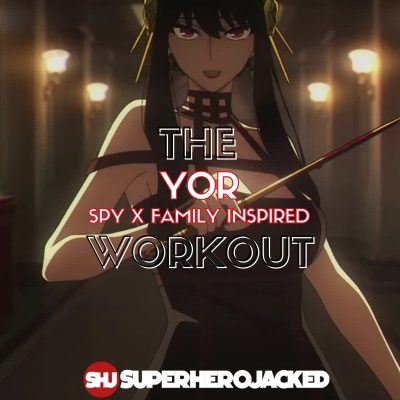 Yor is immediately a fan favorite in the anime world.

There have been a few characters in newer hit shows that get a ton of requests as they’re airing, but it’s pretty rare for them to explode enough to take priority over characters that have been steadily requested for quite some time.

Well Yor joins that elite list of characters who are just that popular right off the bat.

You guys made it extremely clear you wanted Yor in our Anime Workouts Database as soon as possible, and here we are.

Thankfully for me, I started watching Spy X Family as soon as it was airing on Crunchyroll and have been keeping weekly, so I have no problem bringing Yor in so quickly considering how awesome I think she is as a character.

She’ll also be another fun calisthenics training addition to our Anime Workout Placement Quizzes as well!

Yor has an official height listed, but no weight – which is nothing we’re not used to for some of our characters.

We can obviously tell she is tall and slender, which is something we’ll be working around to build this one out. 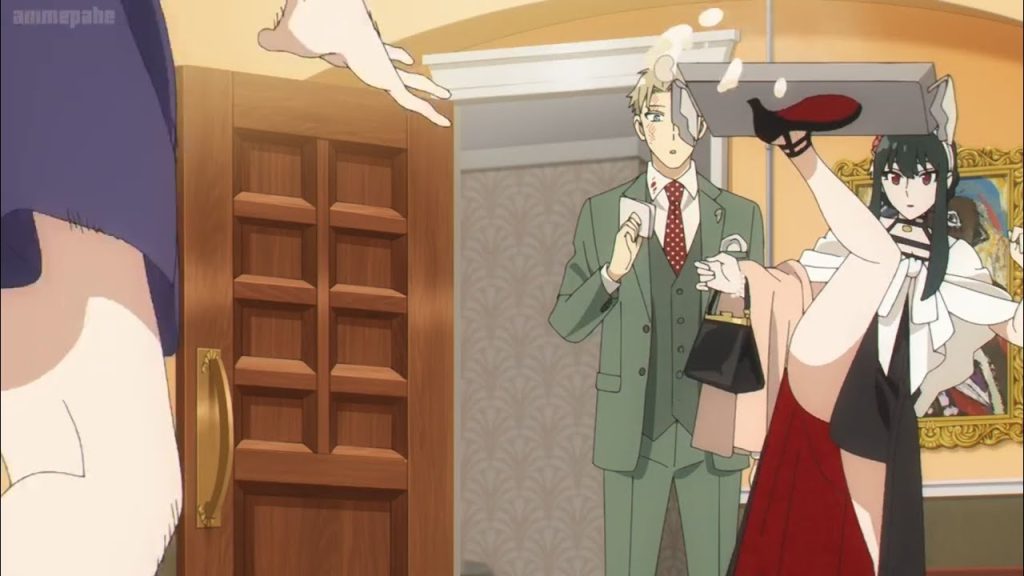 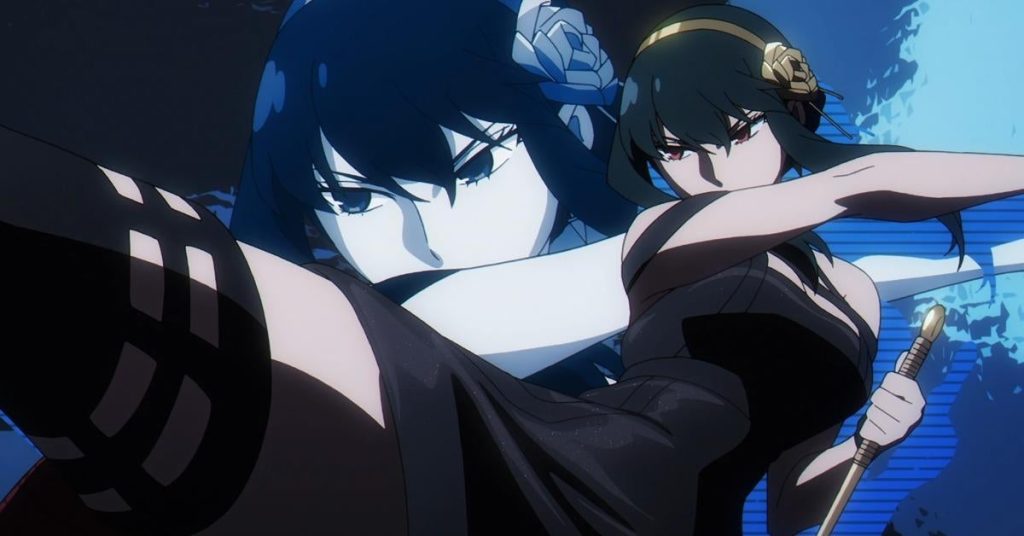 To learn more about Yor I’ll be pulling right from her Wiki Fandom section, starting with this bio section they lead with for her:

Yor Forger is the tritagonist of the SPY x FAMILY series. While she works as an ordinary clerk at Berlint City Hall, she also leads a secret life as a Garden assassin with the code name “Thorn Princess”.

She and Loid Forger get married to fulfill their separate goals, with the former becoming the adoptive mother of Anya Forger.

We will also be noting Yor’s overall aesthetic and physical appearance for this one, though I won’t be giving a breakdown for it.

From there we can move into the information they give us for her abilities, which will be what we’re also using to create this routine.

The first thing we can begin to breakdown is her strength, which is the ability they give the most detail for:

Strength: Despite her slim frame, Yor possesses monstrously superhuman physical abilities. She is capable of easily piercing human skulls with her weapons and a thrust from her hands alone can destroy pumpkins. She can easily crush people with her raw strength. She can throw her weapons hard enough to break through a wooden door and still impale someone on the other side. Her kicks can move speeding cars and brutalize humans. Her legs are also strong enough to jump an entire floor while carrying a woman and her child. In hand-to-hand combat, Yor’s preferred method of attack is using rapid kicks. Her kicks were powerful enough to knock out Loid by merely grazing his chin, something he didn’t experience since his training days. While attempting a strength-tester game, Yor destroyed the machine with a one-handed swing.

Yor has difficulty controlling her strength. While taking cooking lessons from Camilla, Yor accidentally sliced up the cutting board that she was chopping vegetables on. During a tennis match against Fiona Frost, she accidentally diced a tennis ball from the power of her swing. While she held back her strength on her next serve, it was still so powerful that Frost, who is a WISE agent with considerable strength, could barely hold back the ball until her racquet snapped. Frost claimed that the ball would’ve been sent flying a mile away if she had not tried to hit it. Two accidental slaps from Yor was enough to cause Yuri to bleed excessively to the point that some passing civilians were concerned and recommended that he should go to the hospital. By her own admission, she has accidentally broken two of Yuri’s ribs from a hug when she was in her teens.

They also go on to talk about her speed and endurance as well:

Speed and reflexes: Yor is imperceptibly fast and agile. Despite moving in heels, she was able to jump and land from tall heights, effortlessly knocking out a raging cow, and move fast enough to intercept and kill another assassin who was fast enough to evade the Director’s bullets.

Yor has remarkably quick reflexes, being able to intercept a falling hot pan with just a motion of her leg and dodge rifle fire. Even when distracted, she was able to dodge garden shears from several feet away and was able to throw Becky out of the path of a car and catch her in time.

Durability and stamina: Yor was able to withstand a gunshot wound to her glutes and move normally, making it home, though this feat caused her considerable pain and left her in a bad mood. During the fight on the Princess Lorelei, she was able to kill over 22 assassins nonstop, suffering from a jammed finger and a chest wound. While rushing Becky Blackbell to the hospital after falsely assuming she was intoxicated, Yor was struck in the side by a car; the car being damaged enough to start smoking. Yor was sent rolling but got up, caught Becky and continued running without issue.

Some other little abilities they go on to mention are:

None of which will be helping us with this workout.

Here’s what we’re specifically working around:

With the main goal being a slim and toned physique like Yor for cosplay.

So be ready for high intensity calisthenics and cardio for fat burn and toning.

To become Yor we are going to be training with calisthenics to get assassin-like abilities, strength, agility, and endurance. We’ll have 3 days of pure calisthenics and some cardio and then one day devoted to Forger Endurance Work and a final day devoted to an Assassin Circuit Test.