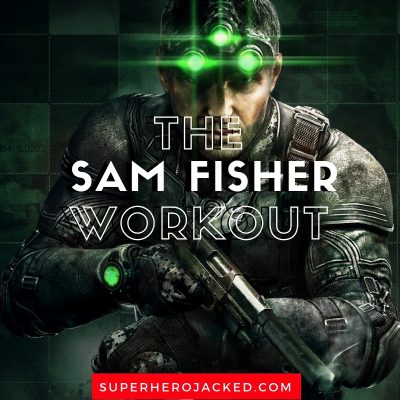 Time for a Green Beret and Navy Seal.

We’ve seen a handful of soldier workouts, including Punisher, Wolverine Weapon-X and a ton of others; but it’s time to step it up a notch.

This week we’re going in for the kill and training like Sam Fisher and Solid Snake.

These are requested routines from SHJ Army member Joseph, but he’s definitely not the first to bring up the names for routines.

Most are fighters, but now we’re taking our training to a different place and headed back to military style.

Sam Fisher isn’t that tall, but he’s definitely not the shortest among our characters.

Someone like Ryan Reynolds would likely refer to Russell as a manlet…. 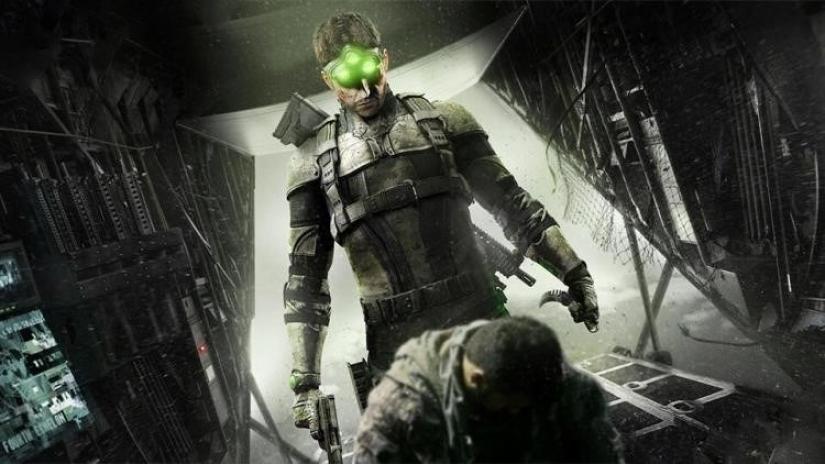 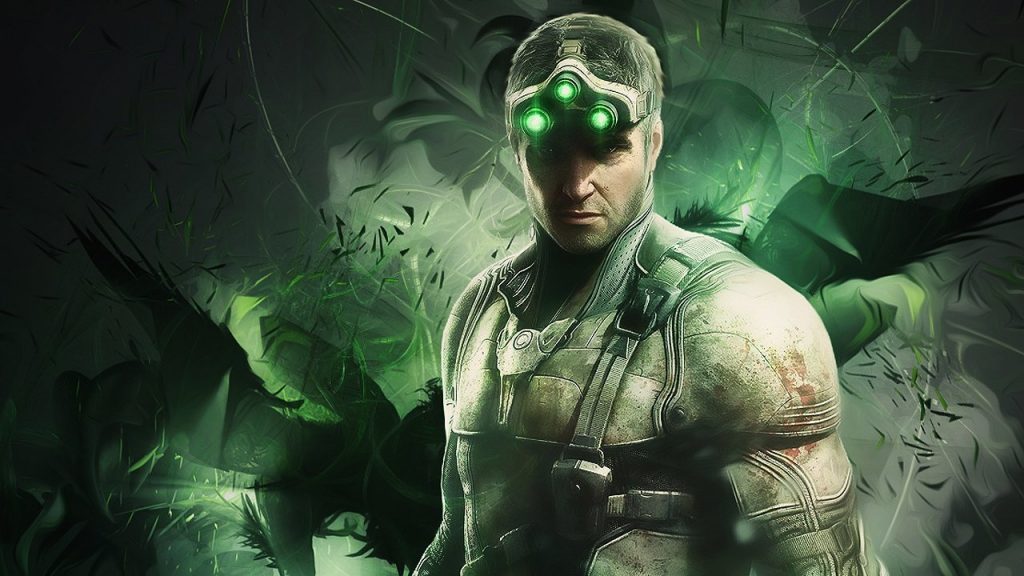 This is where I get to break down the “how” and “why” of the workout we’re going to build based on the characters, in this case Sam Fisher’s, powers and/or abilities.

We’re actually going to go through this one in a similar fashion to Solid Snake’s.  Fisher’s Wiki does give us a breakdown of some of his “abilities”, but a background like we did for Snake’s will give us a better overview of how we’re going to want to train for this one.

Sam Fisher’s Wiki Fandom lists his occupation field as such:

They go on to tell us his rank is Lieutenant Commander, and his affiliations are as follows:

Some of those might seem foreign to you, and that’s okay because they’re more relative to the world of Sam Fisher.

Like we did when we focused in on Solid Snake being a Green Beret, we’re going to focus in on Sam Fisher’s background as a Navy Seal.

Here’s some of his background for his military service:

Acknowledged as one of the finest Servicemen in his lifetime, Sam Fisher was a highly-decorated commissioned officer of the United States Navy, where he attained the rank of Lieutenant Commander (O-4) while serving as an operator within the U.S. Navy’s elite SEa-Air-Land (SEAL) Teams. As a SEAL, Sam conducted numerous special operations in the Persian Gulf, Bolivia, Colombia, Senegal, Kosovo and led numerous other operations in various hot spots around the world. At some point during his time in the Navy, Sam spent nearly three years (2 years, 11 months) as an intelligence analyst.  At one point he was awarded the Defense Distinguished Service Medal.He was honorably discharged from the Navy at some point during 1996.

And the list really goes on and on for Fisher.

And while I won’t be able to teach you all of his abilities with weaponry, I will share one last thing about Fisher’s conditioning and training:

Physically, Fisher is at the peak of physical condition for a man his age who engages in an intense exercise regimen, he is tough and as accomplished as a commando. He is muscular and an impressive physical specimen. Sam engages in daily exercise, these including swimming, diving, climbing, running and shooting. Sam could run for long periods of time without tiring while doing Parkour movements. He is also a good swimmer, with more than a decade serving as a SEAL did most of the job on helping him gain a large lung capacity since he could stay underwater for a rather long amount of time. He swims as fast as he ‘free runs’ and can swim for long periods of time and sink himself pretty deep. Fisher is able to accomplish silent assassinations from the water by swimming out of it and dragging an enemy down before stabbing them or breaking their necks quickly. Water is Sam’s home and has always been where he is most comfortable.

Do you think you’re ready to train like a Navy Seal?

Similar to Solid Snake’s workout routine we’re going to go to the source for this one.  And by that I mean Military.com again.  We know that Solid Snake was training to be a Green Beret, but when I show you this Navy Seals test below you’re going to realize that the training I gave for Snake was pretty perfect prep for this test as well.  For that reason I’ll be sharing another workout from Military.com that they specifically have for training to become a Seal, and also the Snake advanced workout here as well.

Maximum time allowed is 12 minutes, 30 seconds — but to be competitive, you should swim the distance in at least 8 to 9 minutes, utilizing only the Combat Swimmer Stroke, sidestroke, or breast stroke. Recommended workout and training tips: Get technique training and learn to pace yourself. Try 5 to 10 sets of 100-yard swims, working on a pace that will get you below the competitive times. (Rest 10 minutes after swimming the 500 yard test before moving on to the next exercise.)

Minimum number is 42 in 2 minutes, but you should shoot for at least 100 for an average score. Do not pace yourself. Push as many push-ups out as fast as you can, but do not neglect proper form or the SEAL instructor will not count them. (Rest 2 minutes, then move on to the next exercise.)

The minimum is eight pull-ups with no time limit, but you cannot touch the ground or let go of the bar. You should be able to do 15 to 20 to be competitive. Try a pyramid of pull-ups: work your way up from one pull-up the first set until you can no longer do any more sets, then return down the pyramid repeating in reverse order (1,2,3,4,5,6,5,4,3,2,1). (Rest 10 minutes before the last exercise of the test.)

Wearing boots and pants, the maximum time allowed for this one is 11 minutes, 30 seconds, but you should be able to cover the distance in 9 to 10 minutes to be competitive. Pace yourself: do not start off too fast on the first lap. Shoot for a 90-seconds quarter-mile run time around a standard high school track. Repeat this pace for six to 10 sets until you no longer have to rest in between quarter-miles.

This is a direct workout for test prep from Military.com.  This is advanced and high intensity so keep that in mind when you work your way up to it.

One of the best workouts to assist increasing your scores in the PT and run is the following:

This is a tough workout that can take 30-60 minutes to complete – if you can complete it.

This is a direct workout for test prep from Military.com.  This is advanced and high volume so keep that in mind when you work your way up to it. 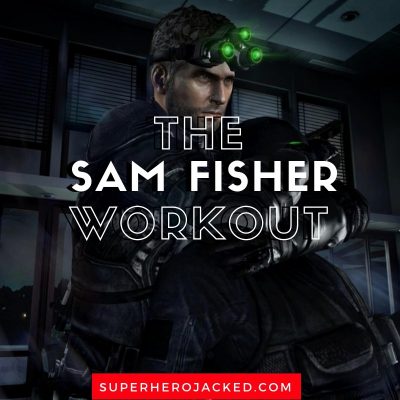