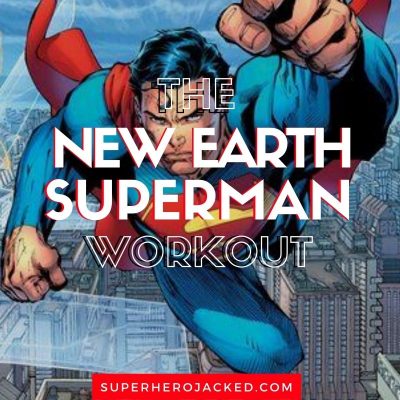 Let’s consider this one THE Superman Workout.

Which only makes sense since we have tons of celebrities with different iterations as well – take Henry Cavill, AKA Superman, AKA Man of Steel, for example – we have two variations of workouts he has used for his Henry Cavill Workout Routine and Diet Plan, and then we also have a Henry Cavill Witcher Circuit Workout as well.

Now it’s time to catch Superman up to speed!

So far we’ve had our base Superman Workout Routine, and also a Superman Circuit Inspired Workout as well.

But now it’s time to step it up a notch or two!

Since this one is coming inspired by Dwayne Johnson’s tease at Superman VS. Black Adam it seems on right to compare them a bit here.

They both stand in at 6’3 and Black Adam has about 15 pounds on Superman; although Dwayne Johnson makes note that they are both in the same strength category! 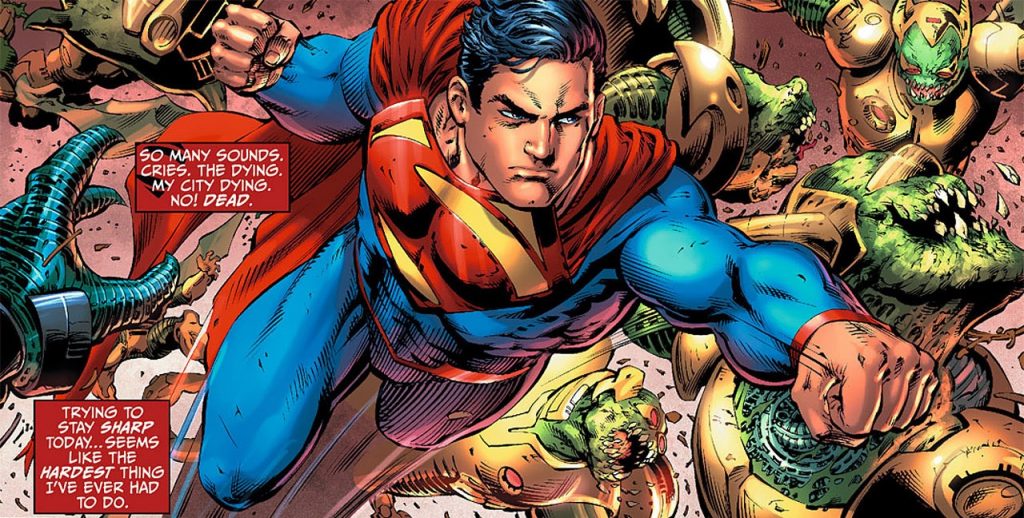 We all know who Superman is.

But part of the fun is going over his bio together.  So here we go.

Let’s start with a brief bio from his Wiki Fandom, which tells us:

Superman is the most powerful being on Earth, an alien immigrant named Kal-El from the planet Krypton who was raised in Smallville, Kansas, to become an American superhero. Raised with high moral ideals, he uses his incredible strength, speed, flight and various other superpowers to fight evil and to protect the innocent. In his civilian identity he is Clark Kent, a mild-mannered reporter working for the Daily Planet in Metropolis. He is a founding member of the Justice League of America and a member of the Legion of Super-Heroes in the 30th Century.

The Wiki Fandom goes on to tell us about a bit of a revised origin story as well:

In the early 2000s, Superman’s origin was mysteriously changed, with his new story as follows:

Kal-El was born on the dying planet of Krypton as the last son of the House of El, and his parents Jor-El and Lara sent him to Earth in a rocket as a baby. He grew up in Smallville, alongside his best friends Lana Lang and Lex Luthor. Lex and Clark had a falling out after Luthor Manor burned down with Lex’s father inside during an experiment to contact extra-terrestrials.

Returning to Smallville at the age of 25 after freelancing around the world as a reporter, he decided it was time to start making a difference in the world, donning the Kryptonian symbol of hope given to him by his parents as his heritage. He designed a costume after traditional Kryptonian clothing with no mask so the public could trust him and moved to Metropolis.

And assuming you’re a nerd like me, you love all this, and you can head over to the full Fandom page to read the original origin story and a TON of other information.

But for now we’re going to focus in on what will help us build out our Superman Workout Routine!

Superman’s powers and abilities are what is going to make this workout routine, but I am not kidding when I tell you that the list on his Wiki Fandom page is literally too long for me to just quote here for us.

For that reason I’ll break it down piece by piece and do my best to pick each section that’s going to really leave us with the most ideal Superman Workout possible.

Let’s start with his Kryptonian Physiology, here’s what his Wiki Fandom tells us:

Kryptonian Physiology: Superman’s cellular structure is much more dense, resilient, and biologically more effective than human tissue. He does not possess superhuman strength levels despite his enhanced cellular ability without his cellular structure charged with yellow solar energy. Without such charging, his physical capabilities are identical to a human of his height and weight who engages in regular physical activity. As an alien, he possesses several organs whose functions are not yet disclosed or understood, but are believed to be part of or the source of his bio-matrix force field and reclamation aura. Superman’s body also stores energy actively within his bio-cellular matrix as an energy pattern that is linked to his body’s electromagnetic field. This energy powers most of his electromagnetic capabilities such as flight, heat vision and other “sight”-based abilities while supplementing his physical abilities to superhuman levels. Superman has been shown to repel Darkseid’s Omega Beams with his heat vision and has been shown to handle extreme heat from the Earth’s Core.

I felt this is the most fitting to bring us into the rest of his powers that we’ll really focus on for our Superman Workout.

The powers that really stand out the most that will be the most useful for us to build around are:

Now obviously he has a full list of other powers, but these are the ones that I feel are most effective to make note of.

This is actually what his Wiki says about some of them:

It’s safe to say we have our work cut out for us.

This one will be similarly formatted to Black Adam’s Workout Routine that allows us to focus in on Superhuman Strength while gaining speed and agility from that work as well, and then throw in extra training for endurance on top.

With that I will also be adding in some extra agility resources because trying to catch up to the Flash is no joke of a task.

This Superman Workout will need to hit every aspect of training…!

We’re training like Superman. In our last Superman iteration we utilized strength training combined with circuit style training in order to get a well rounded routine, but in this case we’ll actually be splitting them up a bit more.  We’re going to train for strength and then add in endurance and agility on top with running/cardio and recommended agility work.

Superman Workout: Back and Endurance Work

Being that we want to be fast enough to be compared to The Flash, or potentially even race him, it seems only right we take a page out of his book and train like him.