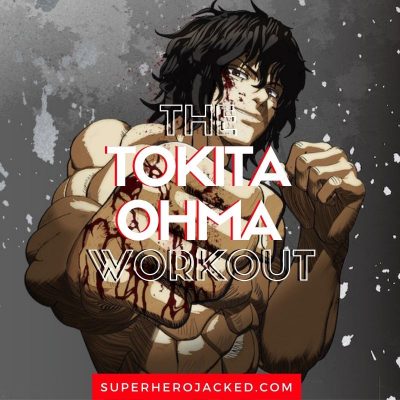 And if you guys love Baki that much, you likely love Tokita Ohma as well!

Some people think Tokita Ohma would even beat Baki.

Their training will be similar, but we definitely have some work to do researching their similarities and differences to make it uniquely a Tokita Ohma Workout!

Either way: if you’re looking to get shredded and happen to love fighting animes like Kengan Ashura and Baki, you’ve come to the right place.

He’s an inch or so off “average height” among celebrities, but I’d definitely consider him tall compared to Anime characters.. 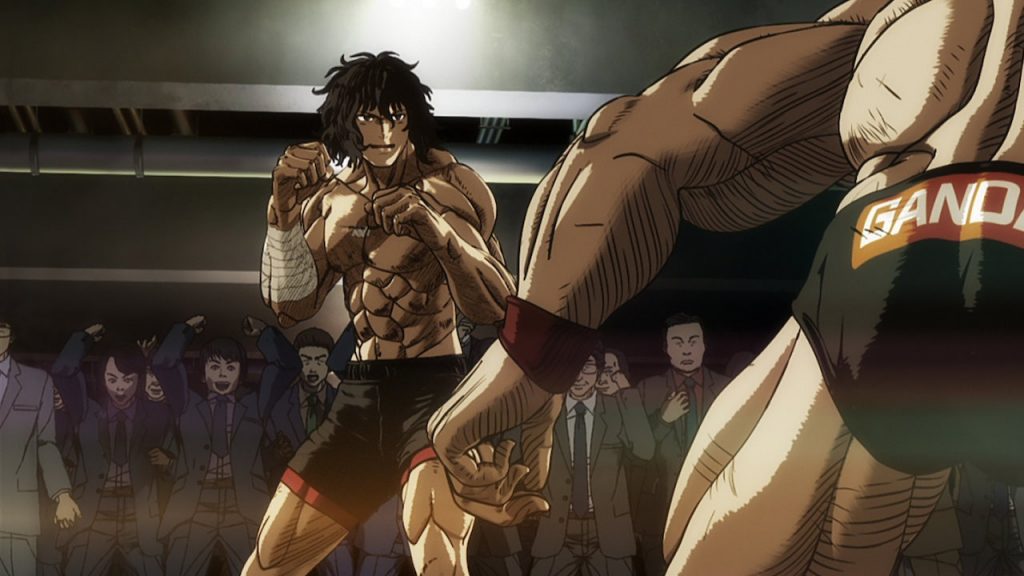 The reason I started watching Tokita Ohma in action in Kengan Ashura is because I love Baki as well.

So for this one we’re going to compare the two while also diving into the background of Tokita Ohma separately.

Tokita Ohma, also known as The Asura, is a man who loves to fight. He entered into the Kengan Association, fighting for the Nogi Group. During the Kengan Annihilation Tournament, Ohma fought for Yamashita Trading Co. with Yamashita Kazuo as his employer.

This isn’t an overwhelming amount of information to go on, but if you want to read more his Wiki Fandom does go into some good details about his overall personality, the plot and even appearance.

But, rather than take the risk of adding some spoilers and/or just sharing too much unnecessary information I think we should move onto his actual abilities.

Ohma is a powerful fighter whose strength, speed and endurance were far above any average human’s; he was an excellent fighter in all statistics. When Kazuo’s son Yasuo accidentally brought home a biker gang consisting of more than 100 men, Ohma defeated all of them without breaking a sweat or incurring even a scratch. He had been noted to possess extraordinary kinetic vision, allowing him to clearly see the “flow of power” in his opponents, as well as an equally extraordinary sense of hearing. Ohma’s auditory capabilities are so well refined, he was able to identify Kaburagi Koji’s specific “sounds” (breathing, heartbeat, moving joints etc.) and then resume fighting at near-full capacity, despite the cacophony of sounds around him (including the piercing drone of The Mosquito). After his fight with Kaburagi Koji, Ohma learned to consciously shut out all surrounding noises in his environment except for that of his opponent, in particular, their breathing.

And if that wasn’t enough, they tell us much more.

This is how they continue:

Ever since being taught how by Niko 14 years prior, Ohma performed image training within an out-of-body experience while asleep. By imagining an environment exactly like reality, Ohma made copies of fighters he had observed and then sparred with them. He fought in an average of eight imaginary matches while asleep and had fought in well over 40,000 imaginary matches over the past 14 years; due to the principles of rote learning, this enabled Ohma’s brain to act without thinking.

In extreme situations where his stamina is completely depleted, Ohma is able to involuntarily perform autophagy, breaking down his housekeeping proteins and allocating them to basic life functions, allowing him to fight past his limits. In this state, Ohma is capable of fighting with more steady and smooth motions than when he was fatigued.

Due to the “Advance”, Niko was forced to use Chi Blockage, creating a slight bend in his spine to reduce his “power output” ten years before the tournament. As a result, Ohma lost several key memories as well as his mastery over the Niko Style. After regaining all his memories after his fight with Kure Raian, Ohma ascended to a new level of fighting skill, showing great mastery over the Niko Style as well as overall masterful fighting prowess.

Tokita Ohma is on a different level.

That being said, we do have a few things we need to focus in on for this one:

Those are the things that are mentioned specifically as being “far above any average human’s.

Baki on the other hand has his father that is known as “The World’s Strongest Man” and his Wiki makes mentions to the fact that at a young age he could bench well over 300 lbs, which led our original Baki Workout Routine to include weight training as well.

But, considering Tokita Ohma is a bit different I do think that we can actually train more similarly to our Baki Calisthenics Workout!

Don’t worry, though, the volume and training methods will have you wishing I added weights!

We’re going to be following the same structure as we did for Baki’s Calisthenics workout with a PPL type split for our calisthenics work and then 3 days devoted to HIIT for endurance and intensity with some core finishers.

Tuesday: HIIT Workout A and Core A

Thursday: HIIT Workout B and Core B

Tokita Ohma Workout Routine: HIIT Workout A and Core A

Tokita Ohma Workout Routine: HIIT Workout B and Core B