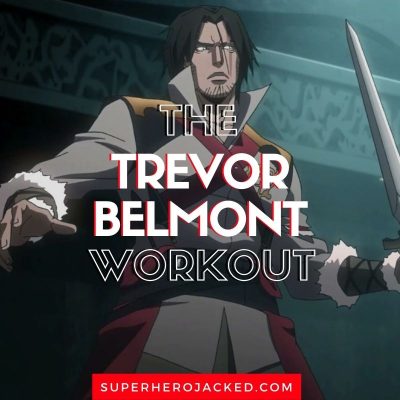 Is it crazy we haven’t had Castlevania hit SHJ at all?

I sure think so.

Granted we have seen our fair share of vampires, vampire hunters, and even a Dracula Inspired Workout Routine; none have specifically been from Castlevania.

AND, the craziest part about it is that I recently promised The SHJ Army that I would be sharing a MEGA listicle of the TWENTY FIVE different anime series we’ve seen here at SHJ now (all currently compiled right in our Anime Workouts Database within our full Workout Database); and none have been Castlevania!

But the time has come, and I thought it would be best to bring in Trevor Belmont before we even make that mega listicle, so here we are!

Belmont’s height and weight are listed in ranges based on a couple different appearances.

But for the most part they’re not far off each other. 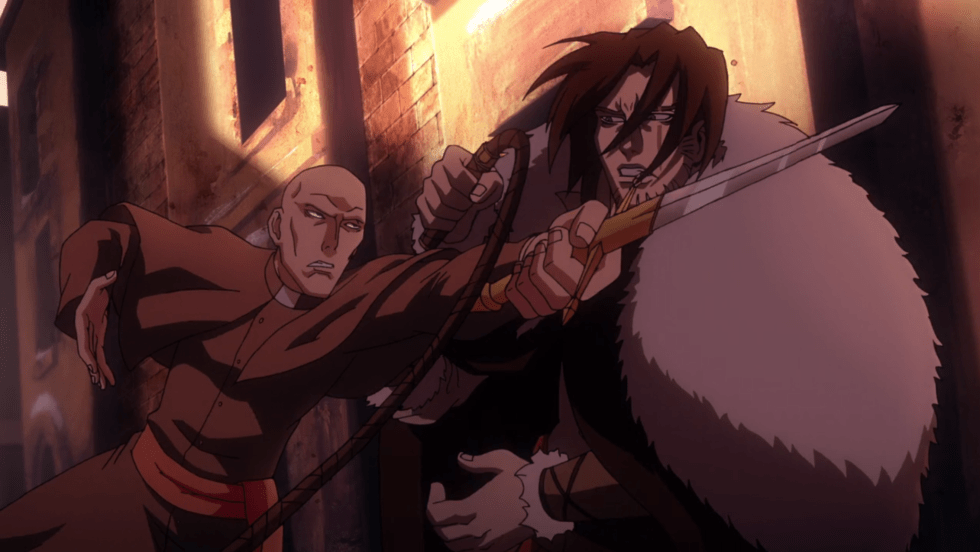 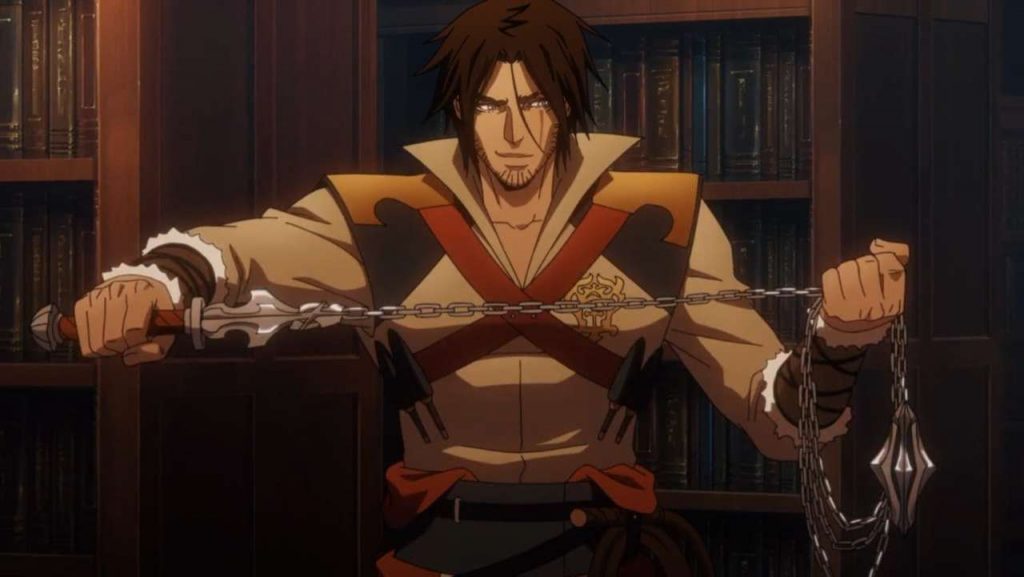 For this one I want to get us started with some information using multiple different Wiki Fandom sections to draw from.

Trevor C. Belmont (known as Ralph C. Belmondo in Japanese) is the main protagonist of Castlevania III: Dracula’s Curse and its Netflix animated series. He also appears in Castlevania: Curse of Darkness and its comic adaptation as a supporting character.

He is a descendant of Leon, and was feared by the populace because of his powers. Therefore, the Belmont Clan lived outside of society.

This same Wiki Fandom goes on to explain some more of his history that, although quick, I still think is a good depiction of who we’re working with:

Trevor is Leon’s descendant (with or without Sonia) and the first Belmont to succeed in killing Dracula. When Trevor was young, he went into exile as the people feared the Belmont Clan’s powers.

But when Dracula strikes, Trevor takes up the Vampire Killer whip that was passed down through his ancestors, and travels around Wallachia to save the land and win the people’s trust. It works, and the Belmonts are no longer feared. He also gets to marry one of his allies, Sypha Belnades.

He gets to reappear in Curse of Darkness as an uneasy ally for Hector. He ends up getting wounded by Isaac, but survives the overall ordeal. Unfortunately, he loses his headband in the process.

And if we jump over to the Castlevania Wiki Fandom we get a HUGE blow of text about his powers and abilities.

To be clear though: Trevor Belmont is a mortal man.

They will state this a couple times in the description of his abilities.  That being said, he is still phenomenally strong in so many different aspects, which is why I’m leaving the block below with very little cuts to the intro abilities.

We have A LOT to work with here.

The knowledge of monsters, education and military experience you’ll have to work with on your own, but we’re going to do our best to take on the rest (or at least prepare for it).

They start right off the bat by stating: “Trevor is an exceptional warrior in peak physical condition and possesses “reflexes like a cat”.”, which is going to be our main focus.

We need to get ourselves into peak physical condition as well, and then we can focus in on mixed martial arts and weapons training on top of that as needed.

But, with peak physical conditioning we’ll also be working on “Endurance and pain resistance” with plenty of high intensity and cardio based training to step into Belmonts shoes as well.

So get ready for a little bit of everything, and a lot of overall volume.

Bent Over Rows with Barbell

For HIIT Training you’re going to have a few options.  I’m going to share two different resources and you’re going to choose to utilize one on each one of your HIIT days.  This will allow you to constantly switch up your routine and never get bored.

For your endurance training the easiest will LIKELY be running/walking on a scale based on your activity level, but you also have the option to sub in rowing, swimming, and even biking.

Rowing and swimming you can scale down the distance for, but biking you should DOUBLE comparatively to the running scale.