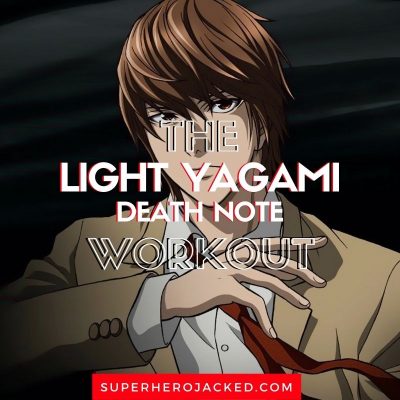 I have been putting this one off for a while and now The SHJ Army isn’t going to let me any longer.

They want a Light Yagami workout as soon as possible!

Considering Light Yagami doesn’t have a super muscular aesthetic or any powers that we’re used to seeing within our Anime Workouts Database we’re going to mainly be looking to form this one around a cosplay oriented training.

That being said, I understand that Light Yagami absolutely deserves a spot at SHJ and is joining a TON of other incredible shows, and actually enabling us to share his routine in some awesome listicles we would have otherwise had nothing to share when Death Note is mentioned.

We have some anime that don’t give us any height and weight, and then others that are super precise like Death Note.

Light Yagami’s stature is extremely “light” with his not even 120 lbs at nearly 6 ft. tall! 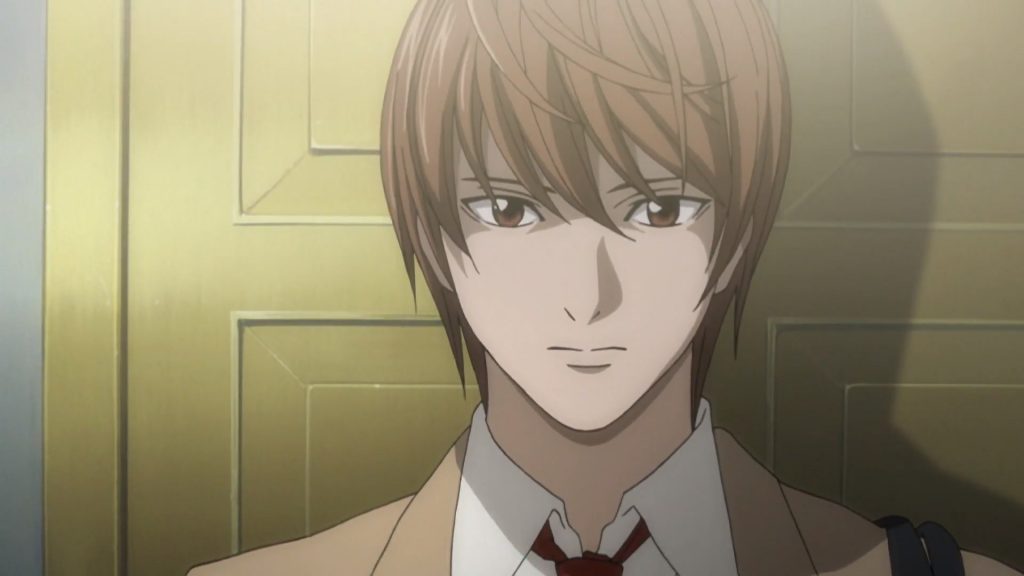 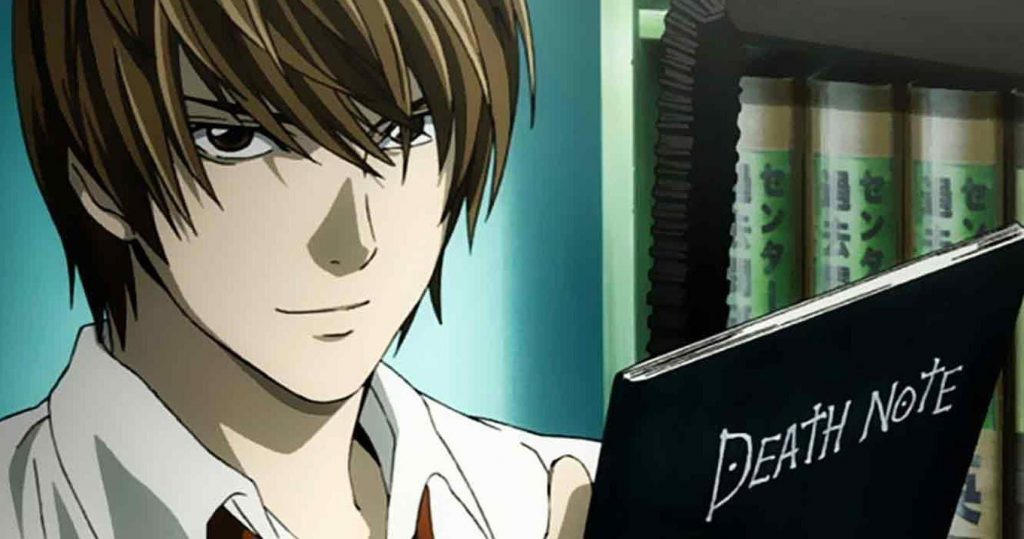 As I mentioned above: we’re going to mainly be building this one around a cosplay designed workout, which also means that it will be easy to work around beginners looking to lose weight and have a slim and toned physique like Light Yagami; but that doesn’t mean we won’t be going through background information!

To start us off I’ll be pulling right from his Wiki Fandom page for a brief bio before we get into some extra information:

Light Yagami (夜神月, Yagami Raito) is the main protagonist of the Death Note series. After discovering the Death Note, he decides to use it to rid the world of criminals. His killings are eventually labelled by people of Japan as the work of “Kira.”

As for his appearance, as you can tell by the images I chose for this one, and which are relevant for anyone looking to cosplay as him – here’s what they tell us:

Light is a young man, standing at above average height with light-brown hair and brown eyes. During Part I, when not wearing his school uniform, which consists of a tan suit and red tie, he dresses fairly casually, sometimes sporting a dress shirt underneath a jacket or a V-neck sweater with a collared t-shirt underneath. During Part II, if not wearing a similar style of clothes, he is seen wearing a suit.

He is considered to be quite handsome, a trait noted by Misa Amane and Kiyomi Takada, among others.

Now, Light Yagami may not have the typical physique we’re used to seeing and he may not have the powers that many of the characters we have in our Workout Database have, but that doesn’t mean he isn’t extremely talented.

Light Yagami is a hardworking, genius and extremely talented.

Compare him to some of our Marvel and DC superheroes that use their brain power to lead their way as superheroes.

That being said, this is Superhero Jacked, so instead of hitting the books we’re still going to be focusing in on training.

Before we jump into the routine, though, I do want to wrap up Yagami’s background information for anyone really new to his character to explain just who he is a bit more:

In the year 2003 (2006 in the anime), Light Yagami discovers a mysterious notebook on the ground at his school. Written on the cover are the words “Death Note”. The Death Note’s instructions state that if a human’s name is written within it, that person shall die. Light is initially skeptical of the notebook’s authenticity, but after experimenting with it, Light realizes that the Death Note is real.

After putting much thought into whether or not he should continue using the notebook, he ascertains that no one else will be able to bear the burden of improving the world. Light then meets the previous owner of the Death Note, a Shinigami named Ryuk. He explains his reasons for dropping the Death Note in the Human World, and when it is Light’s time to die, he will be the one to write Light’s name in his notebook. Light then tells him of his goal of getting rid of all the evil people in the world, and ruling over it as God.

Light’s killings reach a monumental scale, attracting the attention of the master detective known as L. The first conflict between Light and L happens over the television, beginning with the broadcast of Lind L. Tailor. L places Tailor as a decoy on television in order to trick Light, with the network stating that the broadcast is worldwide.

So when I said instead of hitting the books, it was kind of a double meaning if we include the hidden pun.

For this one we’re going to be keeping it super simple with calisthenics and cardio, and as I mentioned before I’ll be building it with beginners in mind.

You’re going to have an extremely basic calisthenics workout to complete based on your overall experience level with training, and also a couple of days of cardio that can be done in a bunch of optional formats.  We don’t have any powers to mimic here, but we are looking to tone up a bit while losing weight to be able to cosplay as Light Yagami.

It can also be noted that JUST doing cardio and dieting would also get you to a super slim aesthetic like Light, but I prefer to give you some calisthenics for toning as well.

The reps of which you are going to be doing each of your calisthenics movements will be based on your experience level with training/exercise overall.

For example, I’ll give you 3 different total rep counts for each movement which will be for Beginner, Intermediate and Advanced Training Levels.

It is your job to complete all of the given reps using any amount of sets, supersets, or even circuit style training as you’d like.

Intermediate: 40-50 (depending on scaling)

I’m going to share other resources you can do for this section of training below, but to begin we’ll be following a similar structure to that of the calisthenics.

This can be done walking and running on and off, or even just one or the other to get started.

You can also substitute biking, rowing, swimming or elliptical training; but if you opt for the bike then do triple the required distances.