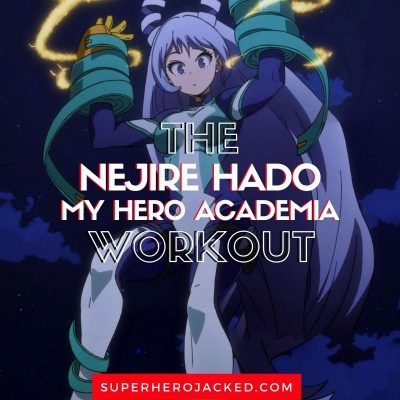 Nejire Hado is the one and only female in U.A.’s Big 3, and she is extremely powerful (if that wasn’t obvious).

Pulling inspiration from her character to build out a workout routine is giving us a great addition to both our new My Hero Academia Inspired Workouts Database and our larger Anime Workouts Database.

Her powers and abilities (Quirk) aren’t necessarily the greatest to build a routine around, BUT she’s actually the most powerful of The Big 3, and we can also choose to build the routine around more of a cosplay style if we feel fit within the research section.

Nejire Hado is right around average height among both female characters and celebrities we’ve seen at SHJ.

And although they don’t list a weight for her character, she also sports a lean and toned physique 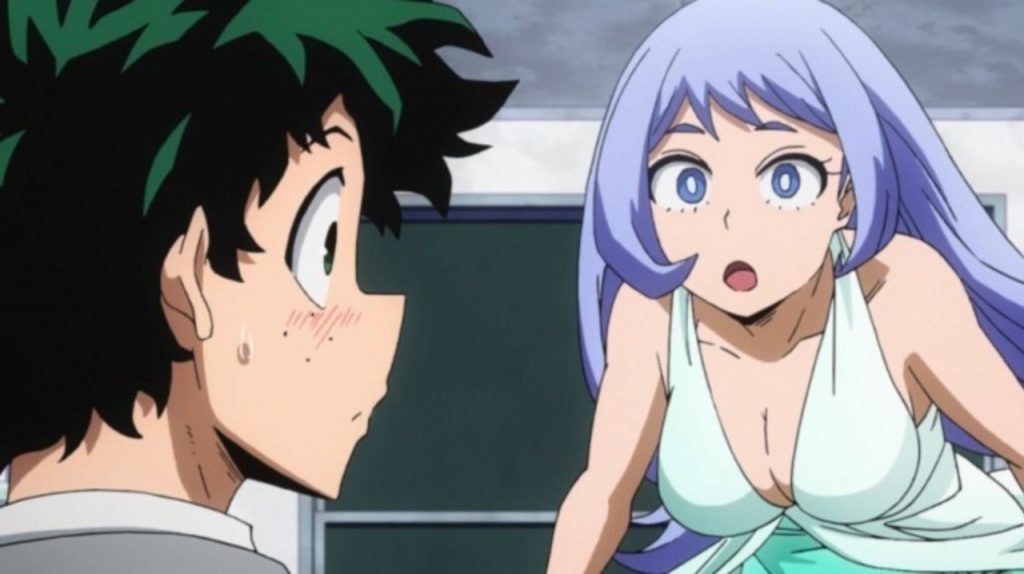 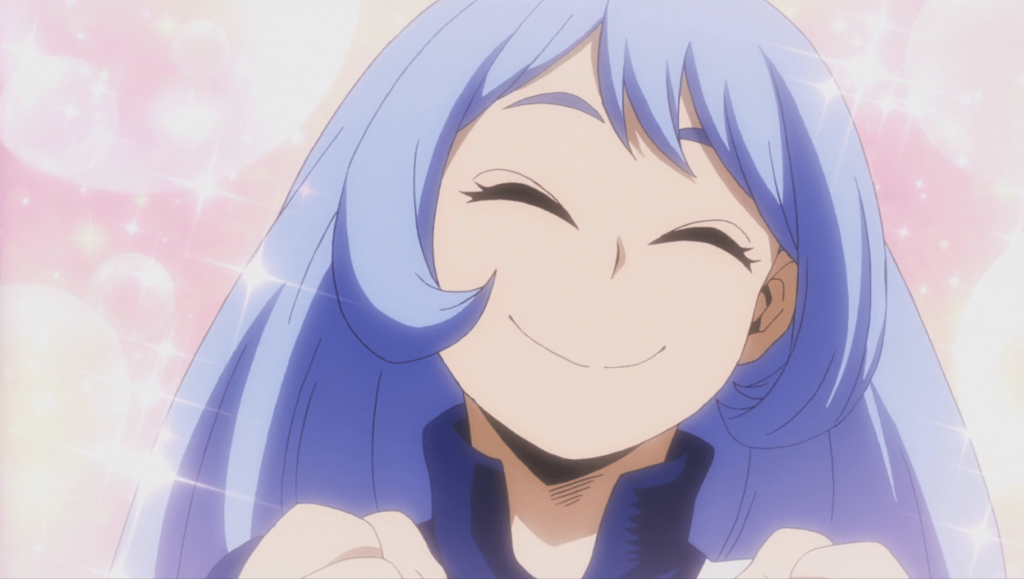 Like many of our other My Hero Academia characters we’ve seen, Nejire Hado’s Wiki Fandom doesn’t give her much of a starting biography.

Either way, though (like our other characters), we’ll be starting there and pulling more information as we need:

Nejire Hado, also known as Nejire Chan, is a student in Class 3-A at U.A. High School and is part of The Big 3.

So, basically all information we already knew, but potentially important to repeat for new MHA fans.

To help us out with routine research I also want to share some of the information they give for her “appearance” section on her Wiki considering we may not be able to build a workout around her powers alone and may need to take into account her overall aesthetic from more of a cosplay oriented training regime:

Nejire is a fair-skinned girl of average height with wide, curious eyes. Her upper eyelashes are long and thick, and her irises are a royal blue. Her hair is periwinkle, and it reaches all the way down to her knees, twisting around itself at her waist and curving inwards around her legs. She has side-swept bangs, tucked behind her ears on the right and hanging just over her eyes on the left, and two short clumps of hair on either side of her face, curved towards her face on the right and behind it, under her ear, on the left. According to the boys at U.A. and Yuyu Haya, Nejire is more of the “cute kind” than the “sexy kind.”

It doesn’t tell us that much about her physique, actually, BUT, Nejire Hado is a petite student and trains vigorously to be the most powerful at U.A.

Here’s what they tell us about her overall abilities and powers:

Overall Abilities: Nejire is one of U.A. High School’s most powerful students alongside Mirio and Tamaki, who are all collectively known as The Big 3. Like the rest of the Big 3, Nejire’s abilities can rival or even surpass that of most Pro Heroes.

She has shown on multiple occasions to have great mastery over her powerful and versatile Quirk, Wave Motion. Despite Wave Motion’s lack of speed, Nejire utilizes the energy surges to boost her own mobility. By doing so, she can quickly close the gap between her and the target before unleashing blast waves at close range. The waves have proven to be very effective against large enemies who also lack speed. Nejire can control how much energy she wants to output and can release it from her palms and her feet. By releasing small amounts under her feet, Nejire can levitate herself with fine control. She can defend herself and use the waves to attack from long range. A combination of the aforementioned applications is effective for Nejire controlling a battlefield and keeping her distance.

With that, they also make mention to two specific abilities Hado needs to be so strong with her Quirk:

And to finish off our research into Nejire Hado and her powers and abilities that will help us out building a workout around her character, we also obviously need to discuss her Quirk: Wave Motion.

Here’s how her Wiki Fandom breaks it down for us:

Wave Motion: Nejire’s Quirk grants her the ability to convert her own vitality into energy and release it in the form of exceptionally powerful spiral shockwaves. Since the energy travels in a spiral, it’s not very fast. Overusing this Quirk will cause Nejire to suffer from great exhaustion, due to it using her own stamina as a power source.

Nejire can release the shockwaves from her hands as an offensive blast. She can also release the energy from her feet to increase her mobility and allow herself to fly.

Not exactly something we can build a routine around, BUT they make another mention to the fact that she needs to use her own stamina.

For this one we’re going to be utilizing some basic calisthenics, but mainly prioritizing endurance training, a day of hero training, and some core building to get into Nejire Hado shape.

Nejire Hado is a member of The Big 3, and the most powerful student at U.A. High School.  She trains endlessly to build stamina and control for her Quirk.  We’re going to be training using 3 days of endurance training, core and some light calisthenics, one day of hero training, and one day of high intensity interval training.

Inch Worm to Push Up