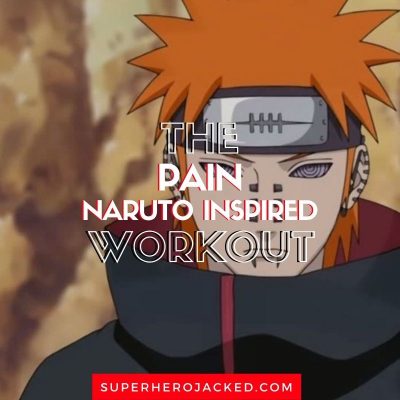 We already have our Naruto Inspired Workouts within their own Naruto Mini-Workout Database, but we’re missing A LOT of awesome characters.

Which is why in the coming weeks we’ll slowly start chipping away at them!

This week we’re going to be drawing inspiration from Pain and Obito Uchiha.  Both characters are incredibly strong and also some of the most popular.

That makes them great initial candidates considering they’ll also easily make some of our top listicles when we go to run through some Naruto characters later on.

Either way, our Anime Workouts Database already has a ton of Naruto Inspired Workouts, but will love having more.

Pain’s 5’7 actually isn’t all that short when compared to other anime male characters we’ve seen; but his 88 lbs. makes him on the lighter side.

But what he lacks in weight doesn’t change anything about his enormous power level. 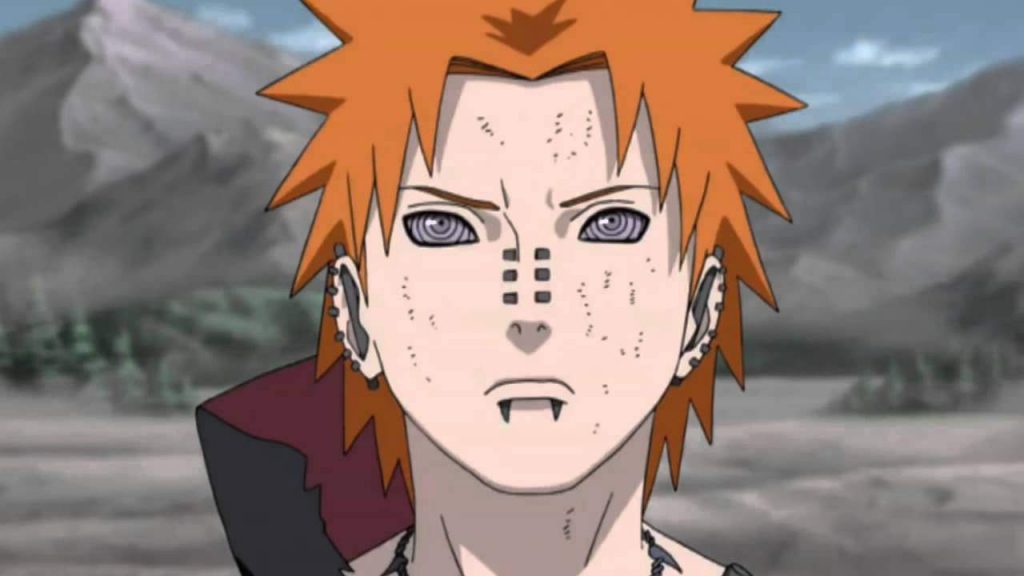 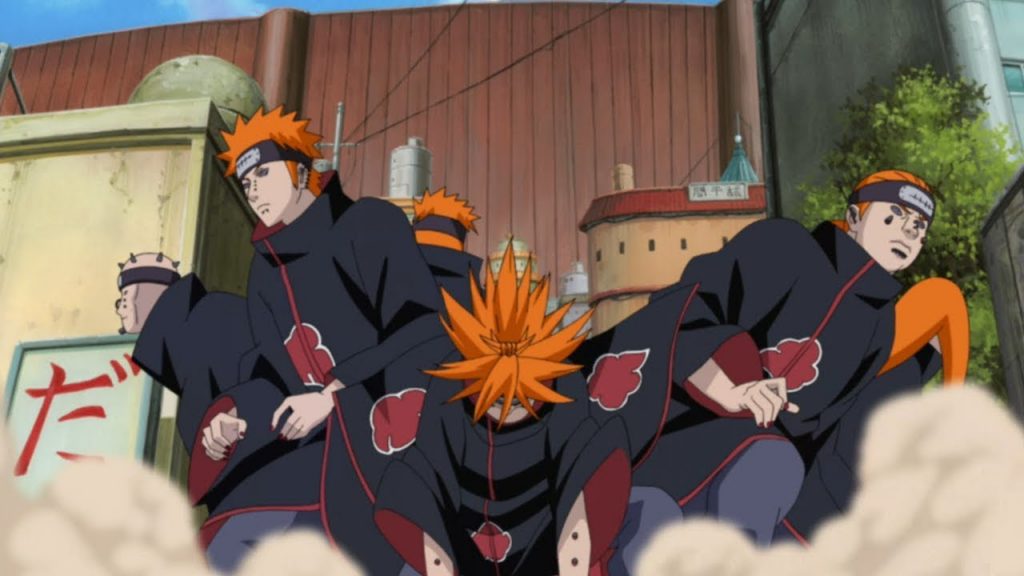 To get us started we’re going to be pulling right from Nagato (Pain)’s Wiki Fandom page to talk about what they give us for his bio:

Nagato was a shinobi of Amegakure and descendant of the Uzumaki clan. Forming Akatsuki alongside his friends (and fellow war orphans) Yahiko and Konan, Nagato dreamed of bringing peace to the violent shinobi world. However, following Yahiko’s death, Nagato adopted the alias of Pain and, along with Konan, began leading a new Akatsuki — one that would force the world into peace using any means necessary.

Pain’s motivation to complete his mission brought about a power level that was overwhelming.

Here’s what they tell us about his overall powers and abilities:

Nagato’s position as the leader of Akatsuki was well-deserved, being regarded as its most powerful member. Despite his fragile state and damaged legs, Kabuto Yakushi regarded Nagato as his second most powerful reincarnated shinobi, second only to an enhanced Madara Uchiha. Upon restoring and rejuvenating his body using the Tailed Beast chakra he absorbed from B, he simultaneously overwhelmed and immobilised the Eight and Nine-Tails jinchūriki with ease although his legs remained weakened. Despite his effectiveness being reduced due to Kabuto Yakushi’s direct control, it still required a combined effort of Naruto, Killer B, and Itachi Uchiha to defeat and seal him. As Pain, he was regarded as unbeatable by various individuals, and his strength allowed him to defeat and kill Hanzō, though Hanzō’s skills had long since diminished. He was also able to defeat Jiraiya, his former teacher, though he notes that he may have lost if Jiraiya knew his true identity. Not only that, he could face the entire village of Konohagakure and destroy it single handily, only losing one of his Paths in the various battles with Konoha ninja. Before he faced Naruto, Nagato had never lost a single battle.

From there they also go on to talk about his physical prowess and how incredibly fast he was.

They also talk about his incredibly powerful chakra as well and then move into his ninjitsu:

During his training with Jiraiya, Nagato mastered every technique he was taught, covering numerous styles, all of the basic nature transformations, and Yang Release, accomplishments extremely rare even for adults, let alone ten year-olds. Many of the miscellaneous techniques he was seen performing were used to facilitate Akatsuki’s meetings, such as allowing members to meet astrally across great distances, protecting the site of their meetings, and distracting opposing forces. One of the more noteworthy exceptions to this was the Rain Tiger at Will Technique, which allowed him to use rainfall to monitor everyone moving within Amegakure.

The thing to focus in on here is his training.

That’s one consistent theme in anime like Naruto, and that’s something we’ll be replicating with this routine we build.

Get ready for weight training, high intensity interval training, and a lot of volume.

To train like Pain we’re going to be using a 3 day weight training split with 2 days of high intensity interval training, and then resources for parkour, endurance work and mixed martial arts that are there for you to add on as needed.

B. Bent Over Dumbbell Rows