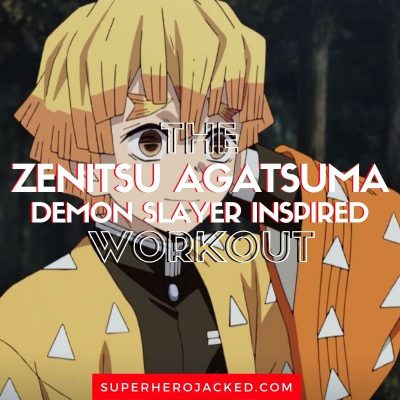 We’re jumping back into some more Demon Slayer Inspired Workouts.

We saw Mitsuri Kanroji recently and added her to our growing list of Demon Slayer characters, but now it’s time to get some awesome listicles about the most powerful and popular characters!

Oh, and I’m also dying to be able to have our own Demon Slayer mini-database within our Anime Workouts Database which we’ve been able to do for a handful of other shows like DBZ, MHA, Naruto, Jujutsu Kaisen and even ATLA.

Zenitsu brings us only about two workouts away from hitting that ten mark and being able to warrant the database and even some listicles on the way!

Zenitsu is very short, and also quite light. 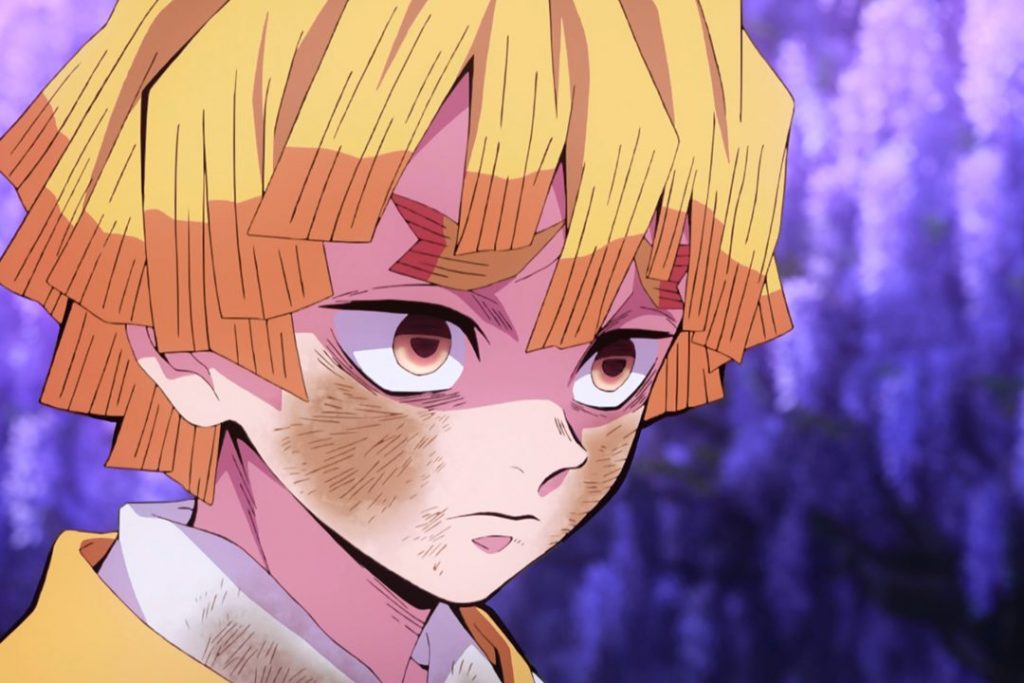 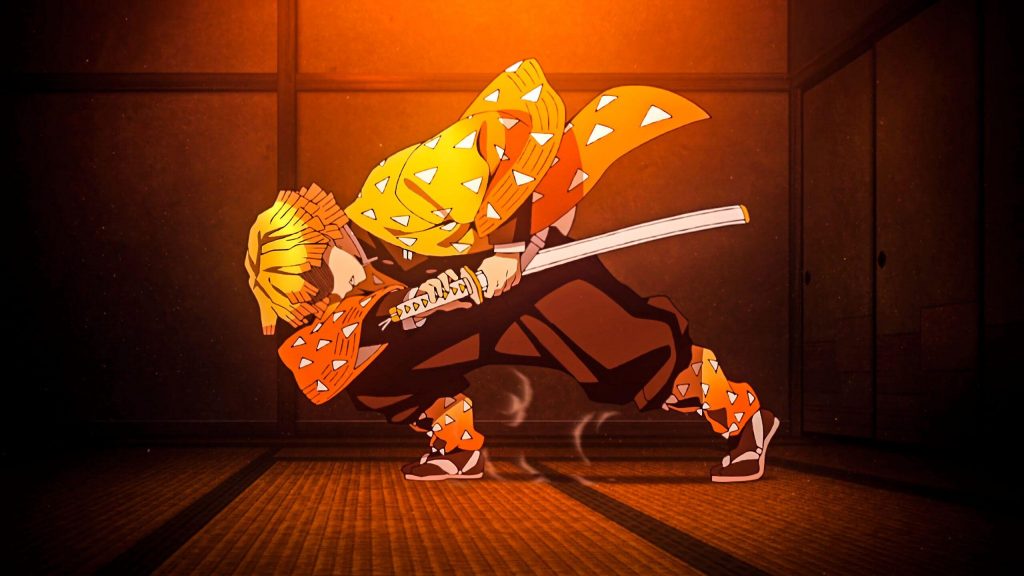 To get us started we’re going to be pulling right from Zenitsu Agatsuma’s Wiki Fandom page.

They start us off with:

Zenitsu Agatsuma is one of the main protagonists of Demon Slayer: Kimetsu no Yaiba and along with Inosuke Hashibira, a travelling companion of Tanjiro Kamado and Nezuko Kamado. He is also a Demon Slayer in the Demon Slayer Corps.

Zenitsu is kind of like Samwise Gamgee from Lord of The Rings.

Although I’m not necessarily calling Samwise a coward, I just happen to see similarities between the two.

Here’s how his Wiki initially describes his personality:

Zenitsu comes off as a coward, as he often claims that he doesn’t have long to live due to the dangerous job of being a Demon Slayer. He also has rather low self-esteem despite his strength, even considering himself useless as seen when he couldn’t believe he had slain a Demon and tricked himself into instead believing that it was Shoichi, even though the latter was a young child who didn’t possess any form of special Demon-slaying ability. Zenitsu is in a constant state of fear and always cries and tries to run away at the sight of danger, claiming he wants to live a modest, normal life, instead of that of a Demon Slayer.

But, even though it seems like he is…Zenitsu is still actually quite strong.

Here’s how they describe his powers and abilities:

Enhanced Strength: Zenitsu has attained amazing physical strength though years of harsh training. Zenitsu can hold down Inosuke Hashibira with his bare hands and swing his sword in rapid succession at speeds faster than the eye can see without fail.

Immense Speed & Reflexes: Zenitsu is one of the fastest beings in the series. Even at the start of the series, his speed could easily evade the attacks and senses of several demons such as the Tongue Demon and Spider Demon (Son). As he progresses, his speed was enhanced to the point that his movements couldn’t be comprehended and perceived by Upper Rank Demons, like Daki who harbors extrasensory perception, and Kaigaku, a user of the same breath style. Perhaps his biggest feat was when he could outmaneuver a weakened Muzan Kibutsuji and deal extremely significant amount of damage to him. While fighting the Spider Demon (Son), he was able to maneuver mid-air to dodge his poison attack. He is able to contest Daki’s extrasensory perception and dodge her sash attacks which basically have no blind spot.

Immense Stamina & Endurance: Zenitsu has incredible stamina and endurance, complementing his immense speed. During the Sunrise Countdown Arc, he lasted around half an hour exerting himself to the fullest without tiring out in his battle against Muzan Kibutsuji, despite sustaining multiple deep wounds and injuries in his previous battle.

They also talk about the fact that he has heightened senses as a Demon Slayer and is a master swordsman, which are two thing we’ll be keeping in mind while building out a workout as well.

For this one we’re going to mainly focusing in on his strength, speed, and endurance.

He isn’t the strongest Demon Slayer character out there, but he is strong enough to warrant a decent amoung of volume and difficulty, so be ready!

Zenitsu isn’t as strong as some of the other characters we’ve seen recently so instead of forcing a 3-5 day split we’ll be working around a 4 days split of a mix of calisthenics, cardio, core and some mini-circuits.

Wednesday: Optional Training with Resources for Parkour and MMA