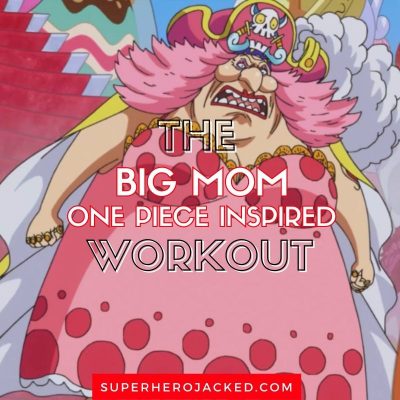 We can’t have all of our One Piece Inspired Workouts without Big Mom!

One of the biggest and strongest surely needs to make the list.

We even recently saw our list of The Most Powerful Female Anime Characters of All Time and Big Mom deserved her spot there as well.

This workout will definitely be based around an overall stature that we’re not exactly seeing from woman here at SHJ – but the routine itself is something we have ladies in The SHJ Army looking for at times!

Big Mom’s place in The Anime Workouts Database is definitely something that is warranted and her style of routine will be a nice way to diversify us a bit.

While her height comes in towering above any female character we’ve ever seen – and likely any we will – fans can only guess at a weight around 3-4 tons. 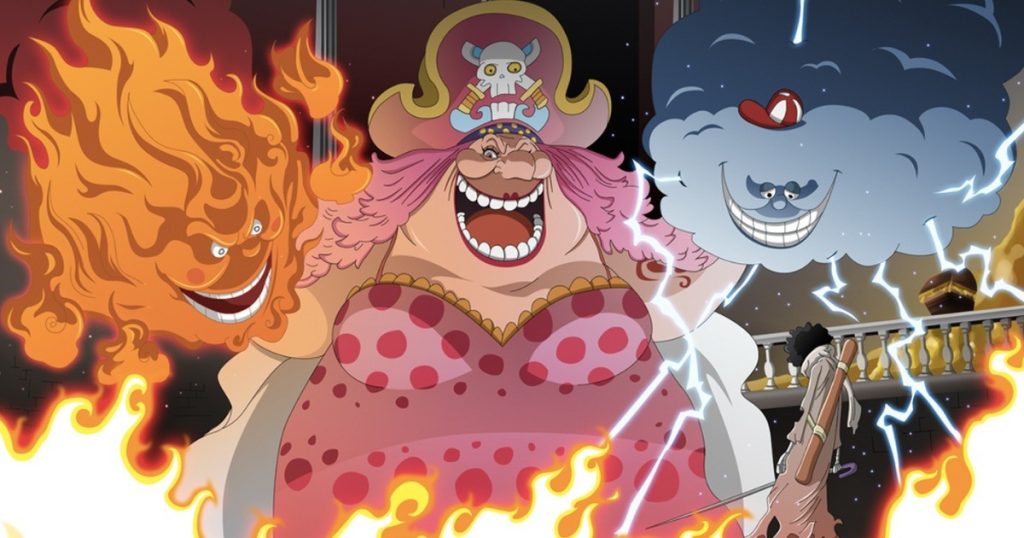 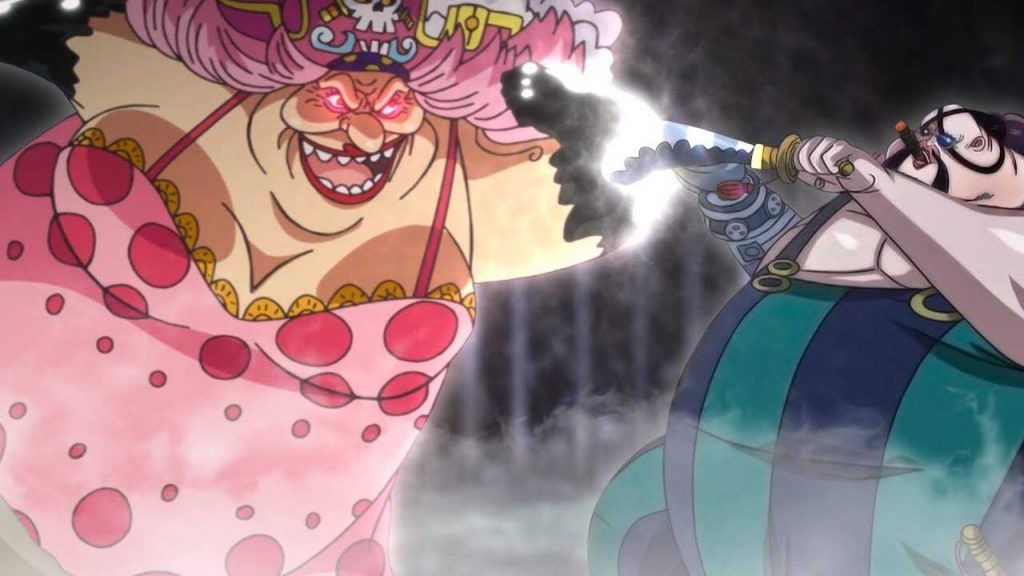 To get us started we’re going to be pulling right from Big Mom’s Wiki Fandom page to talk about just how powerful and strong she is.

We already know she’s absolutely humongous, but now we need to learn a bit of background information and a bit more about her overall power level.

Charlotte Linlin, better known as Big Mom, is the captain of the Big Mom Pirates and one of the Four Emperors ruling over the New World, as the only female member. She is the matriarch of the very large Charlotte Family, whose many children make up the infrastructure of her crew.

To give a bit more background they also go on to say:

She also rules over Totto Land as its queen, seeking to form it into a utopia where all the world’s races can live together in peace without discrimination or segregation. In her childhood, Linlin was raised in the Sheep’s House under Carmel, whose Devil Fruit power she eventually inherited, before co-founding her own pirate crew with Streusen following Carmel’s death.

Which then leads us right into her powers and abilities, which they break down thoroughly.

Prior to her physical abilities and Devil Fruit, they break down her overall power as a leader like this:

As one of the Four Emperors, Big Mom is one of the four most powerful pirates in the world. As the only female member, this effectively makes Big Mom the single most powerful female pirate in the world. The Five Elders have stated that she is one of the few people capable of stopping Blackbeard. When her fellow Emperor Kaido, known as the strongest creature in the world, threatened to kill her if she came to his territory, Big Mom simply invited him to try and said he would not be able to dissuade her. Even the Straw Hat Pirates recognize that she could crush them quickly and easily if they fought her recklessly.

We’ll start with her Devil Fruit powers before going into the meat and potatoes of her physical abilities that will really make up the most important part of our research.

Her Devil Fruit power is broken down as such:

After the death of its previous owner, Carmel, Linlin acquired the powers of the Soru Soru no Mi, a Paramecia-type Devil Fruit that allows her to manifest peoples’ souls as an ethereal substance that she can grab hold of, so long as the intended victim feels fear. She can then steal the soul from the victim, taking away their lifespan by an amount of her choosing. She can take a person’s entire remaining lifespan, thus killing them instantly, or she can just take part of that persons remaining lifespan, leaving their lifespan that much shorter. However, this ability has no effect on those who do not feel fear, as shown when Big Mom was unable to take away Jinbe’s lifespan because he was not afraid of her.

So the power she has as a leader and her Devil Fruit won’t exactly be playing much of a factor in the routine we build, BUT her physical abilities and overall stature are more than enough to go off of.

Big Mom has immense superhuman physical strength, demonstrated by her ability to climb tall buildings despite her massive size, throw punches with tremendous destructive power, and hurl Prometheus with extreme force using only a single arm. She was already born with her unnatural strength, as seen when she killed a large bear instantly with a single smack, merely intending to scold the animal, as well as broke several of a giant’s bones by trying to slap a mosquito on their back, all when she was just 5 years old. When suffering from her cravings, she could destroy a village in Elbaf and defeat several armed giants without a single scratch, being described by Jorul as an “evil god in the form of a child”. She was strong enough to not only break Jorul’s sword with her fist when he tried to attack her, but also grab the giant’s beard, flip him over her shoulder, and smash him into the ground with enough force to mortally wound him. Carmel believed she had the potential to become an Admiral or Fleet Admiral of the Marines.

They also go on to make mention to her superhuman durability, metabolism (that has even put her in a more slim state and therefore made her more agile), and even her shriek.

For the sake of the routine we’ll be focusing in on superhuman physical strength.

If you couldn’t have guessed that from the beginning: now you know.

Be ready for a heavy powerlifting style of training!

For this one we’re going to be powerlifting with a 3 day split. We have had a couple other powerlifting oriented workouts for women on the site thus far, but none that really dove right in like this one is going to. For that reason I want to start slightly beginner oriented while focusing on these big lifts and building big strength.

If you’d like to add in another day or two of training you can do so by utilizing some of the additional resources I provide at the end of the routine or even by tacking on an extra full body day devoted to accessory work you feel you need to be utilizing. The key is to make sure you are getting plenty of rest between each training session to prioritize growth and recovery.