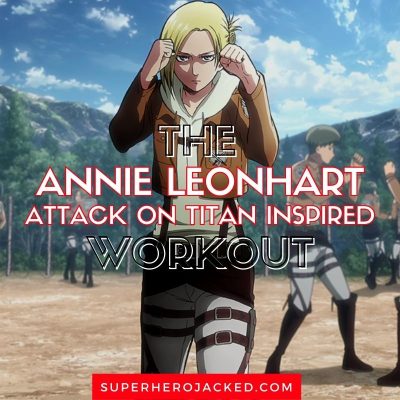 We’re ready for an Attack on Titan spree.

Our Anime Workouts Database is in need of more Attack on Titan love, and The SHJ Army and The Academy members agree.

Which is also fun because that means we’ll be able to get some awesome listicles for AOT as well!

It also means we can get a jump start into our Attack on Titan Inspired Workout Database the same way we’ve been able to with our other favorite anime.

We’ve already seen fan favorites like Levi, Mikasa and Eren, but now I’m excited to be able to jump into a lot of the other awesome characters the show has to offer.

Her 5′ beings her in as one of the shortest female characters we’ve seen on the site – but she definitely packs a punch behind her five feet and 119 pounds! 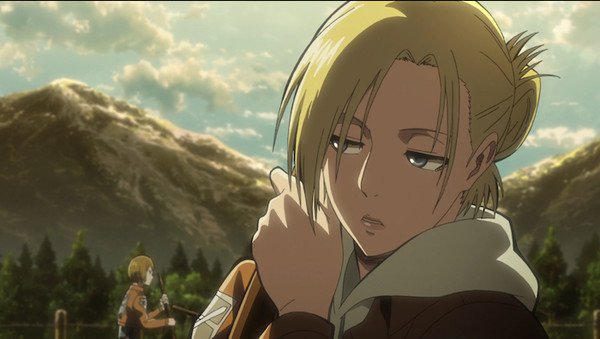 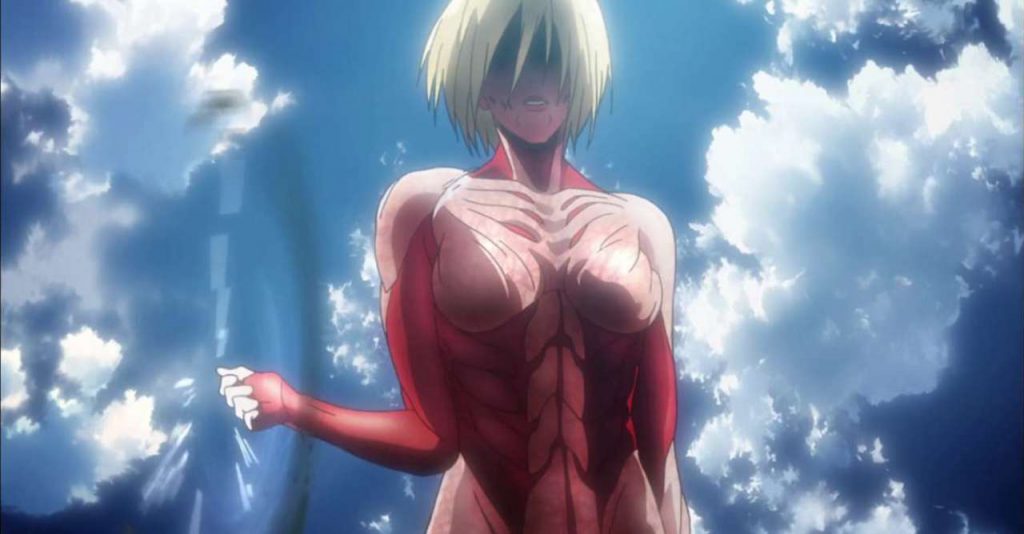 To get us started with our research on Annie Leonhart we’re going to be pulling right from the Attack on Titan Wiki Fandom, which starts off her bio section with this:

Annie Leonhart is a graduate of the 104th Training Corps and former member of the Military Police Brigade. Her exceptional skills with swords and unarmed combat earned her the 4th rank, but she is also noted to be a lone wolf who struggles to work with others.

She possessed the ability to transform into a Titan known as the Female Titan. Trained from an early age by her father, she is selected as one of Marley’s Warriors. In the year 845, she is sent on a mission to retrieve the Founding Titan, along with fellow Warriors Reiner Braun, Bertolt Hoover, and Marcel Galliard. As the Female Titan, she serves as a major antagonist prior to her defeat, at which point she crystallizes herself and is left in a comatose state. She was held underground in the custody of the Survey Corps for approximately four years before escaping during a battle between the Military, the Yeagerists, and the forces of Marley.

When we move into her powers and abilities section we’ll begin to learn a bit more about why she’s one of the next big characters to make it into our Attack on Titan Inspired Workouts category.

Here’s how her Wiki Fandom breaks down her abilities:

Out of the 104th Training Corps members, Annie is one of the strongest fighters, along with Mikasa and Eren. She was ranked as one of the top 5 trainees (achieving the 4th position), meaning a degree of skill in several military combat forms. Although she is ranked 4th, she is usually portrayed as being on par with Mikasa in combat. Her being placed lower was likely due to a combination of her slacking off and not taking things seriously, as well as her nightly reconnaissance work as part of the Paradis Island Operation. Despite her impressive abilities, she appeared to be outmatched by Kenny Ackerman: not only did he manage to get behind her without her noticing, but he was also able to dodge her kick with apparent ease. The fact that Annie immediately chose to retreat into the sewers is further proof that she was unsure of a victory against him.

We will mainly be focusing on her Survey Corps side of military training, but a full character background and breakdown is definitely warranted.

Like her Marleyan comrades Bertolt, Marcel and Reiner, Annie is capable of transforming into a Titan, referred to as the Female Titan. Her Titan form is 14 meters, the third shortest, being rivaled by the Cart Titan who is 4 meters and the Jaw Titan who is 5 meters. As the Female Titan, Annie is easily able to overpower veteran Survey Corps members, and wipe out several squads in Erwin’s specialized scouting formations. Annie acquired her Titan powers while she was a Warrior candidate in Marley and was trained with using them by the military of Marley and by her father. During the 57th Expedition Outside the Walls of the Survey Corps, she was far more experienced in using her Titan form compared to Eren, who had only discovered his Titan powers recently. She is one of the more skilled of the Nine Titans, sporting a variety of presumably learned powers and special abilities, some of them not exhibited by any others with Titan power. The Marleyan officials noted during Annie’s training that she exceeded all of their expectations.

While Annie’s Female Titan form does also bring her high mobility, endurance, durability and obviously a new level of strength – we’re going to be mainly focusing in on her speed, power, agility, and Survey Corps abilities.

For this we’ll be utilizing tactics from our Assassin Calisthenics 90 Day System here at SHJ that has literally been used to help train new U.S. Marines.

That means we’re sticking to calisthenics, circuits, core work and endurance training for this one!

Get ready for some volume.