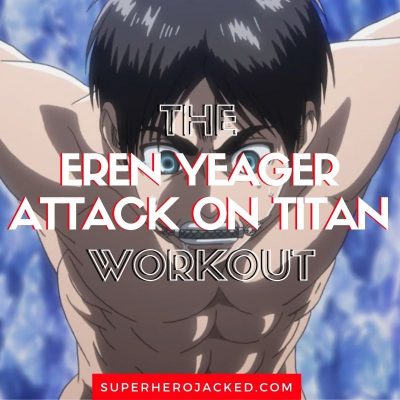 We recently saw Levi Ackerman’s Workout here at SHJ after not having an Attack on Titan themed workout since our Mikasa Ackerman Workout quite a while ago.

Well, it exploded and you guys LOVED it.

So now we’re back adding Eren Yeager’s Workout Routine to our Anime Inspired Workouts section of our Workout Database being that you guys flooded the request form asking for it.

Eren is the main protagonist in Attack on Titan, but I thought it was fitting to start us off with the Ackerman’s based on the fact that they’re widely regarded as the greatest soldiers in the show.

That being said, now I agree, it’s time we gave Eren his spot here at SHJ.

If you haven’t watched Attack on Titan or you’re a bit behind, well then you’re in for a surprise regarding Eren and his abilities…

Eren is quite short, but his height doesn’t come as a surprised when compared to other anime characters.

He is also quite lightweight, but in turn shown as having shredded abs (as seen above). 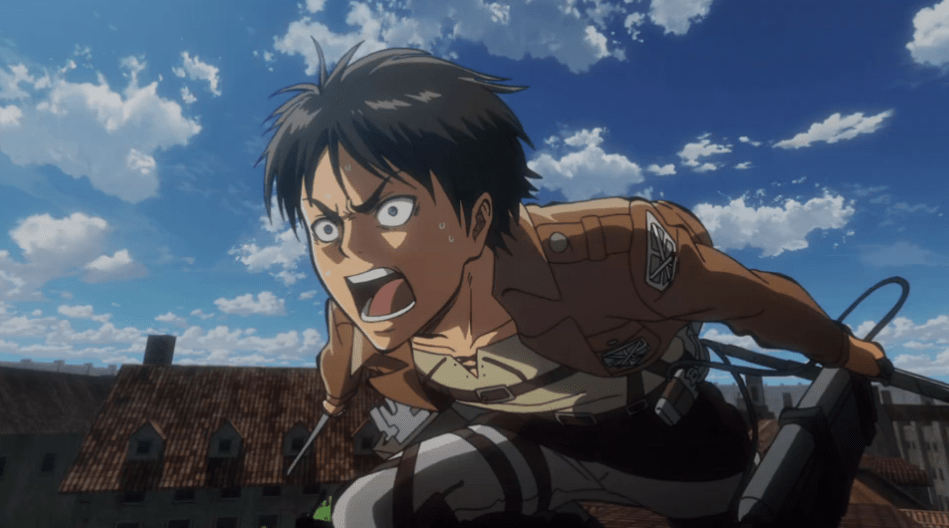 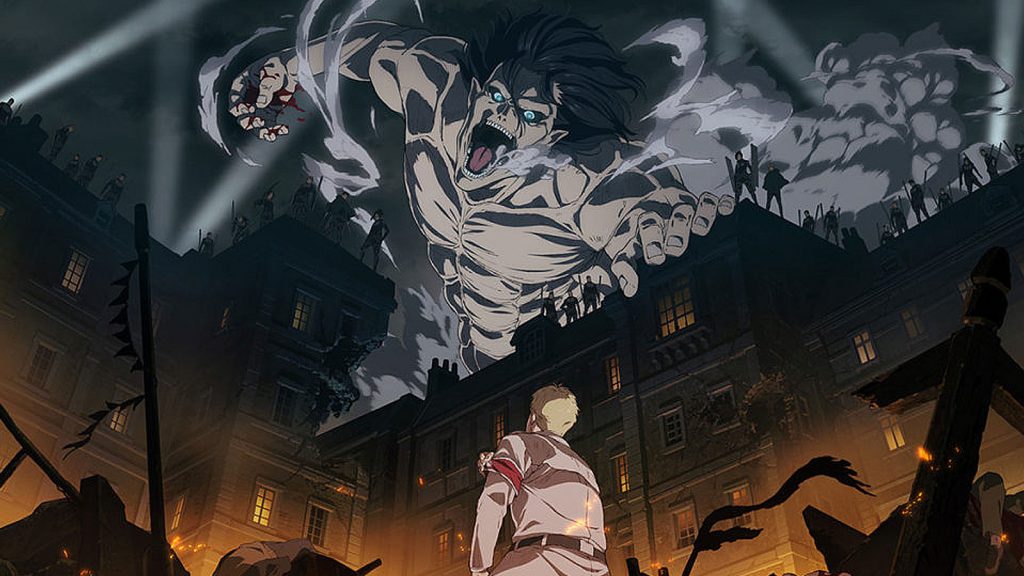 To get us started let’s talk a bit about Eren’s background and explain what we’re seeing in some of these pictures as well.

To do that I’ll be pulling some information from his Wiki Fandom page.

Eren Yeager is a former member of the Survey Corps and the main protagonist of Attack on Titan. He lived in Shiganshina District with his parents and adopted sister Mikasa Ackerman until the fall of Wall Maria. During the incident, Eren impotently witnessed his mother being eaten by a Titan. This event would lead to Eren’s intense hatred towards the Titans as he swore to wipe all of them off the face of the Earth.

Soon afterward, his father, Grisha Yeager, found him and gave him the key to his basement, instructing Eren to find it at all costs and retake Wall Maria. He then injected Eren with a Titan serum.

Here’s how they continue:

In the year 847, Eren, Mikasa, and his best friend Armin Arlert joined the 104th Training Corps. The three graduated with Eren ranking 5th best, and they joined the Survey Corps following the battle of Trost District. After finding the basement and unlocking his father’s memories, Eren learned about the truth of what the Titans are, as well as the history of Eldia and Marley. Eren then vowed to free his home from their true enemy: the rest of humanity that lives across the ocean. Eren currently possesses the power of three Titans. From his father, Eren inherited the Attack and Founding Titans. After eating the younger sister of Willy during the Raid on Liberio, he gained the War Hammer Titan as well.

So we have quite a handful of things to be building this workout around.

First and foremost I want to start with Eren’s abilities outside of his Titan form.

Eren has trained in both martial arts and vertical maneuvering equipment (as we’ve seen both Levi and Mikasa are extraordinary at), and here’s how his Wiki describes his abilities in each category:

Martial Arts: Originally, Eren’s only noteworthy trait was his natural physical strength, which stemmed from having to defend his friend Armin from bullies who were bigger and stronger. As he grew and joined the 104th squad, he trained extensively in hand-to-hand combat. After additional training with Reiner and Annie, Eren’s prowess and skill set diversified, including the use of punches, throws, grappling and submission locks.He had the best scores for hand-to-hand combat of the entire 104th graduate squad. While hand-to-hand fighting would appear useless due to the massive physical differences between humans and Titans, these skills gave Eren a powerful edge when fighting other Titans in his own Titan form.

Vertical maneuvering equipment: Though having little talent, through intense training and effort he managed to gain a considerable amount of skill with the equipment. Even so, Eren was not completely lacking in natural aptitude. While using the damaged equipment, he had managed to stay upright for a short amount of time, which the instructor, Keith Shadis, said was an incredible feat, and balanced with ease when using proper gear. The fact he graduated as the 5th best of the 104th graduate squad, even before Jean Kirstein, who was top of the class in mobility with the gear, implied that he had considerable combat skill with the maneuvering equipment.

So although Eren is a Titan, he’s not new to intense training.

Keep that in mind when you see the volume and intensity that is required for this one.

With Eren’s Titan form there are also another handful of powers that we’ll need to build around such as:

Most specifically the enhanced strength and endurance, which his Wiki Fandom specifically makes a note on (how incredible his endurance is in Titan form, long enough to incapacitate 20 Titans during his first transformation).

So get ready, because we’ll need to train to shred for Eren’s physique and maneuvering, while also training for super-strength AND endurance.

Tuesday: Deadlifts, Back, Biceps and MMA

Utilize some of these MMA training resources below:

For your endurance you have a couple options but the bulk of it will likely be done by running or using some varied cardio [machines].

I like to scale your running based on activity level, but if you’d like to vary it with a bike and/or other machines just scale up accordingly.

And, if you need some help getting started, here are a handful of celeb and character workouts:

Alternatively, you can also use HIIT training in the morning, or completely vary your cardio by doing a handful of different options.

If you’re also going to be adding in parkour to make up for our lack or Vertical Maneuvering Equipment, here are the best resources to do just that: